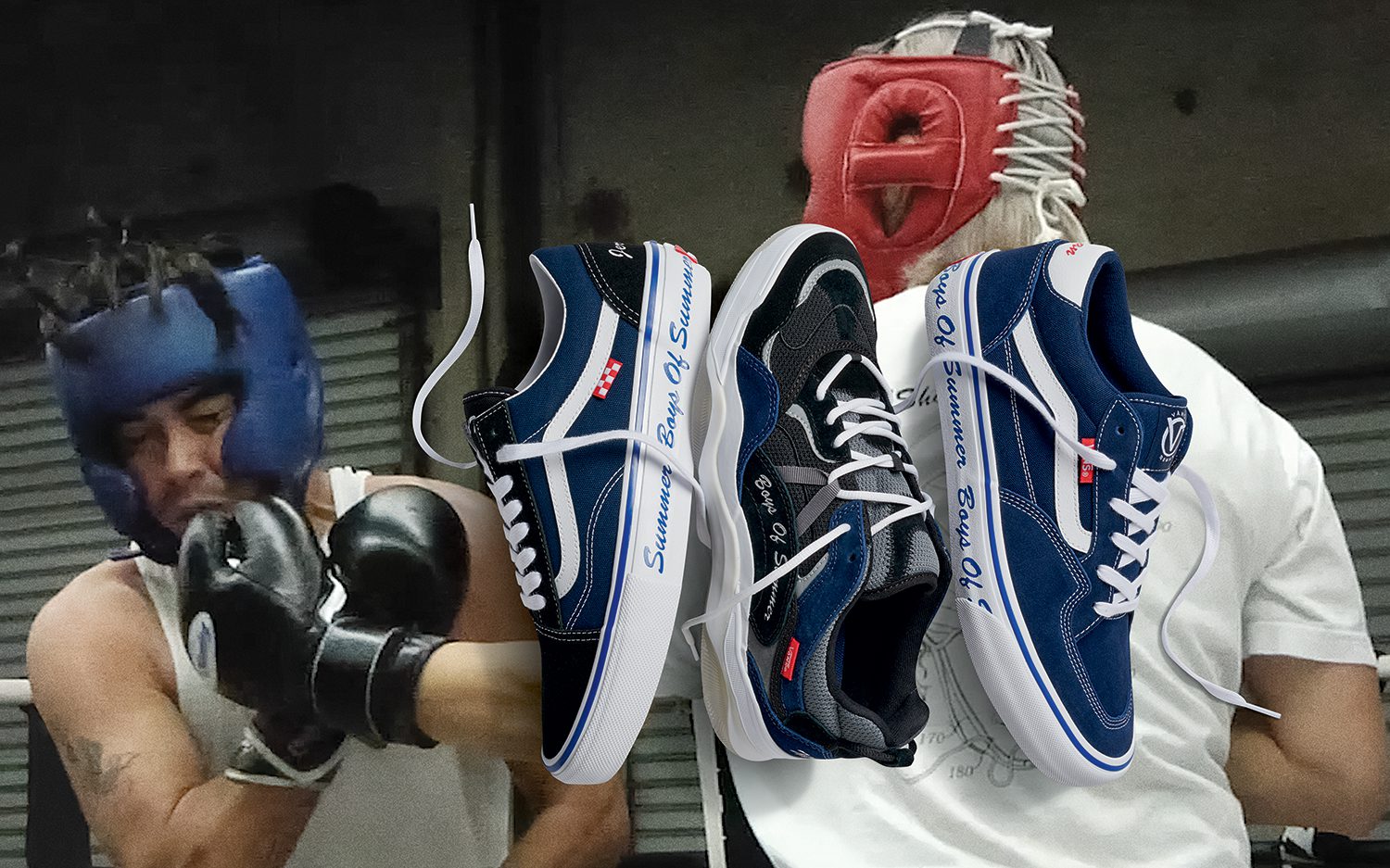 Always finding new ways to work with authentic brands in skateboarding, Vans has teamed up with Boys of Summer, well-recognized for their generationally-transcendent, nostalgic videos that capture the true spirit of skateboarding. Together, Vans and Boys of Summer are proud to unveil a new collection, featuring three new colorways across the Classic Skate Old Skool, Rowan Pro, and Varix silhouettes.

All about the crew and helping out the homies, Boys of Summer gained notoriety through videos featuring skateboarding legends, up-and-comers and influencers that highlight the dynamic between the Boys as they travel and skate together. The Vans x Boys of Summer collection reflects this dynamic with “shared pro models” that display one skater’s name on the left shoe and the other on the right. The names are visible on the uppers, as well as on the outsoles through crystal translucent rubber. All three shoes in the collection feature a quote that is meaningful to the duo on the interior tongue label. The collection also uplifts the graphic stylings of Alexis Ross, nodding to the iconic pop culture film excerpts interspersed throughout Boys of Summer’s videos.

Vans x Boys of Summer leads with the Skate Old Skool in a navy and black Jerry Hsu/Baby Girl colorway with a navy canvas quarter, black suede overlays and black foxing stripe. A white Sidestripe offers a classic Vans aesthetic, complimented by the shoe’s namesakes on the heel counters. “Good Times, Bad Times” is written on the exterior tongue, while “Boys of Summer” wraps the rubber sidewalls.

Vans and Boys of Summer elevate team riders Rowan Zorilla and Aidan Mackey with a new take on the Rowan Pro. A solid navy Rowan/Aidan colorway features a navy upper, with “Rowan/Aidan” in cursive on the heel mustaches and “Boys of Summer” on the sidewall.

A third, unexpected iteration takes shape with the Varix in a Manute/Steve Lee colorway, a throwback to ‘90s skate shoe aesthetics. The black/navy uppers are highlighted by reflective pops and graphic hits, navy pig suede overlays, and paired with a white sidewall and crystal rubber outsole.

Named for Don Henley’s 1984 hit, Boys of Summer aims to encapsulate the essence of skateboarding, reminding its audience not to take themselves too seriously. Half a decade ago, Supreme’s Jeff Kutter unveiled a surprise video project to the world, simply titled “Boys of Summer,” and featuring some of skateboarding’s upper echelon. The Boys include several top Vans athletes and ambassadors, including Rowan, Anthony Van Engelen, Elijah Berle, Andrew Allen, Beatrice Domond, Ben Kadow and Diego Todd. It’s safe to say that with two full videos under their belt and a third on the way, Boys of Summer aren’t through having fun yet, and summer isn’t ending anytime soon.

The Vans x Boys of Summer collection will be available May 27, 2021, at Vans Skateboarding retail locations and Vans.com/skate.