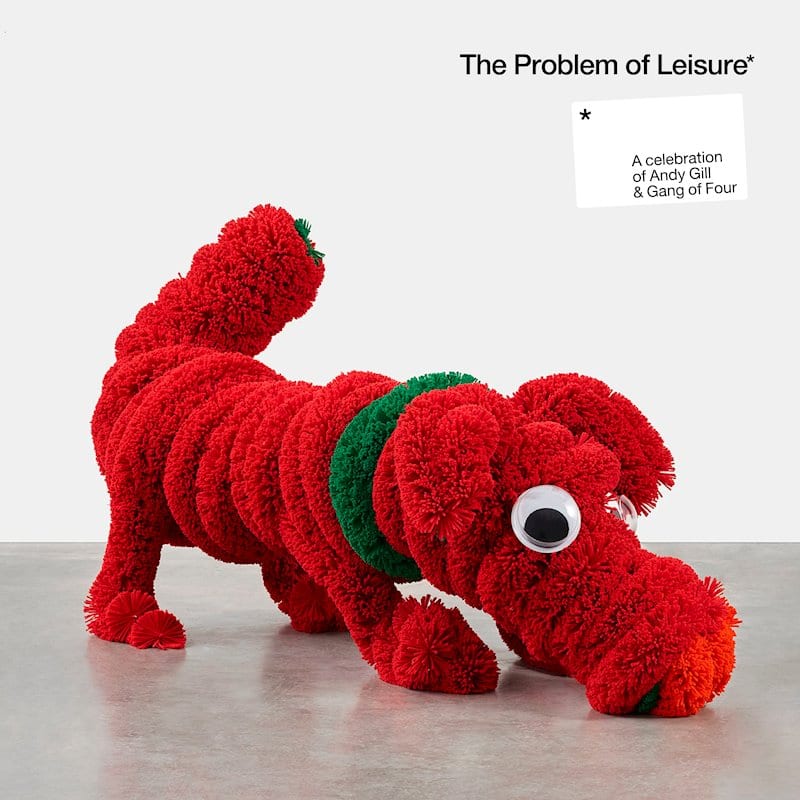 The Problem of Leisure: A Celebration of Andy Gill and Gang of Four

The legendary post-punk band Gang of Four’s fearless leader, Andy Gill, (rest in peace) was as outspoken as the best of them. During his trips to New York City or sitting in the lounge at the Four Seasons at SXSW, it was always a treat to hear his hilarious stories and outrageous opinions on life in general and music in particular. With his British dry wit, he was always an entertaining and intelligent bloke, and his revolutionary musical genius and brilliant contributions will be greatly missed.

Not only was Gill an influential songwriter, groundbreaking guitarist, revered music producer, controversial visual artist and the co-founder of Gang of Four, he was also a true gent.

As his bandmates stated at the time of his passing, “Andy’s final tour in November was the only way he was ever really going to bow out; with a Stratocaster around his neck, screaming with feedback and deafening the front row. His uncompromising artistic vision and commitment to the cause meant that he was still listening to mixes for the upcoming record, whilst planning the next tour from his hospital bed. But to us, he was our friend – and we’ll remember him for his kindness and generosity, his fearsome intelligence, bad jokes, mad stories, and endless cups of Darjeeling tea. He just so happened to be a bit of a genius too. One of the best to ever do it, his influence on guitar music and the creative process was inspiring for us, as well as everyone who worked alongside him and listened to his music. And his albums and production work speak for themselves. Go give ’em a spin for him…”

Over the last few years, previous to Andy’s death on February 1, 2020, Andy and his inner circle were working on and planning an upcoming album, which will now be released in May of this year.

As Rey Roldan, music industry veteran, explains, “It first started out as a covers record to celebrate the anniversary of the Gang of Four incendiary debut “Entertainment!” with different artists performing their takes on that great album. With Andy’s tragic death last February, from what is suspected to have been a very early case of COVID-19, this album transformed to a timely tribute to Andy’s genius and musical legacy.”

Tom Morello (Rage Against the Machine) and Serj Tankian (System Of A Down) have just released a cover of “Natural’s Not In It.” This new version of Natural’s Not In It is the first single from the album The Problem of Leisure: A Celebration of Andy Gill and Gang of Four, the new compilation double album featuring major artists with original artwork by Damien Hirst – to be released in May 2021.

Available to pre-order now at gangoffour.uk/the-problem-of-leisure

“Andy loved what Tom and Serj did with this song, the fierceness of their attack and the jet-engine scream of feedback” says Gill’s widow, Catherine Mayer. “This was a track Andy always enjoyed performing. He said their version brilliantly captured all the explosive, danceable energy Natural’s Not In It can create in live performance.”

The single, like many on the forthcoming album, first appeared on the band’s extraordinary 1979 debut long player, Entertainment!, an album universally heralded as a classic, and as “the fifth best punk album of all time” by Rolling Stone magazine. In 2006, the track gained new audiences when writer-director Sofia Coppola used it for the opening of her film “Marie Antoinette”.

Tom Morello spoke about the single:

“Andy Gill was one of a handful of artists in history who changed the way guitars are played. His band Gang of Four were just incendiary and completely groundbreaking with Andy’s confrontational, unnerving and sublime playing at the forefront. His jagged plague-disco raptor-attack industrial-funk deconstructed guitar anti-hero sonics and fierce poetic radical intellect were hugely influential to me.”

Serj Tankian also spoke about Andy and Gang of Four and the single:

“It was a real pleasure to work on this track with Tom and honor the legacy of Andy and Gang of Four at the same time.”

When Gang of Four’s co-founder and only lifelong member Andy Gill, died unexpectedly on February 1, 2020, the world lost one of its most influential and emulated guitarists and musical trailblazers. In May 2021, the world gets a new way to enjoy his genius and the lasting brilliance of the band he co-founded.

Andy Gill originally conceived of the album to mark the 40th anniversary of the release of Entertainment! in 2019. Catherine Mayer explains that this plan had already changed by the time of Andy’s death after some artists chose tracks from different albums and periods. His dedication to the project was such that he delayed the ambulance that took him to intensive care while Mayer fetched his laptop. Installed in hospital, he asked her to bring noise-cancelling headphones so he could listen and make notes on the incoming mixes. He worked on the music for ten more days until the doctors put him on a ventilator to try to save his life. They were surprised by his rapid deterioration and later came to suspect he was among Europe’s first victims of Covid.

“Andy was massively excited about this project,” Mayer says. “It wasn’t of course conceived as a tribute album, but it’s comforting to me that he lived to see artists he hugely admired enthusiastically agreeing to participate, signalling that the admiration was mutual.”

The album’s brilliant artwork was created by artist Damien Hirst, a long-term Gang of Four aficionado.

Details of all of the artists who have contributed to the album and the full track listing will be made available on January 14th, 2021.

The album is being released in a variety of different vinyl, CD and cassette formats featuring different versions of the artwork from Damien Hirst. All formats are available to pre-order now from gangoffour.uk/store, with the strictly limited edition “Dogluxe” double gatefold vinyl version exclusively available there.

ANDY GILL AND GANG OF FOUR

Andy Gill was a songwriter, guitarist, music producer, visual artist and the co-founder of Gang of Four. Formed in Leeds in 1976, the pioneering post-punk band Gang of Four released the groundbreaking debut album “Entertainment!” in 1979. The album spawned two of the most memorable singles of the era, “Damaged Goods” and “At Home He’s A Tourist” and, together with several subsequent releases, would go on to influence a huge array of musicians and bands including REM, Red Hot Chili Peppers, Nirvana, INXS, Franz Ferdinand, Rage Against The Machine, Bloc Party and LCD Soundsystem.

Gang of Four has always been recognised for its artwork as well as its music – the original nucleus of the band, co-founders Gill and Jon King, met in the art room at school and went on to study Fine Art at Leeds University. Political art theory informs every Gang of Four record from Entertainment! to the ninth and final album, “Happy Now”, released in 2019.

Andy Gill produced or co-produced the majority of Gang of Four’s music and also acted as music producer for other artists, famously producing the debut album from the Red Hot Chili Peppers in 1984. Subsequently he went on to produce over 50 artists, including The Stranglers, Killing Joke, Michael Hutchence, The Futureheads and Therapy. He also created music for movie soundtracks including Derek Jarman’s “Last of England”. Andy was born in Manchester on January 1, 1956 and died in London on February 1, 2020.

Damien Hirst was born in 1965 in Bristol and grew up in Leeds. He moved to London in 1984 and studied Fine Art at Goldsmiths college from 1986 to 1989. Hirst was awarded the Turner Prize in 1995. Since the late 1980s, Hirst has created installations, sculptures, paintings and drawings that explore the complex relationships between art, beauty, religion, science, life and death. Through work that includes the iconic shark in formaldehyde, The Physical Impossibility of Death in the Mind of Someone Living (1991) and For the Love of God (2007), a platinum cast of a skull set with 8,601 flawless pavé-set diamonds, he investigates and challenges contemporary belief systems, and dissects the uncertainties at the heart of human experience. Since 1987, over 90 solo Damien Hirst exhibitions have taken place worldwide, and he has been included in over 300 group shows.

Andy Gill’s widow Catherine Mayer, bestselling author, the co-founder of the Women’s Equality Party and Primadonna Festival, has written a memoir about Andy, love and loss in lockdown. “Good Grief: Embracing life at a time of death”, which speaks of Andy’s passion for the covers album, was published by Harper Collins in the UK, Ireland, Australia, New Zealand and South Africa in December 2020 and will be published in Canada and the US in July 2021.