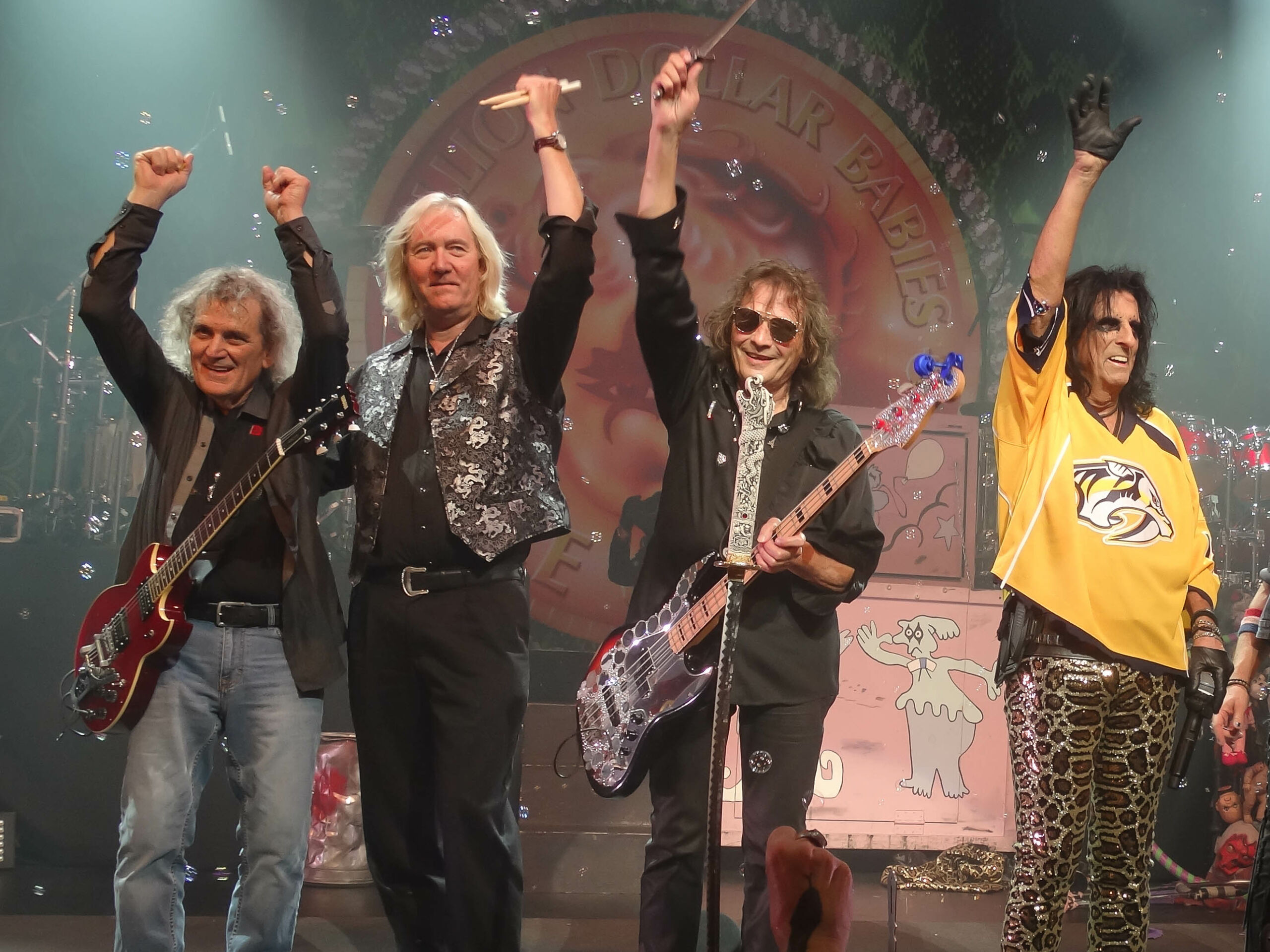 The Los Angeles premiere of ‘Live from the Astroturf, Alice Cooper’ will be showing on October 14, 2019 at 8pm at the W Hotel in Hollywood, California, followed by a Q+A with Michael Bruce, Dennis Dunaway, Cindy Dunaway, and Chris Penn moderated by Howie Pyro (Intoxica Radio/Danzig/D Generation) & Keith Morris (Author & Singer of OFF!/FLAG/Circle Jerks/Black Flag) as well as an afterparty at The Viper Room where Michael and Dennis will sit in with the house band that evening.

The next day Live From The Astroturf, Alice Cooper the album is up for best Record Store Day packaging as a part of the Making Vinyl Hollywood Packaging Awards on October 15, 2019.  The album is also up for Grammy consideration voting from 9/25/19 until 10/10/19.

‘Live from the Astroturf, Alice Cooper’ is part concert film, part documentary short highlighting the near incredulous story of how Alice Cooper super-fan Chris Penn, who runs a record store in Dallas, Texas, was able to coax the original lineup into reuniting at his store 41 years after they had disbanded.

Alice Cooper, the singer, went on as a solo artist in 1974, continuing to use the same name.  This reunion marked the longest set the original members had played since that time, and their first appearance together since being inducted into the Rock and Roll Hall of Fame in 2011.

Live from the Astroturf, Alice Cooper features a soundtrack mixed by Justin Cortelyou and the legendary Bob Ezrin, who is responsible for producing most of Alice Cooper’s output, including a string of eternal rock hits.  The performance was released on 7” and 12” colored vinyl as Record Store Day official releases. The 7”, which features the songs “I’m Eighteen” and “Is It My Body?” was reported to have been the fastest selling Record Store Day release of all time.

Alice Cooper rose to fame with original band members Michael Bruce, Glen Buxton, Dennis Dunaway, and Neal Smith in 1971 when their song “I’m Eighteen” ushered in an era of anthemic, rebellious rock music. The band became known as well for their stage theatrics, which included mock executions by hanging or beheading, signature makeup, and snakes. After Alice Cooper went solo, taking the name with him in 1974, the remaining band members continued making music. However, Cooper’s trajectory continued to outshine his former bandmates for decades.

The UK premiere will take place at the iconic and intimate Castle Cinema in Hackney, London, on October 9th. This date has been specially selected as it coincides with Alice Cooper being in the capital. He performs at the O2 Arena, Greenwich, the following night.

The event will be attended by super-fans, film crew and both past and present members of the Alice Cooper family. This will include Dennis Dunaway, former Alice Cooper bass player, who will also premiere his Rock Cinema Short, Cold, Cold Coffin. Cindy Smith Dunaway who created the band’s early glam look will also be in attendance. Ryan Roxie current lead guitarist for Alice Cooper who sat in for the late Glen Buxton at the event in 2015 as well as Chris Penn the man responsible for the reunion will be on hand to answer questions too.  Brian Cichocki director of Cold Cold Coffin will be making the trek to London also.