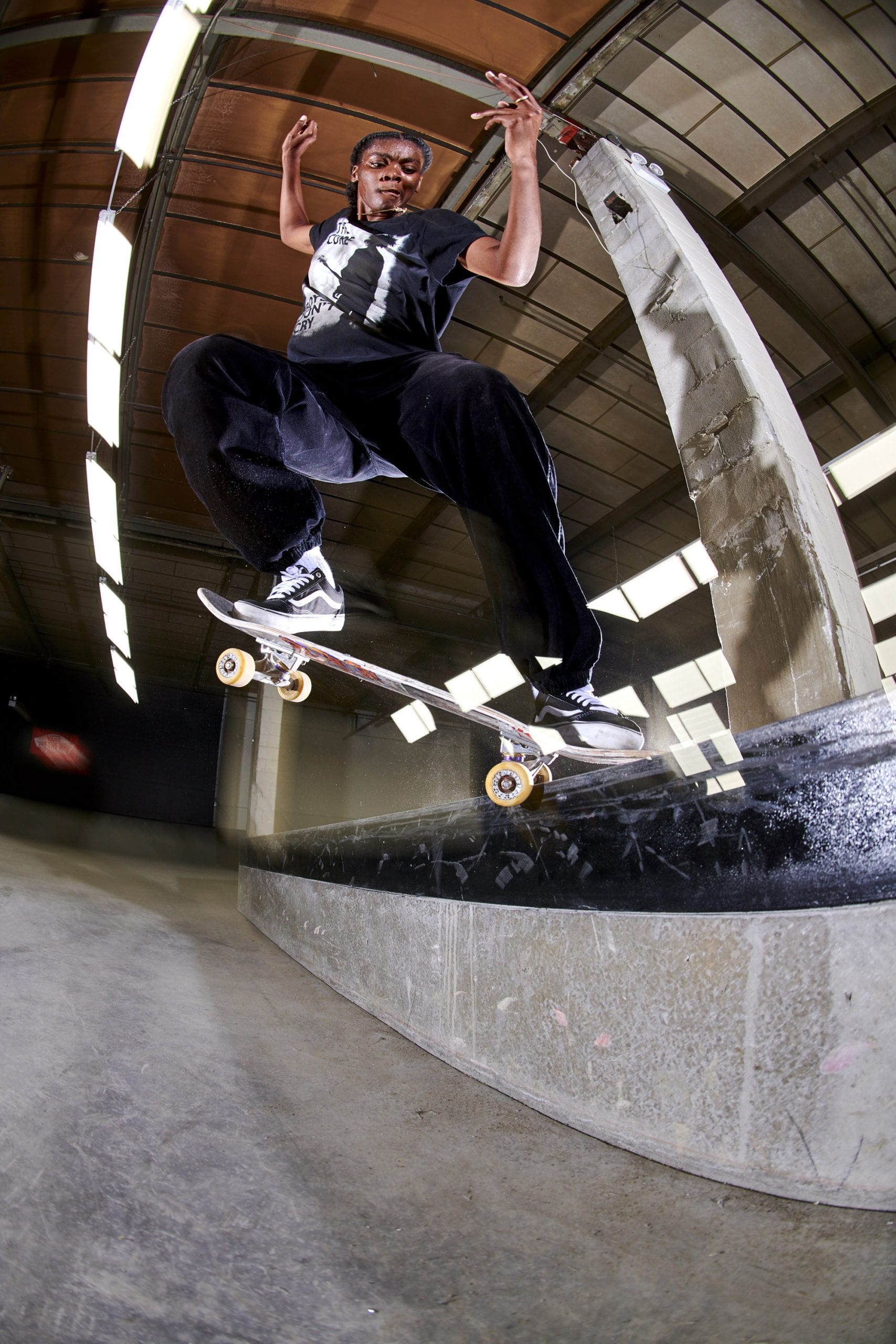 Anthony Van Engelen talked to Murph about the impact skateparks have on communities and skateboarding. AVE says, “I started skating in ’89 and, around ’90, I figured out what it was all about and there was nowhere to skate and I live in Southern California. There was nowhere to skate. Because of that, street skating was birthed, which was great, but now, with all these parks, these kids are so well-rounded. They are gnarly bowl skaters and they are gnarly street skaters and they are everything. The more parks and opportunity to skate is always a good thing for skateboarding and the communities that they put them in. It’s awesome. ”

Rowan Zorilla explained the need for a spot like Vans Skate Space 198 in Brooklyn, “It’s a good way to give back to this community out here. There is not really a public place for kids to skate during the winter when it’s snowing. Get down here early because I bet it’s going to fill up quick.”

Beatrice Domond talked to Murph about progression in women’s skateboarding, “More girls are seeing that there’s an opportunity for them, so more and more girls are like, “Maybe I can do this.” And they go out and try to skate every day. Some people need to see a physical representation of themselves and then they’re like, “I can go for this too.” They can show their parents, like. “Look at this girl. She’s doing it. I can do it too.”

Vans lays it out for New York skateboarders to play it out with a free indoor skatepark for all of those who need to ride. New York weather is no joke and skaters do whatever it takes to keep the fire lit and get a session in when the snow falls and the rains come down.

Over the years, indoor spots in the metro New York area have come and gone, with rare key-holder warehouse bowls and ramps or private training facilities for only the privileged few to skate. Vans recognized the need for a consistent public indoor facility open all year round and has come through in Bushwick with exactly that.

Vans Skate Space 198 is FREE and is, in my opinion, one of the cooler cultural investments a company can make happen. It shows that the success of a brand in skateboarding is not based on what skaters you can pay the most money. It’s more about what you can give back to the community that supports your brand. It’s about skateboarding and that is it.

Vans has been giving back to the skate community since its inception in 1966 and the Vans Skate Space 198 proves they have never forgotten where they came from.

After 18 months of planning, Vans is excited to announce the grand opening of its highly anticipated, indoor skate facility, the Vans Skate Space 198. Located in the rich, cultural enclave of Bushwick in Brooklyn, NY, the free, public skatepark officially opened on January 2, 2020.

Serving as a community-focused space rooted in skateboarding, the Vans Skate Space 198 will provide skaters a sanctuary from the harsh winters of New York City, and host engaging activations of skateboarding culture throughout the year. The immersive space will enable Vans fans and skaters of all levels to embrace their creative expression through a skate lens. Whether it’s skateboarding itself, art or music the programming offered throughout at Vans Skate Space 198 will be 100% informed by creativity and inspired by skateboarding’s authentic heritage.

Designed with a labor of love and meticulously built with California Skateparks, Vans Skate Space 198’s design is a true representation of both park and street, with several features inspired by classic New York City skate spots. In addition to features proposed by the local New York City skate community, the brand new park is designed with a mix of unique materials and textures, making it a truly one-of-a-kind collaborative skate space in the heart of Brooklyn.

With Vans Skate Space 198, Vans’ remains committed to fueling skateboard culture and progression, while providing a local platform for the greater Tri-State area to enjoy.