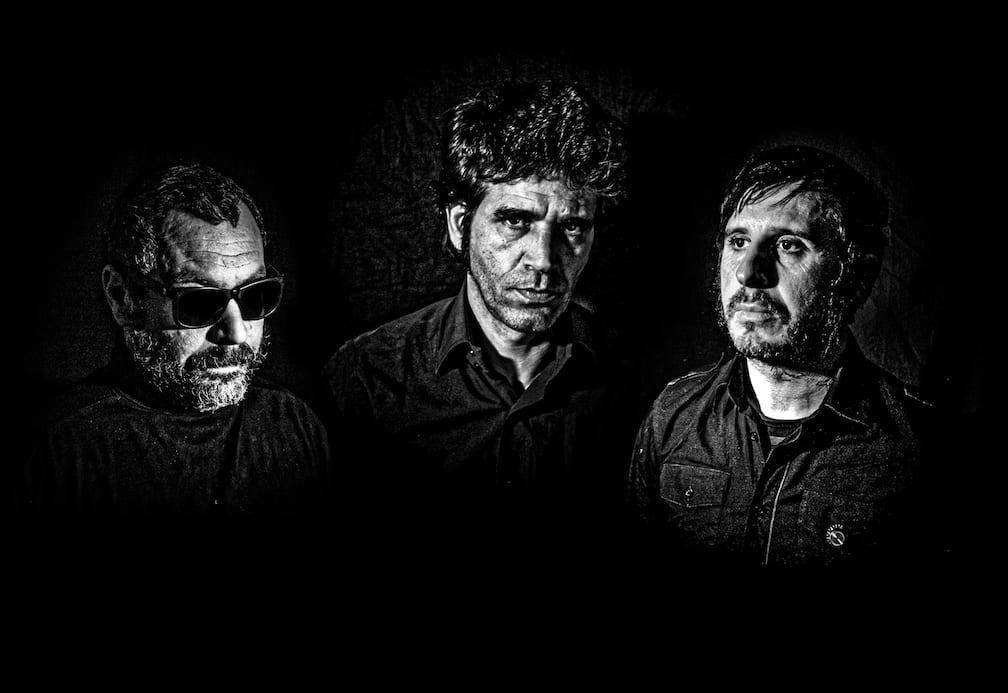 France’s underground rock n’ roll scene is underappreciated. There are bits and pieces scattered online that forms a picture of its current state, but you’re likely getting half (if that) of the story.

France contributed a lot to the ideologies and development of punk rock too outside New York and London, but that also is often overlooked. All that has changed lately with more documentation and articles published, shining light on the first wave of bands to emerge from Paris alongside the influential work Guy Debord and the Situationist movement had on the subversive, anti-establishment thinking of the subculture.

Currently, a scene still thrives across the nation; we’re just not hearing much about it. In Toulouse, a trio called Destination Lonely can tell you a thing or two about the state of France’s underground as they’ve spent most of their lives involved.

Formed in 2009, Destination Lonely has been around 11 years now. 2020 is a big year for them with passing a decade of existence and releasing their new LP, Nervous Breakdown, for their longtime home Voodoo Rhythm Records.

Nervous Breakdown is their third LP for Voodoo Rhythm and their most ambitious effort with new musical styles utilized on top of their corrosive garage blues.  Their lyrics are heavily antisocial and somewhat depressing. However, they’re not gloom and doom themselves; they’d instead write songs about that stuff than live it.

Juice Magazine caught up with their members Marco Fatal (vox/guitar), Wlad (drums), and Lo’Spider (guitar/backing vox/organ) to give us a glimpse of their history in France’s underground and what makes them tick.

Each of you guys holds a backstory prior to Destination Lonely and have heavily been involved in other bands prior to getting together. To give readers some insight on you three, can you talk about your past groups and what you accomplished with them? How did you all three meet and keep this going for a decade?

(Wlad) I met Marco almost 30 years ago when we were both living in a town near Spain’s border called Perpignan. It was pretty annoying until friends began to organize shows through their association “L’art ou cochon”. Every garage punk band from Toulouse came to play Perpignan, and that’s how Marco and I met Lo’ who, at the time, was playing with a bunch of them. I began playing drums for The Beach Bitches around this time (We recorded three LPs in 10 years and toured heavily around France). In 2000, I moved to Toulouse and Marco moved there a few years after, so we started a few bands together: The Fatals & Kung Fu Escalator. I left The Fatals in 2005 after a few 7″s and shows and started the band Blew-Up! with Lo’ Spider, we recorded an LP, and that project stopped after two years. In 2013, Marco approached Lo’ and I to play in Destination Lonely.

(Marco) Wlad said everything. After the end of the Fatals, I moved from Toulouse to Bordeaux and formed The Complications with Looch Vibrato from The Magnetix. We did a few records and tours with that. In 2009, I began Destination Lonely and asked Lo’ and Wlad to join the band in 2013. Alongside Destination Lonely, I play in a band called Amphetamine Penis with Arthur [Larregle], something more punk!

(Lo’) I’ve played music since I was 14. The Flying Rats, then the Space Beatniks with whom we did three or four 7” releases. In 1997, I gave birth to The Jerry Spider Gang, a hi-energy rock’n’roll combo with two ex-Beatniks and a friend. Between 1997 and 2014, we released three albums, a few singles, and did 600 gigs all over Europe. Other groups, I participated in include The Zoomen, Dividers, Blew-Up! (w/ Wlad as our drummer), and Ultrapede. Like Wlad mentioned already, Marco asked he and I to join forces in Destination Lonely. Aside from the band, I also run Swampland Rec, an analog recording studio in Toulouse. That was in 1997 with Magnetix; now it’s my main job. Over the years, I’ve worked with the following bands at Swampland: The Spits, Movie Star Junkies, Magnetix, Monsters, Slift, Mama Rosin, Catholic Spray, Crusaders Of Love, Les Lullies, The Scaners, Lame, Cathedrale, The Anomalys, Bad Mojos, etc.

(Marco) Simply because we love it !

(wlad) For me, there is no plan in there, except for having fun while playing music with friends, sharing our songs on stage, and meeting good guys.

(Lo’) Rock’n’ roll ‘s been my life since I was 14 years old, I don’t know anything else haha! Drinking’ in the bars, partying, and playing music! The music we play is part of the music we like, raw rock’n’roll, punk, garage, that’s all we are!

What were you guys listening to that makes Nervous Breakdown a much heavier sounding album than Death of An Angel? Were these songs written especially for this record or carried over from other album sessions?

(Lo’) We recorded Nervous Breakdown during two sessions in 2017 and 2019; some of the songs are older, with the rest being brand new. The big difference between the three Voodoo Rhythm albums is that Marco mostly wrote the first two when Wlad and I weren’t a part of the band yet. For Nervous Breakdown, it was only new songs, composed as a band, and with two different singers, so the paradigm changed a little bit.

Are there any personal songs on Nervous Breakdown you can discuss?

(Lo’) There’s like some specifics in Destination Lonely; you must write about the dark side of life and especially heartbreaking love stories, haha! Most of the songs are about just that, some based on true love stories. “Out of Your Head” is about a vampire girl I met a few years ago; “Lovin’” is about the difficulties to recognize, find, and admit love. “Cry” is the same, “Nervous Breakdown” and “In that Time” are more about the time passing and human decrepitude. Schizo MF, that’s a pure policy.

What’s been a highlight for you three since you’ve carried on for this long? Have there been any opportunities or plans discussed about bringing this to other countries to tour?

(Lo’) We take it easy, seriously easy. We do this for fun; we’re not at an age to have a full-blown musical career. We’ve got day jobs and many things going that fulfill our lives. When it comes to touring, we usually do something around 40 gigs a year with one or two ten-date tours across France and around Europe. We’ve played through Germany, Switzerland, Spain, Italy, and into Scandinavia. That’s a good rhythm for us; our goal isn’t to make a living playing music anymore. We want and plan to keep playing gigs, but we’re not looking at jumping on a plane for any massive tour anything like that.

What’s the response been in your local scenes to you three? Is Toulouse & Bordeaux crowd a strong supporter for you guys or do you see a bigger response in other parts of France or even outside?

(Lo’) We’ve got a lot of friends in Bordeaux and Toulouse. However, we can’t say the crowd is really helpful or supportive there, nor in France or Europe. We don’t play exactly what can be called “easy music”, there’s an audience for it, but I don’t think it can be that big overall! Throughout the years, we’ve been noticing more people attending the shows; however, our army of fans is growing!

What do you guys want to accomplish together before it’s all said and done for Destination Lonely?

(Lo’) A double LP, done! Nothing special really. Good shows with all the people and bands we love. I think we’ve still got some good songs to record. What else? Maybe playing in Istanbul or these crazy Spanish festivals!

(Wlad) I hope we’ll play again in Sardinia because I missed that gig during our last Italian tour. I had a heart attack during the show in Torino.

Can you mention any groups you’ve played with or have recorded that we should be aware of and check out?

(Lo’) There are so many, the gig with Mr. Airplane Man was great. The release party of the last Slift album was memorable and, of course, The Reigning Sound gig in Paris. Be aware of the new Cathedrale album too. It wasn’t recorded at Swampland, but it’s excellent! Foggy Tapes also are from Toulouse; their first LP Here Comes the Fog, is a blast! The Nobels are a brand new garage 60’s band, the new Sonics/Wailers; it’s fantastic! Bad Mojos are a kind of a European version of The Spits, excellent punk music and nice guys! Nestter Donuts is a one-man gypsy band from the city of Alicante in Spain; he’s preparing something wild & crazy for Voodoo Rhythm currently. You may know these other groups too: Les Grys Grys, The Scaners, Les Lullies, Decheman & the Gardener, Videodrome, Ian Kay, etc.

For more information on Destination Lonely, check out their Bandcamp page to hear everything.

Story and Interview By Matthew Hutchison