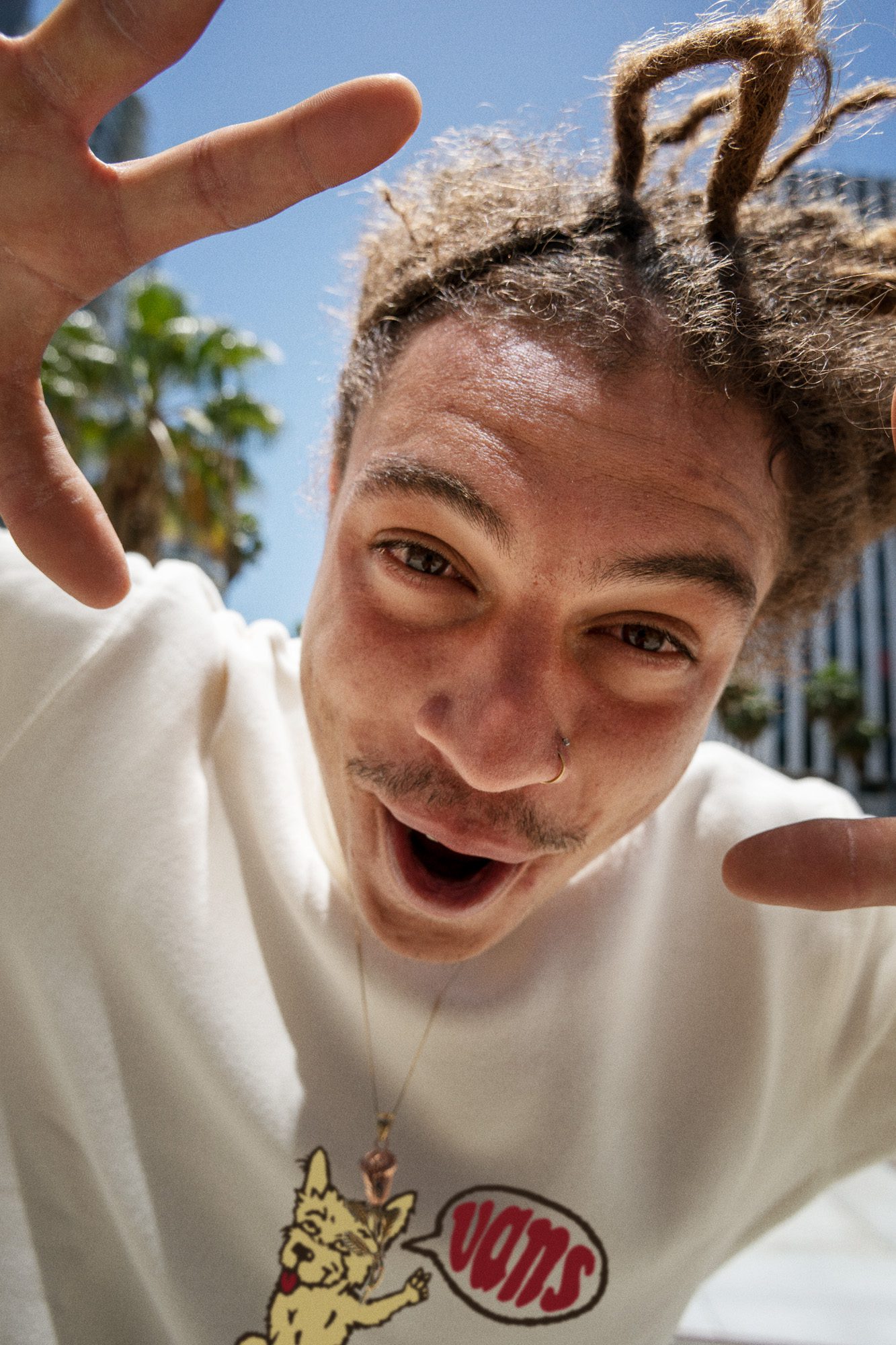 East Coast born and raised skateboarder, Tyson Peterson, is no stranger to the spotlight. He has always made skateboarding look easy and fun, ever since he started skating at age 11, as he cruises from line to line with a smile plastered across his face. Peterson’s wild style epitomizes skate culture as he lives in the moment and is happiest when riding.

Peterson made the move from Melbourne, Florida to Long Beach, California, as he continued pursuing skateboarding as a career, which worked out well, as he got on Vans in 2017 and officially went pro for Baker Skateboards in 2019. Vans newest shoe drop, The Wayvee, was created with input from Tyson and you can see his entire collection at Vans.com/Wayvee.

In the new short film, “Vans Skateboarding Presents: Tyson Peterson”, directed by Patrick O’Dell, Peterson spoke strongly about his relationship to his mother, sister and grandma, “the three women that he grew up with and raised him”, explaining that he was heavily influenced by the females in his life.

Regarding his mother, Peterson said, “She believed in me to where I feel like I owe her everything. She’s done everything for me my whole life – her and my grandma. Now I’d do anything for them. Now that I’m capable of doing it too, sign me up – anything.”

In regards to Tyson’s love for skateboarding, his mom said, “That’s all he ever thought about – school, come home, drop his book bags and go out [skateboarding]. I was like, “If you like it this much, this must be your life dream.”

Andrew Reynolds spoke on behalf of Peterson, who he first saw skating in Florida and tried to start hooking him up right away. The Boss said, “He could skate tranny and do these really weird ledge tricks and he looked different… It’s like his personality comes through in is skating… He seems like somebody that should be on Baker.”

Michael Burnett calls Tyson, “the kind of guy that makes you feel like the new kids are on the right track…” He added, “You don’t worry about skateboarding with a guy like Tyson…”

Peterson skates as if he was born to ride, and the way he floats on his board from trick to trick is inspirational. He continues to show skateboarding in the way it was initially understood upon its inception— as a creative outlet.