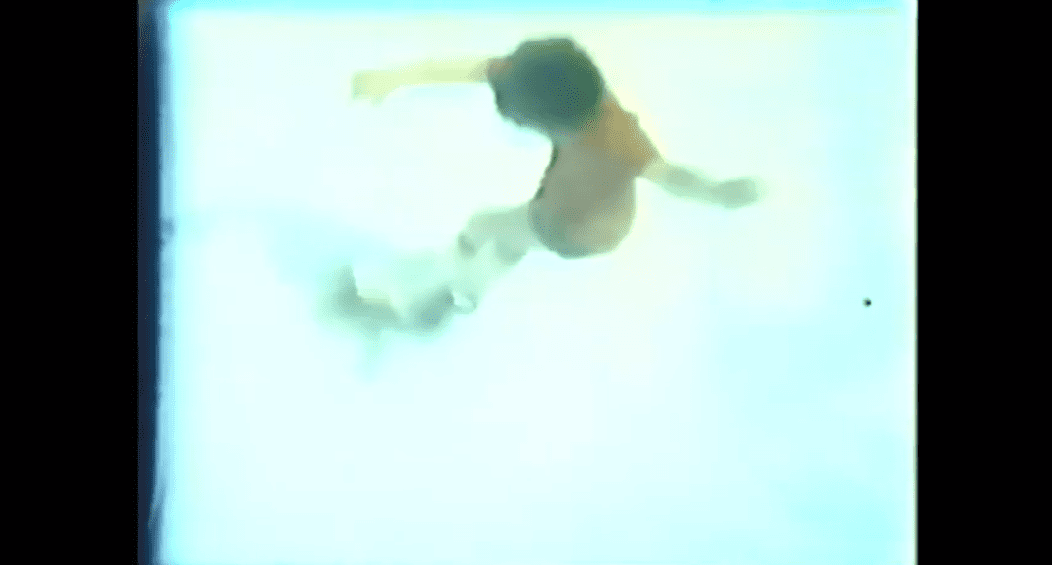 Sounding like they could have come out of Seattle in the ’90s, grunge band Prince Of Lilies recorded their forthcoming debut album “Vent” with Nirvana-noise guru, Steve Albini, at his Electrical Audio studio in Chicago, Illinois, in just two days and all on analog tape.

The music video for “The Year I Broke” by the band, Prince Of Lilies, features vintage and rare, never-before-seen Z-Boys of Dogtown style footage from the ’70s and ’80s of former World Champion skateboarder Kenny Mollica in his youth.

The single cover for “The Year I Broke” features Pyn, the singer and guitarist of Prince Of Lilies, skating Chicken’s Pool in Huntington Beach, California. Photo by Kenny Mollica.

Being described by the UK press as “Nirvana meets Hüsker Dü” and “The sound of Kings Of Leon being abused by Nirvana”, Prince Of Lilies fuse grunge, punk, and thrashing garage rock and takes indie rock and gives it a well deserved punch in the face leaving it bloodied, raw and stunned – replacing the smug self awareness with an injection of rock n roll spirit.

Prince Of Lilies write dynamic pop songs with a hardcore edge, replacing slickness for a gritty live feel and punk attitude, managing to sound like they’re actually playing in the corner of your bedroom threatening to tear a hole in your speakers.

Here’s what Prince of Lilies singer, Pyn, had to say about the track.

“I grew up part time in the USA and was best friends with Kenny Mollica in the early 70’s. We both started skating in late 1974. I spent my summers living in Dogtown with family friends and their oldest brother was friends with Tony Alva. I got to see all of the Z-Boys skate up until the late 70’s as I was living in Santa Monica in the summers. I’ll never forget the first time I saw T.A. rip up a ramp! I also learned a lot from them about punk rock and they both shaped my life: skateboarding and punk rock. Then surfing came in too. I saw Kenny, who’s in the video, rip up Apple Skatepark years later and he was as good as anyone in the world then. But he lived in Columbus, Ohio. So the skate world didn’t care enough. But years later we both skated together again and we went to Chicken’s Pool and he still was ripping with that rad style. I’m very proud that he finally did become a World Champion in skateboarding later on. Wow. Youth and our dreams. This song also reminded me of when I was young and full of rage. I’m glad I still skate or surf most every day and still play in a punk band. I’m a Dogtowner in my soul. And I’m forever grateful to Tony, J-Boy, and Kenny for inspiring me to be what I am today: An eternal grom punk. Stay rad.”

For more information on Grunge Pop Records, go to: