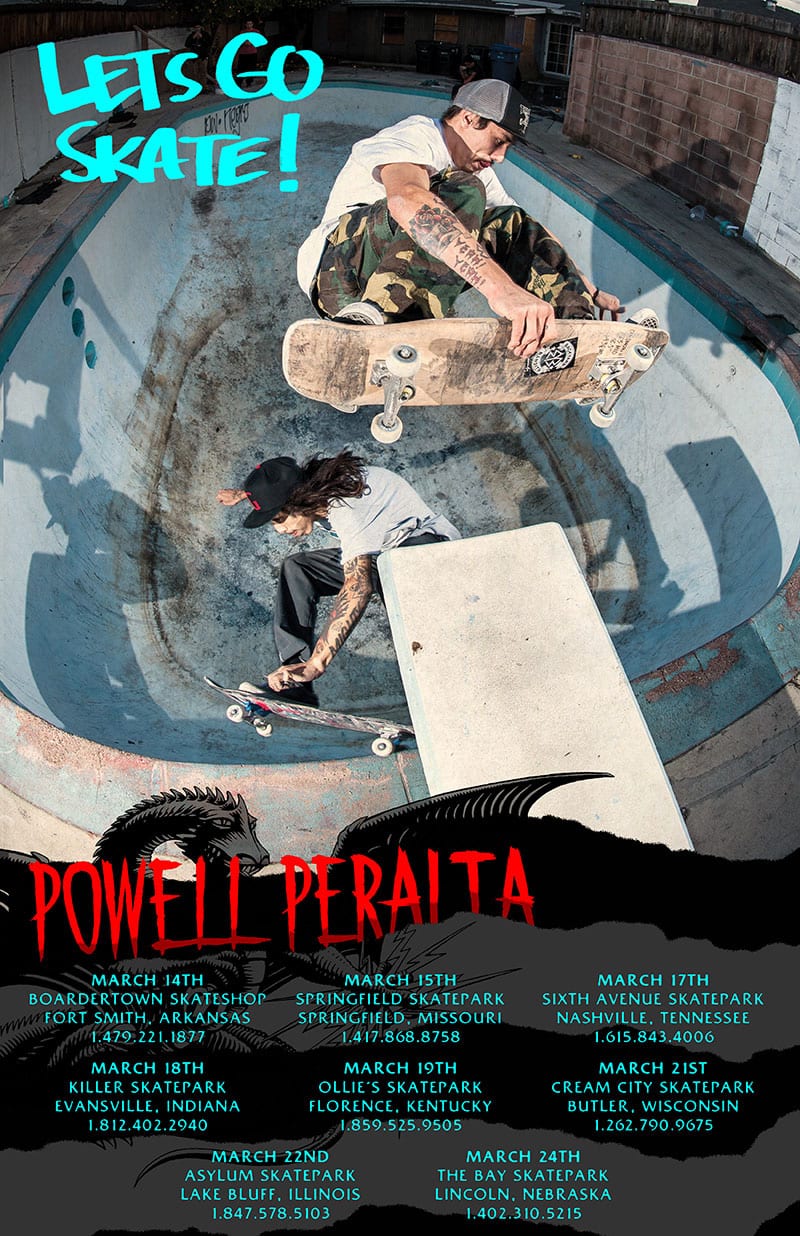 Powell Peralta is bringing their illustrious team to eight skateparks this March for its Let’s Skate tour. One of the best traits of skateboarding shares the same ethos of punk rock shows in that there is no separation between fans and punk rockers. When you go to a punk show, you are part of the band and, when the Powell Peralta team comes through your town this spring, you can be part of the skateboarding and the fun. Bring your board and your appetite and have a great time!

This March, the Powell Peralta team will travel to eight skateparks around the U.S. to skate and hang out, bringing it back to the old school way of doing things. No demos, just meeting, skating and bbqing. Let’s skate!