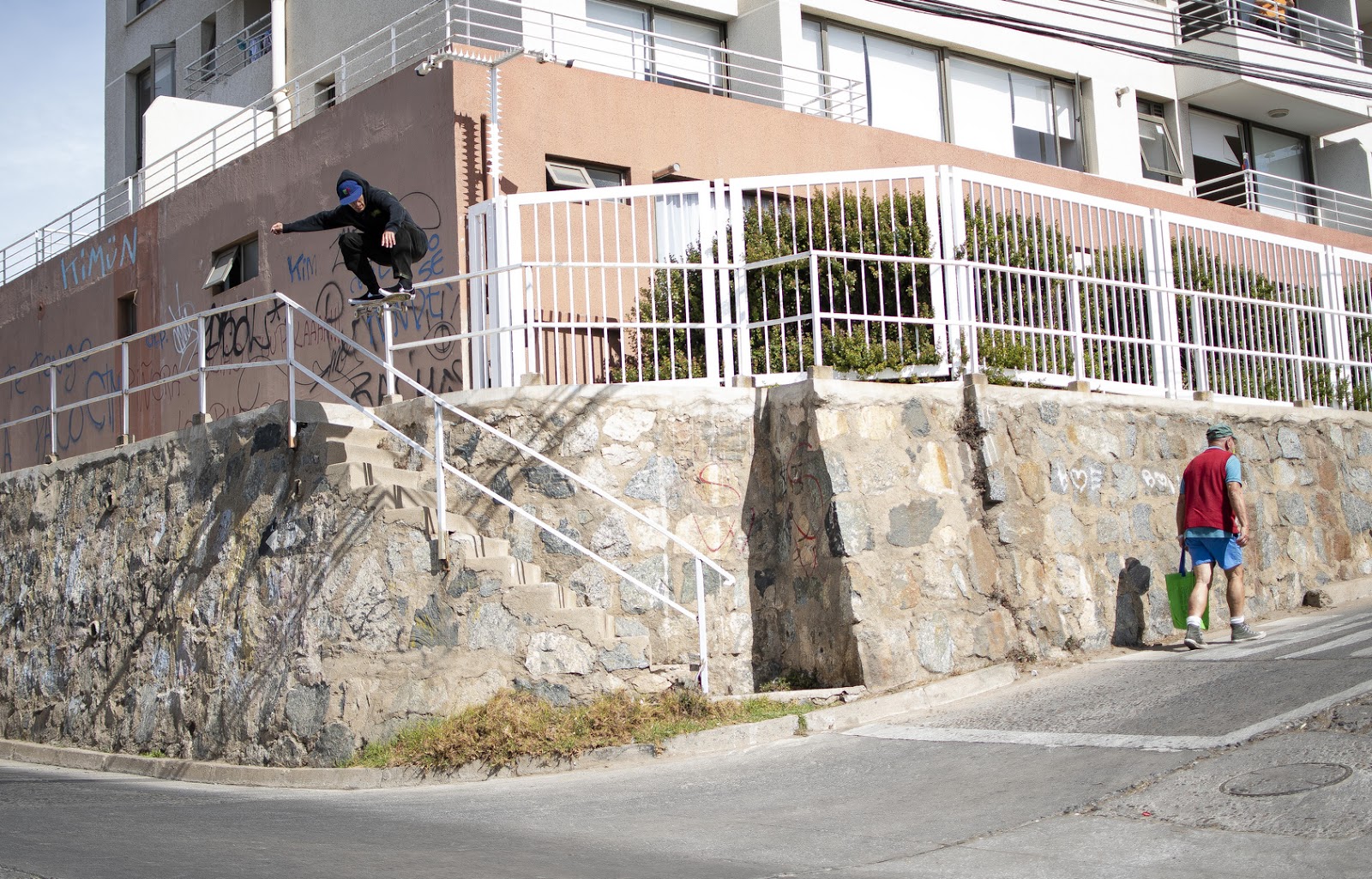 Take a look at this video to check out the DIY skatepark MATADERO in Chile and El Caño ditch in Costa Rica and some of the skate scene in São Paulo Brazil plus much more with the Vans South American Team. Read on for more about season 2 of “Mi Casa Es Tu Casa”.

In 2020, Vans’ South American skate team headed out across the region for “Mi Casa Es Tu Casa,” a four-part video series that saw them shred the most famous spots in Brazil, Chile, Argentina, and Columbia. Now, the crew’s on the road again for “Mi Casa Es Tu Casa” Season 2. Over the course of four episodes, viewers will see the Vans South America team crisscrossing the region with stops in Chile, Costa Rica, Panama, and Brazil.

The energy in “Mi Casa Es Tu Casa” Season 2 is palpable, but don’t get it twisted: this is no glossy, manicured, series of skate videos. It’s a raw, rugged, and honest look at skate culture in South America, captured in an intimate filming style.

“Mi Casa Es Tu Casa” Season 2 features a stacked roster of skaters, including Jhancarlos Gonzalez Ortiz, Felipe Nunes, Emilio Dufour, Virginia Fortes and Valentina Petric. Though there are plenty of jaw-dropping tricks, skateboarding is just as much about community off the board as it is about feats on it, so the second season of “Mi Casa Es Tu Casa” will give viewers a look at the personalities and friendships of the Vans Skateboarding team as well as show why they’re the best in the region at what they do.

First, the team heads to Chile for a session at the famous DIY skatepark MATADERO, before hitting Costa Rica to shred the El Caño ditch and the colorful Parque de Hatillo. While in Panama, the Vans skaters pay a visit to Cinta Costera and Plaza Porras, while even getting a session outside of Estadio Maracaná.

The series finishes with a whirlwind tour of Brazil, filmed in both São Paulo and Brasília. São Paulo’s highlighted spots include the Vans André Hiena and Pug skateparks as well as street skating in the city’s south and west districts. Lastly, the team pays homage to famed architect Oscar Niemeyer by using some of his creations for jaw-dropping tricks during a trip to Brasília.

Episodes from “Mi Casa Es Tu Casa” Season 2 are rolling out on the Vans YouTube channel from January to March. Chile’s episode is live NOW, Costa Rica’s on January 25, Panama’s on February 9, and Brazil’s on March 1.