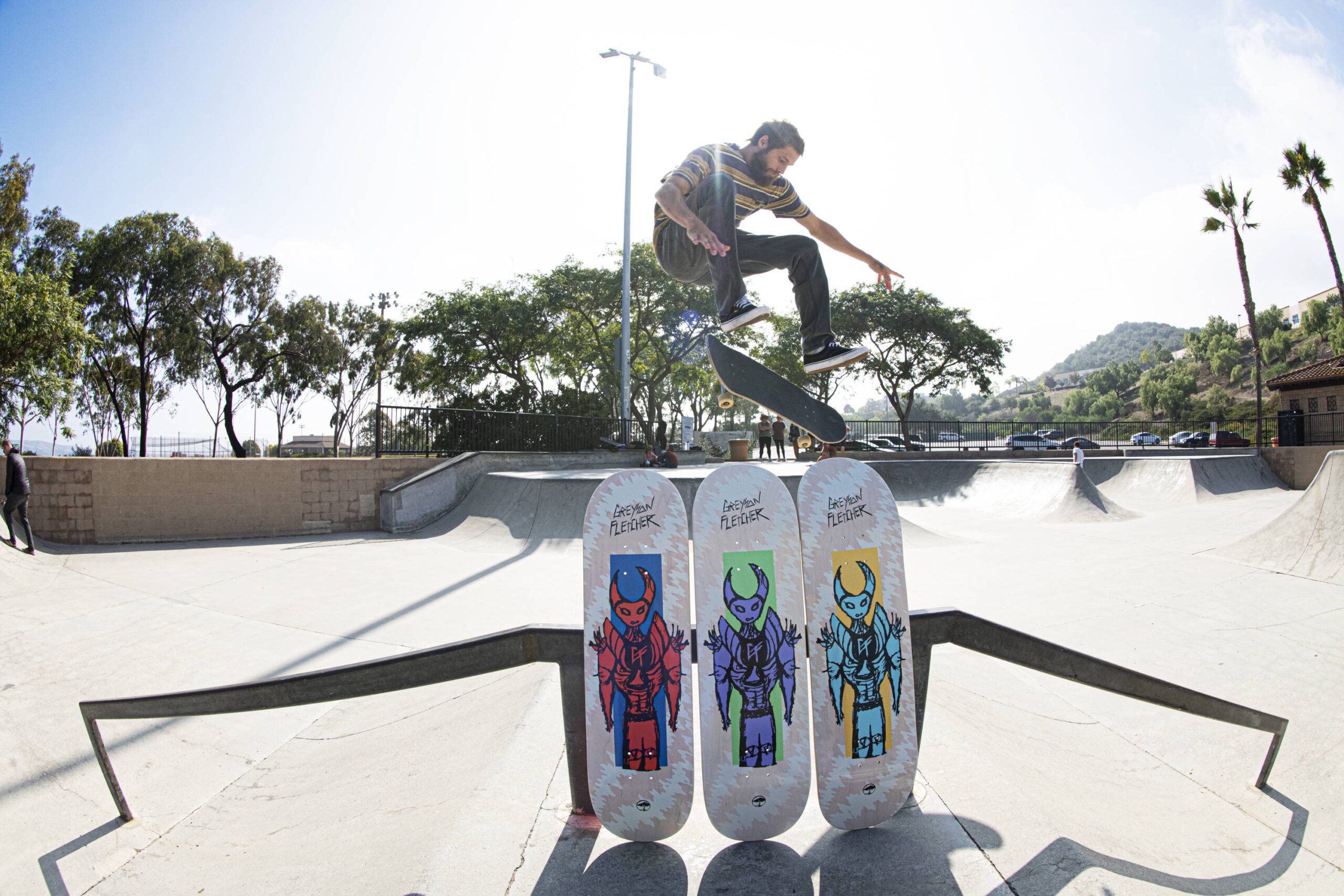 Arbor has announced its first two pro models with Greyson Fletcher, with the release of Leave Blood. This new edit, filmed in Greyson’s studio, and at his local San Clemente Skatepark, highlights Greyson’s skills as both a skateboarder and an artist.

Arbor is proud to announce its first two pro models with Greyson Fletcher, with the release of Leave Blood. The new edit, filmed in Greyson’s studio, and at his local San Clemente Skatepark, highlights Greyson’s skills as both a skateboarder and an artist.

Arbor’s mission is to reduce the impact that producing skateboards and snowboards has on the planet. For decades now, this effort has been shaped by both the athletes and artists the Brand works with. These distinct collaborators define performance, progression, message, light, and color for the Brand, as it works to deliver sustainability year-in, and year-out.

Every once in a while, an individual comes into the Arbor family who excels at both art and skateboarding. Greyson is just such a person, and the Brand is stoked to highlight both his raw, powerful skateboarding and deeply personal art in this film. Those passions made these new models possible – the first ever Greyson Fletcher shapes to feature his artwork.

Crossing the Grain: The 25 year journey of Arbor

In 1995, two friends launched Arbor to make environmental conservation the guiding principle in the production of their snowboard and skateboard products. Arbor would become the first action sports brand founded to focus on sustainability and formally commit to donating a portion of sales to the restoration of the environment. The story of how Arbor got from this idealistic start to the brand it is today, has never been told.

Crossing the Grain. The film takes you through Arbor’s launch into an extremely crowded mid-90’s boardsports market; its struggles to find acceptance for its sustainability message as the industry rapidly consolidated in the early 2000s; and the realization that it would take a more collective path forward to survive and thrive as the first eco-minded snowboard and skateboard brand.

Crossing the Grain is an insightful look at how the business was saved, how the brand’s founding commitments were reinforced, and ultimately how Arbor earned its place as one of today’s most innovative and enduring brands.

Filmed and edited by @blackkoles