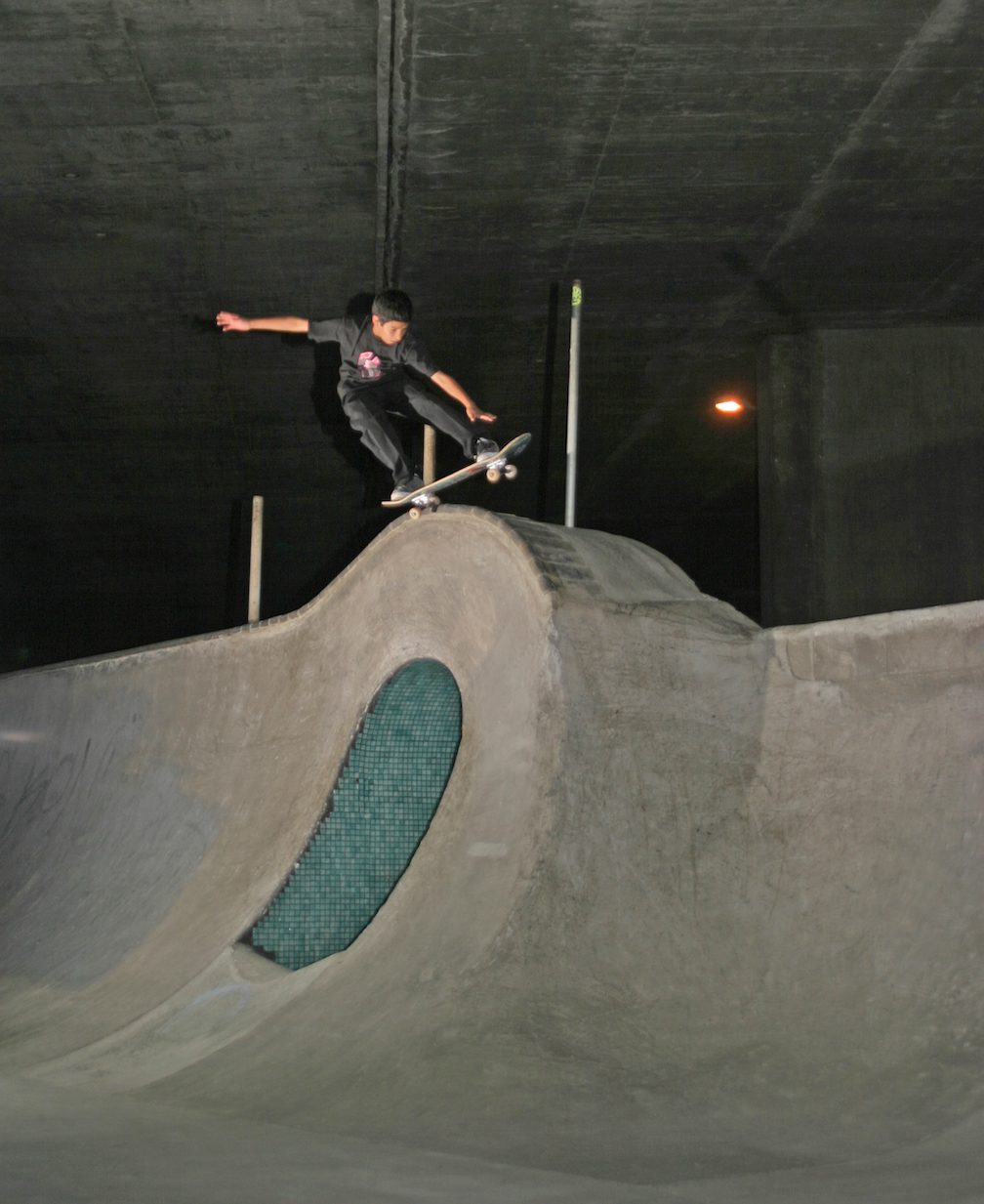 SPSA Got The Keys Back! Councilmember Joe Buscaino paid a visit to Channel Street Skatepark in San Pedro, California, on Tuesday, October 12th, 2021, to give the keys back to the SPSA!

What this means is The San Pedro Skatepark Association is the official tenant of Channel Street Skatepark. The SPSA signed a 20-year lease with the City of LA General Services Department, with options to renew.

The next steps in order to reopen are to fix, repair, and rebuild what has been demolished. The fences around the park and the barriers in the bowls will remain up for now to allow SPSA to make repairs in a timely manner without additional delay. This process could take 3-4 months, so check in at http://www.sanpedrosk8.org for updates.

What you can do is STAND BY… Eventually, the SPSA will send out a call for cleanup crews, build crews, or any additional things needed, but for now… stand by and share the news and donate to the cause at http://www.sanpedrosk8.org/donate.

As April Jones, the esteemed filmmaker who is making the “Concrete Law” documentary to tell the story of this beloved DIY, said, “Channel Street Skatepark successfully existed for over a decade under Interstate 110 in San Pedro, California, until 2014 when overpass construction led to an ongoing shutdown. Channel Street founders and advocates have continued to push for a reopening, but the legal matter proves to be a more complex task than anyone ever imagined. The San Pedro Skatepark Association, a non-profit created by its founders to build, manage and fund Channel Street Skatepark, has been working relentlessly to accomplish the goal. No one has ever had to work backwards to get a DIY skatepark permitted, up to code and reopened after a shut down, yet the S.P.S.A. is determined to get the job done. The focus of my documentary ‘Concrete Law’ is to shine light on Channel Street and its battle to reopen this vital DIY skatepark for San Pedro and skateboarders all over the world.”

Congrats to the SPSA and all of the skaters of San Pedro and many thanks to everyone that never gave up the fight!

9 years ago… no one could have said it better than Grosso… Thank you!