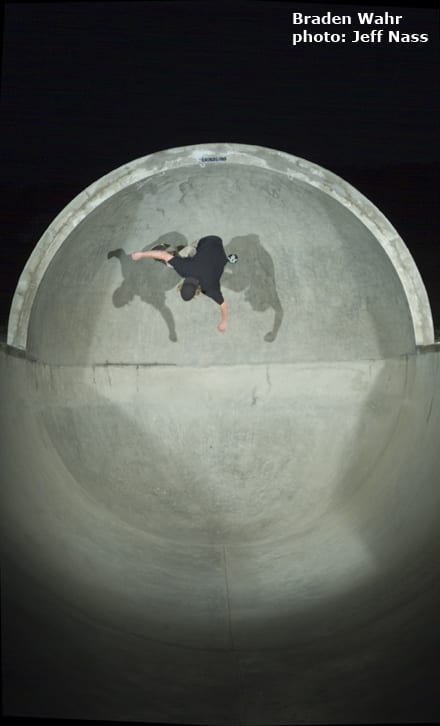 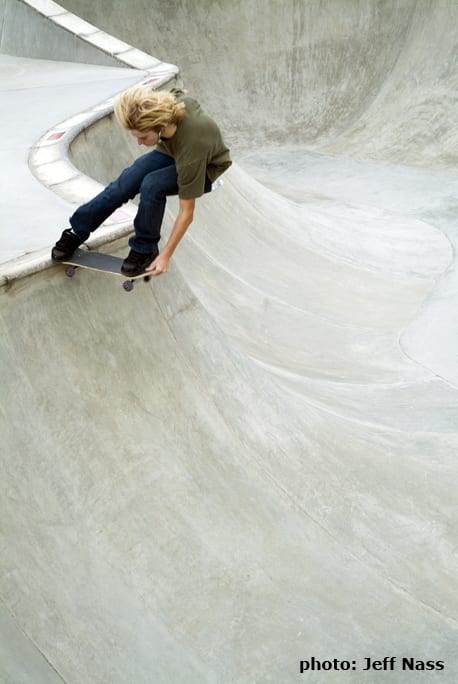 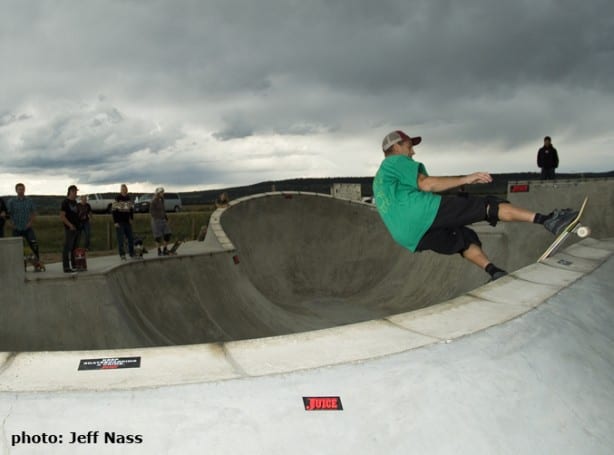 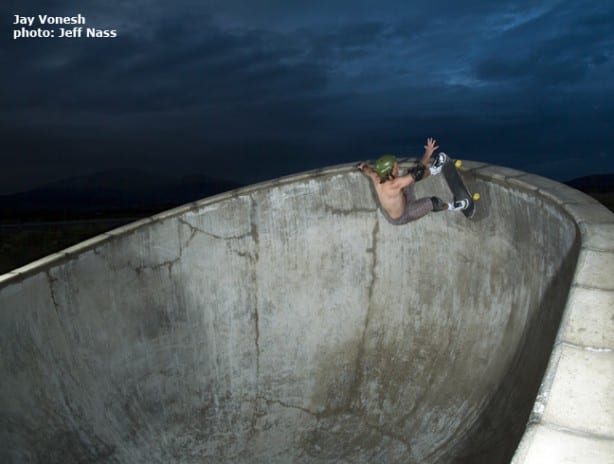 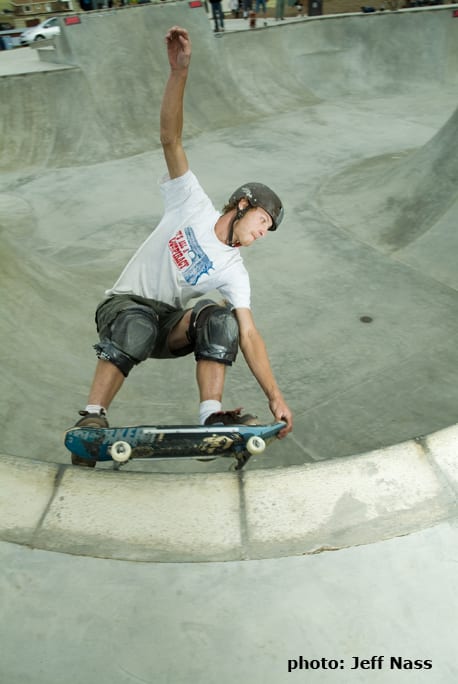 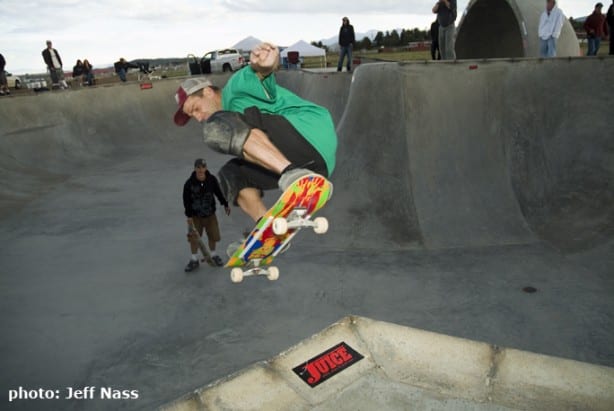 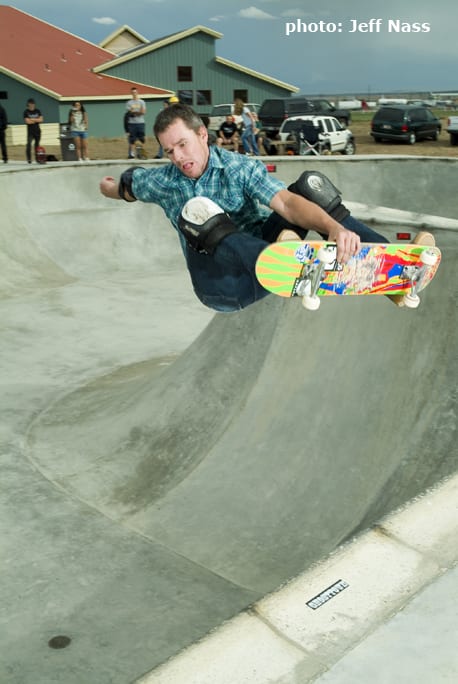 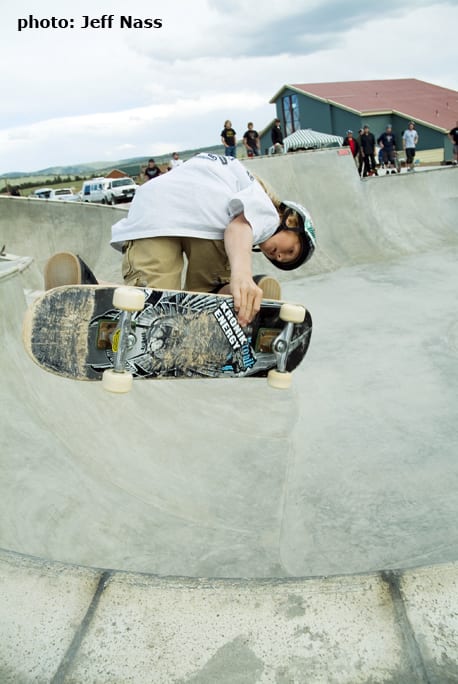 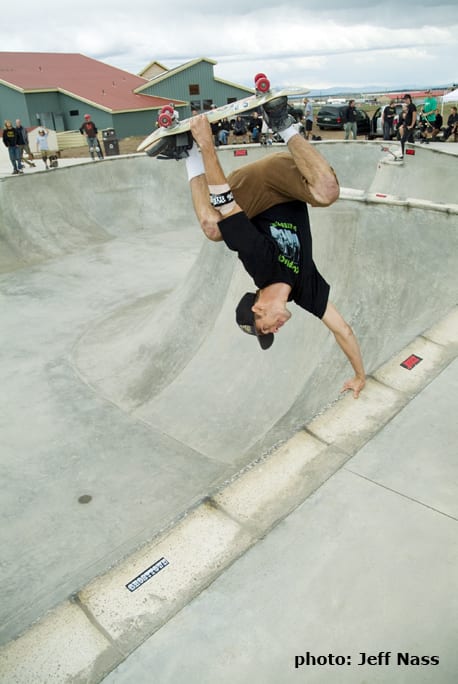 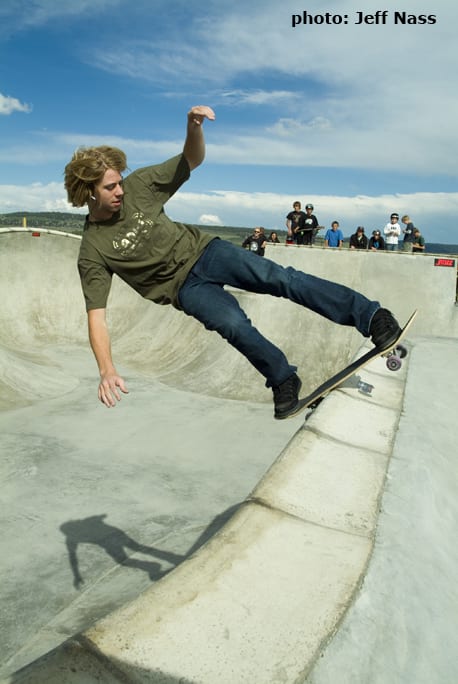 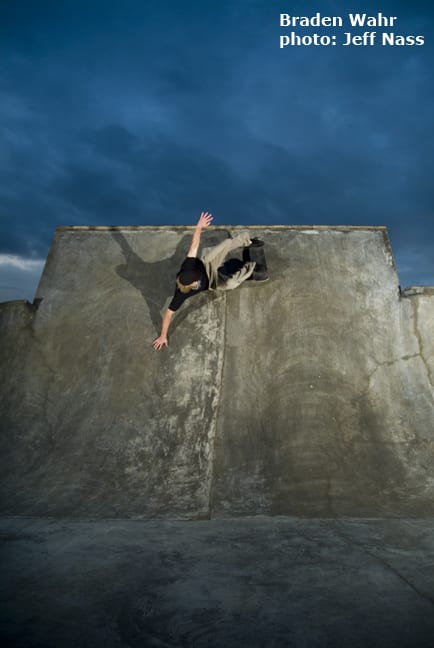 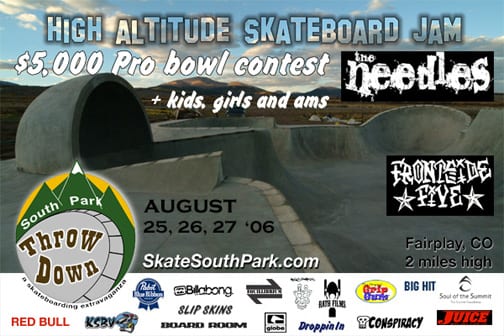 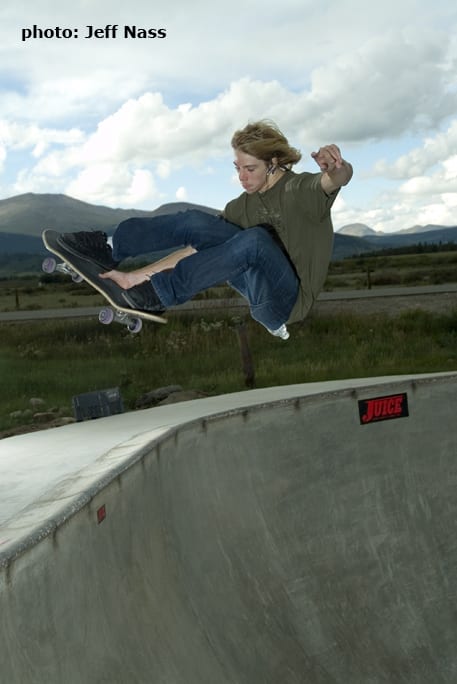 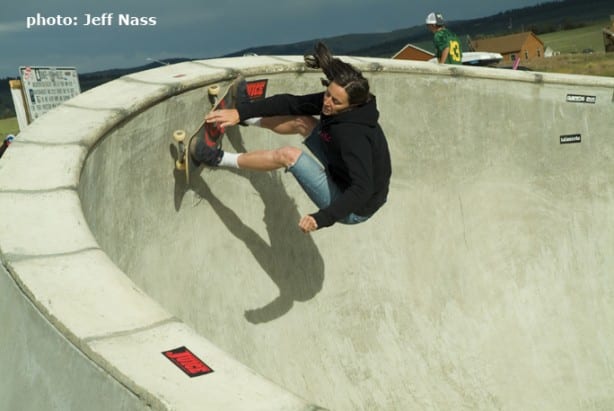 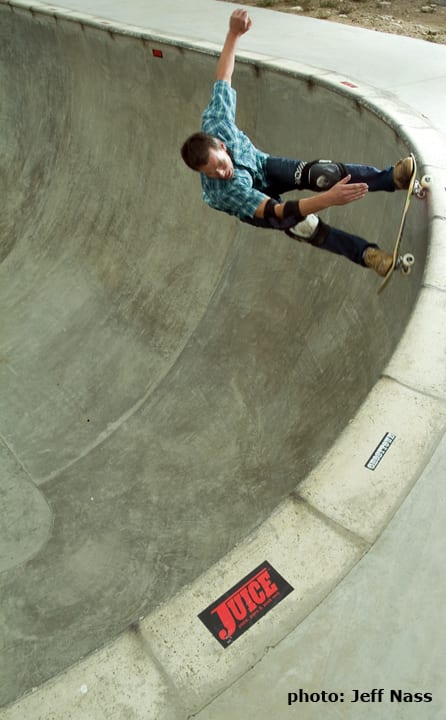 O.k.. I’m just now starting to sober up from last weeks antics. I’ll try and give a brief run down of the event (from what I remember). Loaded up Fri. and after certain (supplies) were acquired, we were on our way to 10,000′ above sea level. Two miles high baby! The session was already going off by the afternoon. I immediately jumped into action and plastered Juice stickers everywhere, including a few cop cars! YYYYYYYAAAARGGGGGGGGGGGGG. High fives were made, brews were consumed.

Saw Heidi Fitzgerald along w/ Jimmy ‘The Greek’ sporting a broken wing. Science Fair was in the house also Dan Rea w/ HellSkull and little Morgan Burgess in tow. The talk of rain was being thrown around. We quickly drank those concerns away and set up camp next to the park ‘Skatopia style’ The town had a ‘Dinner and skate video night’ at the VFW but at $10 to watch our own videos we shined it for the local pub. Whatever you could think of that went down, did. That’s enough for me. 5 a.m., better call it a night. Big day tomorrow er, today. Whatever.

Sat. morning. RAIN! Crack a brew and wait it out. This would prove to be the trend all day. More people trickle in. Abe Towery and family, Beaz Lovelace, Shaggy, Brute, and the whole damn Conspiracy team. The rain clears and yours truly gets on the mike to get the show rollin’. Up first was the 17 and under. These kids killed it and showed no fear. Rain again. Broken up by the highest cradle carve jam. Close call and it looked like Shaggy would take it with the double 11 o’clock, but then comes in Rion Linderman with a full on 12 o’clock carve almost grinding down the side of the cradle!

With every one amped the Girls jam was ready to go down. A jam format proved to be dangerous. Some words were had and it was decided on a timed call out session. More fucking rain!

The over vert event was next. What can I say, but it was the Dave ‘Science Fair’ Maxwell show. The pro event is next. $5000 up for grabs! Jam format was the only way to go. 30 minutes turned into 45 and then an hour! TOTAL CARNAGE!!!!!!!!!!!! 2-3 people in the bowl at any time. Huge snake session! YYYYYYYYAARGGGGGGGGGGGGGGGGG!

Highlights included Shaggy’s speed lines, Glen Charnoski’s egg plants, Josh Bailey’s Rotorooters, Jerry Hahn’s 360 hurricane grinds, Science Fair clearing the decks, and Tim Johnson’s head high super tweaked stalefishes over the hip. I have not seen that much power skating in one place ever before. Award ceremonies were held that night at the VFW then we were all treated to the punk up your ass tunes of Frontside Five and the Needles. When it was all said and done, it went down like this;
16.Ryan Green
15.Ben Butler
14.Jay Varnish
13.Brent
12.Derek Suerynk
11.Josh Bailey
10.Dave ‘Shaggy’ Palmer
9.Cameron Dowse
8.Jerry Hann
7.Chris Lehamn $200
6.Chris the snake $200
5.Glen Charnowski $200
4.Morgan Burgass $600
3.Dave Maxwell $800
2.Rion Linderman $1,000
1.Tim Johnson $2,000

FOR MORE PHOTOS BY JEFF – CHECK OUT – WWW.JEFFNASS.COM