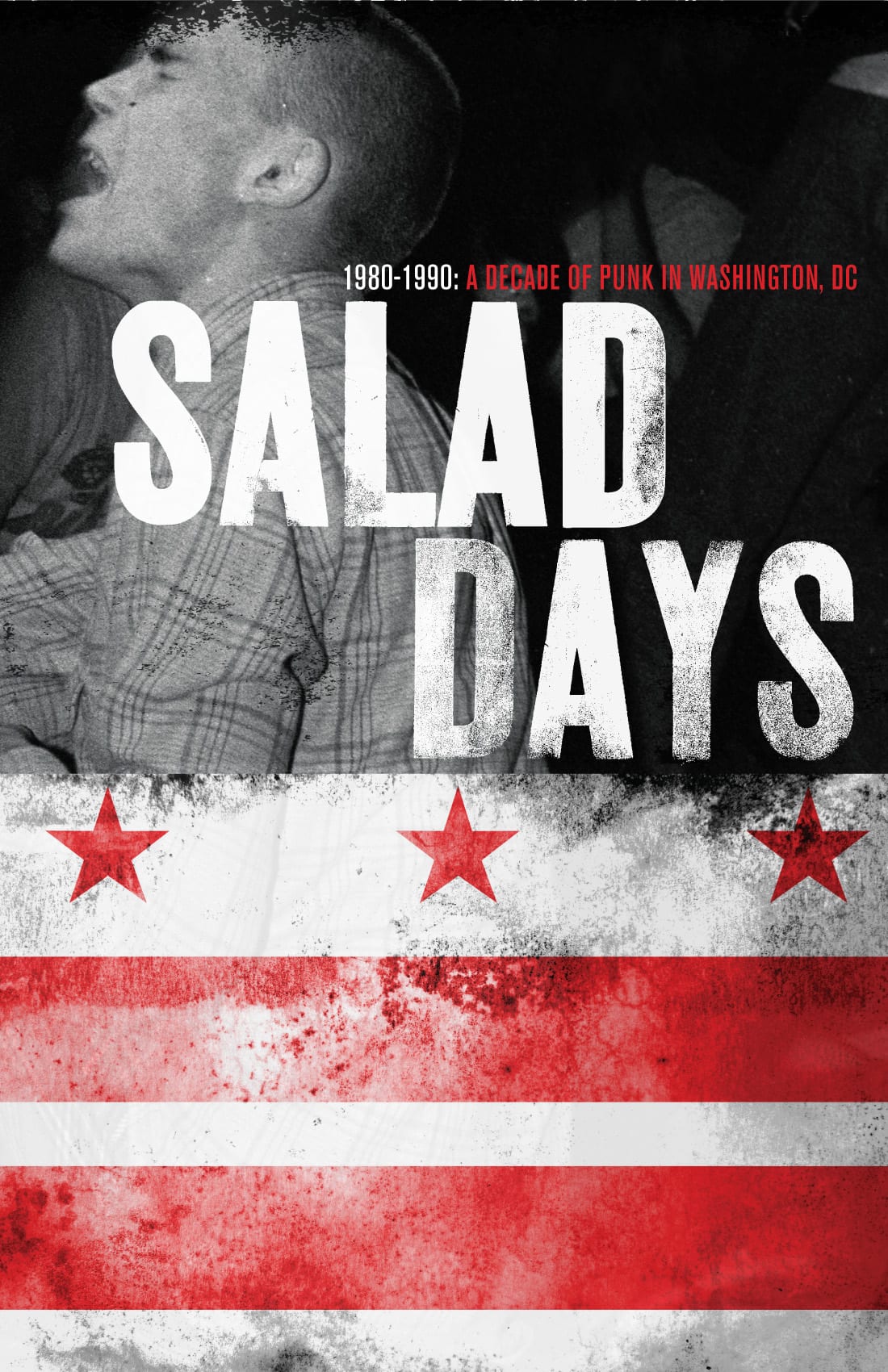 Press Release:
We are elated to announce filmmakers, Scott Crawford and Jim Saah will be screening a portion of their documentary “Salad Days: A Decade of Punk In Washington, DC (1980-90)” at this year’s CBGB’s Film Festival on October 11th.  Over four years in the making, “Salad Days” has recently wrapped production and will have its Washington, DC premiere in December 2014.  A new trailer has just been revealed via VICE.  Watch and share here.

“Salad Days: A Decade of Punk in Washington, DC (1980-90)” is a documentary film that examines the early DIY punk scene in the Nation’s Capital. It was a decade when seminal bands like Bad Brains, Minor Threat, Government Issue, Scream, Void, Faith, Rites of Spring, Marginal Man, Fugazi, and others released their own records and booked their own shows—without major record label constraints or mainstream media scrutiny. Contextually, it was a cultural watershed that predated the alternative music explosion of the 1990s (and the industry’s subsequent implosion). Thirty years later, DC’s original DIY punk spirit serves as a reminder of the hopefulness of youth, the power of community and the strength of conviction.

Director/writer Scott Crawford is a music journalist, musician and graphic designer. As a teenager in the DC suburbs, he started a fanzine called Metrozine that documented much of what was happening in the DC hardcore punk scene in the 1980s. He was quoted in both Dance of Days and Banned in DC—the two most definitive books on the  early DC punk scene. In 2001, he launched Harp magazine and served as its Editor-in-Chief for over 7 years. Crawford also launched the online music portal
Blurt (blurt-online.com) in 2009.

Serving as Director of Photography, Jim Saah (jimsaah.com) is a native of Washington, DC who has workedprofessionally in photography and video for over 25 years. He has shot
for a variety of publications and websites ranging from the Washington
Post to Rolling Stone.He’s also an experienced videographer whose credits range from union organizing films to music documentaries. Recent films he has worked on include movies about the bands Wilco, Death Cab for Cutie and Eddie Vedder.