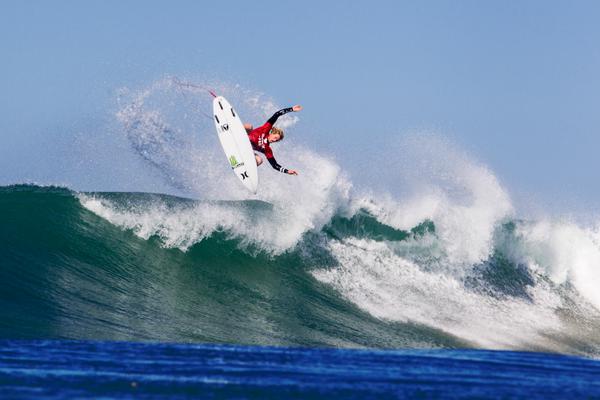 Each spring, the world’s top surfing talent descend on the fabled cobblestone shore of Lower Trestles at San Onofre State Beach for the Lowers Pro.  Considered one of the most high-performance waves in the world, the contest offers a unique opportunity for surfers to spotlight their best and most progressive moves without fighting a crowded line up and while chasing World Surf League (WSL) Men’s Qualifying Series points. The event will return to Lower Trestles in 2015 with new title sponsor Oakley at the helm. From April 28 to May 2, the Oakley Lowers Pro will return with 10,000 coveted WSL points and a quarter of a million dollar prize purse on the line.

“Oakley has a long history at Lower Trestles and we’re excited to be back at this esteemed surf break to host some of the world’s best surfers in our own backyard,” said Cuan Petersen, Director of Global Sports Marketing, Oakley. “Lowers is a perfect canvas for innovative, high-performance surfing, which makes for an ideal competitive venue.  And while it can be a picturesque wave, it’s a difficult one to master. It’s definitely a place that differentiates the good from the great. We’re looking forward to kicking off the competition at the 2015 Oakley Lowers Pro.”

The illustrious contest, which has been around in various incarnations since the early 80s, has proven a favorite of some of the world’s top talent to compete in idyllic Southern California conditions. Both seasoned pros and up-and-comers froth for the chance to surf at the elite wave showcasing their most progressive maneuvers and keeping the crowd a gasp and on their feet heat after heat. Perfect 10s are not uncommon at Lowers, which has become synonymous with pushing the boundaries of surfing to new limits.

A narrow field of 96 athletes from around the globe, plus two qualifiers from an eight-man trial, will vie for the $250,000 prize purse and WSL ratings points, the most possible in a single qualifying event, this year. The line up will be announced soon.

The Oakley Lowers Pro will feature an HD-quality live webcast with video coverage and scoring for all five days of competition. For more information on the Oakley Lowers Pro, follow the action at www.oakleylowerspro.com, on Facebook @Oakley, on Twitter @Oakley and Instagram @Oakleysurfing. Start the discussion using #oakleypro right now.