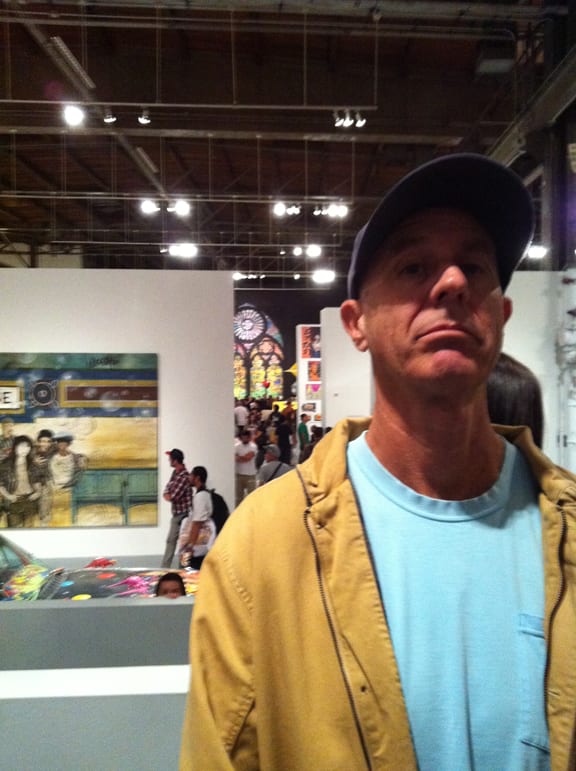 MOCA ART IN THE STREETS

ART IN THE STREETS

The Museum of Contemporary Art presents Art in the Streets, the first major U.S. museum exhibition of the history of graffiti and street art. The exhibition will trace the development of graffiti and street art from the 1970s to the global movement it has become today, concentrating on key cities where a unique visual language or attitude has evolved. Following MOCA’s presentation, the exhibition will travel to the Brooklyn Museum, where it will be on view March 30–July 8, 2012.

Art in the Streets will feature several shows within the show. There will be a special section dedicated to the Fun Gallery, which connected New York graffiti artists with the downtown art community in the early 1980s. Co-curated by gallery founder Patti Astor, the Fun Gallery installation will feature the work of Keith Haring, Jean-Michel Basquiat, and the graffiti artists who shaped the gallery’s history. A section dedicated to the seminal film Wild Style (1983), co-curated by the film’s director Charlie Ahearn, will document its influence on the global dissemination of graffiti and hip-hop culture. The exhibition will also feature a memorial presentation of Battle Station, a rarely seen work by legendary artist and theorist RAMMELLZEE, and a display of graffiti black books and other historic works from the Martin Wong Collection presented in collaboration with the Museum of the City of New York. A highlight of the exhibition will be a Los Angeles version of Street Market, a re-creation of an urban street complete with overturned trucks by Todd James, Barry McGee, and Steve Powers.

The exhibition will open with a skate ramp designed by pro-skater Lance Mountain and artist Geoff McFetridge. Skate demonstrations by the Nike SB skate team will be held onsite for the duration of the exhibition.
“Art in the Streets will be the first exhibition to position the work of the most influential artists to emerge from street culture in the context of contemporary art history,” said MOCA Director Jeffrey Deitch.

“This quintessentially urban and dynamic partnership between the Brooklyn Museum and MOCA began with the 2005 Brooklyn-organized exhibition of the work of Jean-Michel Basquiat, the consummate American street artist of his generation; continued with the MOCA-organized ©MURAKAMI in 2007, defining critical elements of worldwide street art; and now culminates with a groundbreaking exhibition devoted entirely to street art and graffiti,” said Brooklyn Museum Director Arnold L. Lehman. “The partnership has, in itself, provided a major record of public art over the past half century.”

Art in the Streets is organized by Jeffrey Deitch and associate curators Roger Gastman and Aaron Rose. Gastman is the author of The History of American Graffiti, which will be released in April 2011, and was a consulting producer on the film Exit Through The Gift Shop. Rose curated the exhibition Beautiful Losers and directed the related documentary film. Ethel Seno, editor of Trespass: A History of Uncommissioned Urban Art, is the curatorial coordinator of the exhibition. The Brooklyn Museum’s presentation will be organized by Managing Curator of Exhibitions Sharon Matt Atkins.

ART IN THE STREETS CATALOGUE
A comprehensive catalogue on the history of graffiti and street art published by Skira Rizzoli and edited by Nikki Columbus, former associate editor of Artforum, will accompany the exhibition. The book traces the birth and dissemination of styles through the stories of graffiti writers and street artists all over the world. It features a foreword by Deitch and essays by Carlo McCormick, Greg Tate, and Diedrich Diederichsen. It also features interviews and discussions with influential street artists about wild style, cholo graffiti, and the art that emerged from skate and punk subcultures. Additional contributors include Fab 5 Freddy, KET, Caleb Neelon, Lydia Yee, Kathy Grayson, Cheech Marin, Bill Daniel, and Hiroshi Fujiwara. The book was designed by Conny Purtill, whose previous projects include Barry McGee: The Buddy System and Beautiful Losers.

RELATED EDUCATION AND COMMUNITY OUTREACH
An extensive program of educational and community workshops will complement the exhibition. As part of its exhibition sponsorship and ongoing community collaboration initiative, Levi’s® will host the Levi’s® Film Workshop at MOCA, offering a diverse schedule of programming that celebrates the craft of filmmaking and explores the exhibition’s subject matter. Access to the Levi’s® Film Workshop’s resources is open to all and free of charge.

Special versions of Associate Curator Aaron Rose’s Make Something!! educational project will also be presented at Culver City High School and at The Geffen Contemporary at MOCA in conjunction with Nike SB. Art in the Streets will include a graffiti and street art film festival presented in collaboration with the Cinefamily, and music and dance programs featuring some of the originators of hip-hop and break dancing.
Art in the Streets is made possible by The Eli and Edythe Broad Foundation.
This exhibition is generously supported by the Sydney Irmas Exhibition Endowment.
Major support is provided by Levi’s®. Additional support is provided by Mandy and Cliff Einstein, Nike SB, MOCA Contemporaries, MOCA Partners, and Montana Colors.
In-kind media support is provided by Ovation, Los Angeles magazine, and KCRW 89.9 FM.
Saturday in the Streets is presented by Ovation.