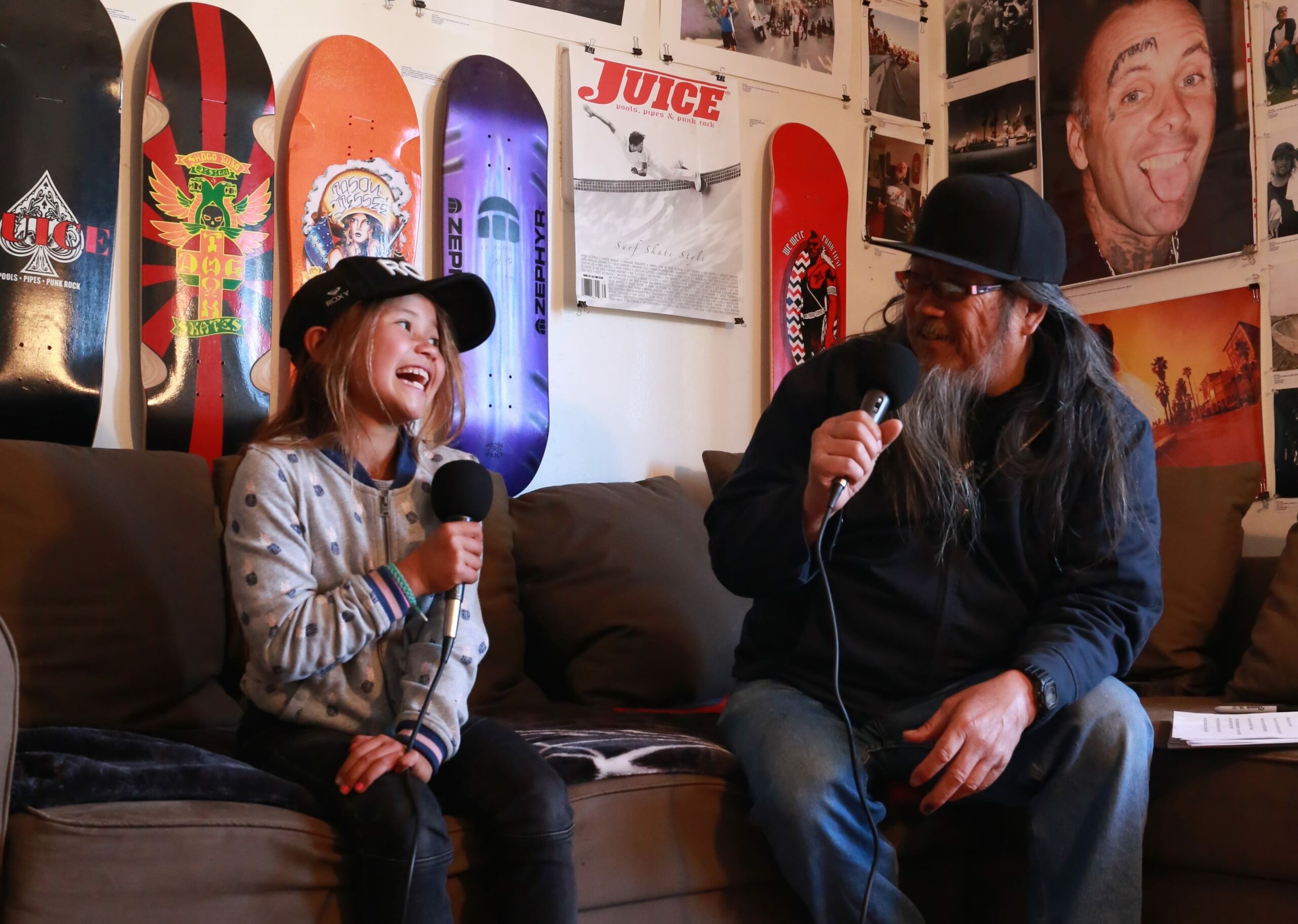 In honor of the first day of Women’s History Month, we are celebrating a young female phenom writing new chapters in modern day history: skateboarder, surfer, dancer, model, artist, musician, singer and philanthropist, Sky Brown. We dug into the archives to bring you this flashback episode of the JUICE MAGAZINE DROP IN SHOW with SKY BROWN and JEFF HO that was recorded in February 2018 when Sky was nine years old.

Since that time, in less than one year, Sky Brown, one of the youngest pro skaters in the world, has been picked up for sponsorship by Nike and Hurley in addition to her already impressive list of sponsors including Almost Skateboards and Grizzly. In fact, Sky was recently featured skating the Venice Skatepark in a Nike commercial titled “Dream Crazier” narrated by Serena Williams showcasing a world class line up of women athletes.

Big things are happening for this generous, community-minded young skate ambassador and we wanted to share this rare conversation between super grom, Sky Brown, and one of the founding fathers of Zephyr and the Z-Boys legacy and Skateboarding Hall of Fame Icon, Jeff Ho.

Jeff Ho talked with Sky about her beginning days of skateboarding with her dad, surfing and skating with her brother Ocean, her favorite places to skate and surf, the skaters that influence her and the tricks she likes to do and how important it is for her to inspire and help others.

Sky and Jeff also discuss Sky’s collaboration skateboard with Almost and Skateistan, which has already raised $16,000 for Skateistan, and Sky’s charitable work with Pride Socks to benefit ISF and children living in extreme poverty. As of January 2019, Sky and Pride Socks have raised $4,825 for ISF from the proceeds of Sky’s ‘Sky’s the Limit” socks. Wow!

With skateboarding as a priority for this mini shredder, we are happy to announce that, this past weekend, Sky Brown took first place in the Women’s Division at the Simple Session 19 contest in Estonia.

In December of 2018, Sky made her dreams of being a dancer come true as Sky and her dance partner, JT Church, were crowned the champions of the first Dancing With The Stars Juniors show on ABC.

As Sky Brown continues to conquer her goals at supersonic speed, we’d like to congratulate her on all of her success and wish her the best for the future. As Sky often says, “Be brave, be strong and have fun!”