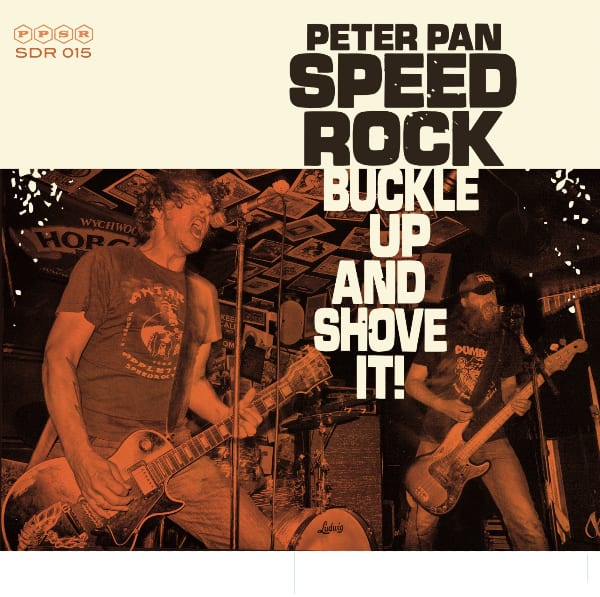 “Buckle Up and Shove It!” from Peter Pan Speedrock

Self Destructo Records unleashes Peter Pan Speedrock in North America with the release of Buckle Up And Shove It!

Mind-blazing licks mixed with a tremendously heavy supersonic sound is the delicious audio dish served up hotter than a house on fire by Peter, Bart and Bart of Peter Pan Speedrock. It’s a fact that the Netherlands breed a special kind of musician, as proven by the trio of top-shelf talent evident on “Buckle Up and Shove It!”, the newest release from PPS, including hits in the making, “Murdertruck” and “Get You High.”

For the first time in a decade, the Netherlands prevalent group of balls out rock n’ roll, Peter Pan Speedrock, will service their North American fan base in late Spring with their latest offering entitled Buckle Up And Shove It! to be released on CD and limited vinyl through Self Destructo Records.

Video for “Get You High“

Peter Pan Speedrock is hands down the hardest working band to come from the Dutch rock n’ roll scene. The band derived their name from a condition called “Peter Pan Syndrome” (a popular psychological term regarding male social immaturity) and have a career together spanning nearly twenty years which includes 1800+  shows, eleven full lengths, a handful of E.P’s and split releases with appearances by fellow neck breakers: Zeke, V8 Wankers, Batmobile, Gluecifer and Danko Jones. They’ve done transcontinental tours (Europe, Russia, Australia and USA), played to massive audiences at some of the largest festivals in the world (Pinkpop, SXSW, With Full Force, Dynamo Open Air) and organize/curate their own festival called Speedfest, which happens annually in their hometown of Eindhoven “Rock City” and draws 5,000 + from around the globe to the festival grounds. They’ve done tours with Turbonegro, Zeke, Honky (to name a few) across Europe, toured the U.S. with Nashville Pussy and have opened up for Motörhead and Anthrax during tour stops in the Benelux. At Speedfest, they’ve shared the stage with some of the biggest names in underground hard rock (i.e. Monster Magnet, Suicidal Tendencies, The Fuzztones, Red Fang, The Reverend Horton Heat, ..And You Will Know Us By The Trail Of Dead, Doomriders, Napalm Death and tons of others.)

Buckle Up And Shove It! consists of thirteen blistering tracks that blur the lines for anyone attempting to categorize them as a punk or metal band. It’s a pure sonic assault on the ears. For 37 minutes, these cats exhibit their love for Motorhead-like heaviness, AC/DC like riff structures, the speed and ferocity of Zeke and conjure the swagger of The Damned. Recommended tracks like “Murdertruck” and “Get You High” bring out exactly what any hard rock fan wants: illegal activity praise, pounding drums and down strokes on the strings on a Les Paul and Fender Jazzmaster through Eindhoven amplifiers (these dudes support as much local Netherlands business as possible). The album will be released on CD and highly limited vinyl in a first run flaming translucent beauty for North America. Buckle Up And Shove It! will be made available through Shop Self Destructo, Shop Turbojugend and wholesale through Cobraside Distribution.

Check out the track “Murdertruck” here.

The last time Peter Pan Speedrock made a presence in North America was at the turn of the century with two appearances at SXSW (2001 and 2003) and a 25-date tour through the U.S. and Canada with Georgia-based sex, riff n’ whiskey thumpers Nashville Pussy. Self Destructo Records has been avid fans of these guys for years and the opportunity to work alongside Suburban Records to push these guys in North America is something they’re not taking lightly. Self Destructo is proud to have Peter Pan Speedrock on its  roster alongside The Meatmen, The Hip Priests, Against The Grain, Razorbats…

Buckle Up And Shove It! – Suburban Records/Steamhammer/Self Destructo Records (2014) 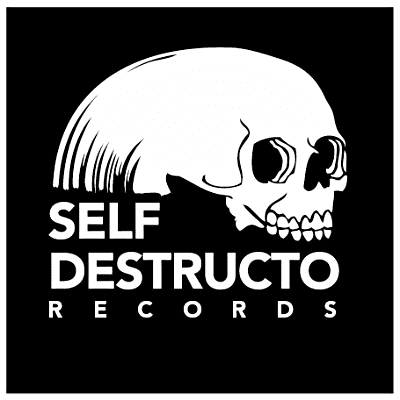 Self Destructo Records – Respecting the rock since 2012

Self Destructo Records on Instabitch