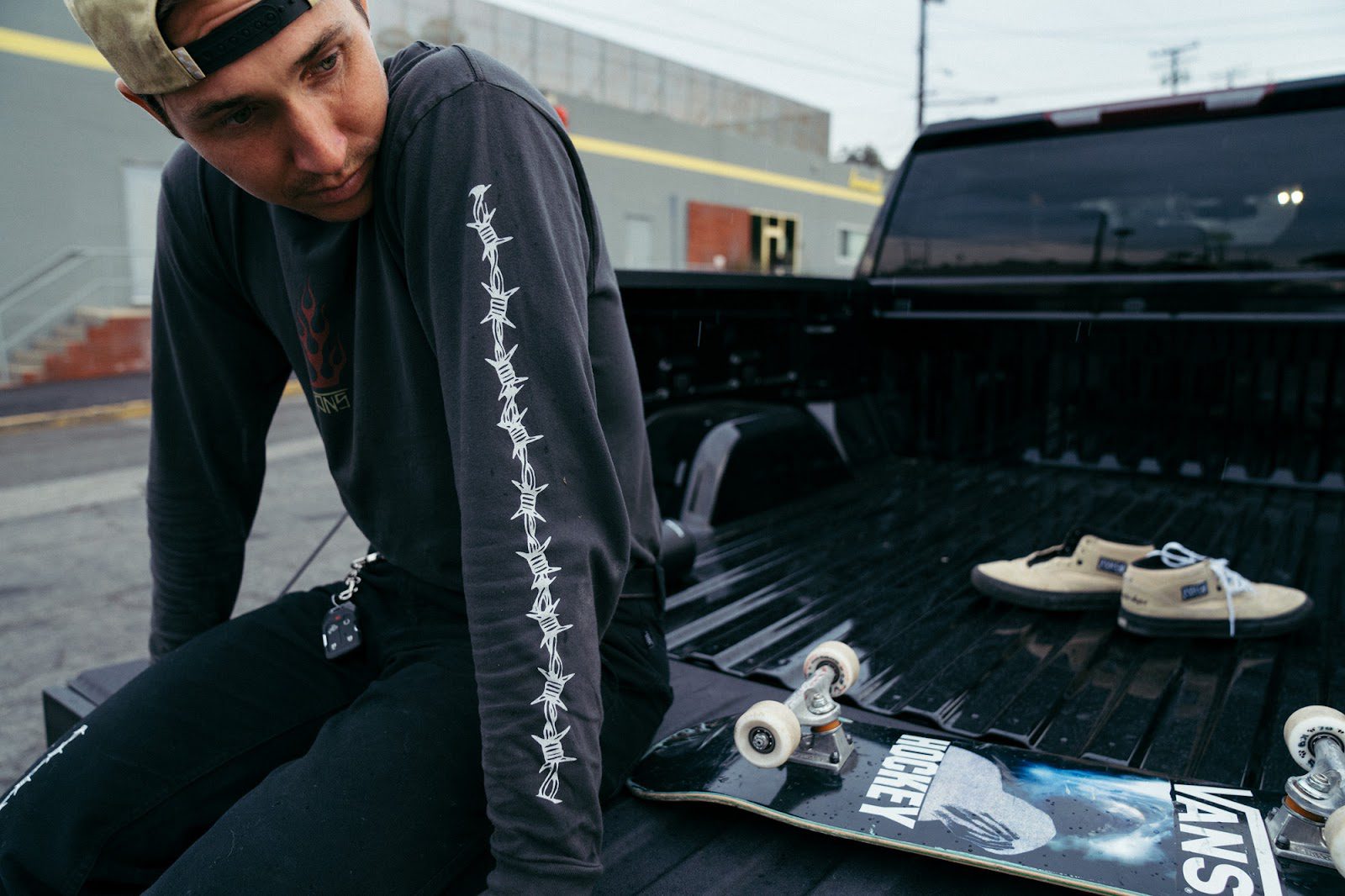 30 Years of the Vans Skate Half Cab is upon us and Vans Skateboarding is proud to partner with team rider Elijah Berle on a signature style of the Skate Half Cab™ in honor of the silhouette’s 30-year anniversary, and a supporting head-to-toe collection.

As Vans shared, “Influenced by Elijah’s passion for classic tattoo art, motorcycle culture, retro surf, and mid-century fashion, the collection is elevated with custom embroidery and artwork, and nods to Elijah’s iconic style and the staying power of the most influential skateboarding shoe in history.”

Elijah rips. “Known within the skate community for his all-terrain talent and precise control, Elijah’s natural ability on a skateboard combined with his relentless work ethic has earned him a place in skateboarding’s upper echelon, all while remaining true to his roots and paying homage to those who have come before him. It’s only fitting that Vans gave Elijah the reins this season to put his spin on the Skate Half Cab with a unique khaki/black colorway as a nod to the future generation of skateboarding.”

Born out of necessity in 1992, skaters created the original Half Cab by cutting down high tops into customized skate shoes. With nothing but scissors and duct tape, they unknowingly constructed the world’s greatest skate shoe. Three decades later, the Half Cab is still one of the most trusted, recognizable shoes in skateboarding. The Skate Half Cab colorway by Elijah Berle boasts a barbed wire design across the suede heel counter, original Half Cab logo patches on the upper and tongue, and Elijah’s name printed across the footbed. DURACAP™ reinforced materials and deeper tread depth extend the life of the shoe, and a PopCush™ energy-return footbed ensures legs stay fresh. The collection also features two additional Vans Skate Classics: the Elijah Berle Skate Old Skool in black/black with white embroidered barbed wire across the Sidestripe and flames on the toe vamp; and the Skate Sk8-Hi Decon in black/black with an assortment of removable patches.

Part of the Vans Skateboarding team since 2010, Elijah has continually progressed the sport with his bold style both on and off the board. With numerous accolades to his name, Elijah’s influential style has earned him Tampa Am Winner 2010 and Skateboard Mag’s Years Best Am 2012, as well as three-time Thrasher King of the Road Alumni. He most recently received top billing in Vans’ latest skateboard film, “Alright OK”. With his latest collection and signature Skate Half Cab, Elijah continues to cement his place in skateboarding history.

The Vans Skate Half Cab by Elijah Berle Collection is available now at Vans Skateboarding retailers and at vans.com/skateboarding.