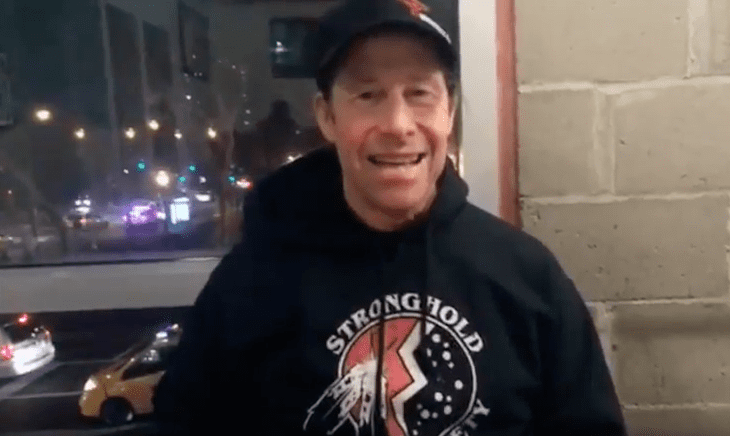 Up Mountain Switchel “Stronger Together” Film Launch in NYC

Up Mountain Switchel is rooted in honoring heritage and its partnership with the Stronghold Society brings this mission to life, sharing the power of indigenous knowledge to inspire strength of mind, body, and spirit. Your purchase of Up Mountain Switchel products helps fund critical Stronghold Society programs in Native American communities, building leaders of tomorrow and creating real impact.

Donate to the Stronghold Society at http://strongholdsociety.org/  and become part of its mission to inspire confidence, creativity, hope, and ambition for the youth of Native communities and non-Native communities through empowerment, arts programs, skateboarding and athletic activities while encouraging youth to take action to live a healthy life in mind, body, and spirit; this is our LIVE LIFE CALL TO ACTION CAMPAIGN. Stronghold Society’s goals are to promote healthy way of life outlooks for youth of all races through skateboarding and athletic activities or events, to create and sustain skateparks in Native American communities through resources collected and/or developed by Stronghold Society and to develop ongoing arts programs and media campaigns to empower our youth to live life.

Show support by grabbing a Wounded Knee Skateboard at http://www.woundedkneeskateboards.net/   where Jim Murphy uses profits from boards sales to give skateboards to the youth on the Native American Reservations. As Murph says, “Back in 1998, Andy Kessler and I were trying to come up with a name for a hardcore skate company, and Andy said, ”What about Wounded Knee?” We both realized that would be heavy, and we also felt that this would be a great opportunity to educate people about true Native history through our skateboard graphics. We had a vision of giving back to the Lakota nation with a series of skateparks on the Pine Ridge Reservation for the Lakota youth, in memory of those who died in the Wounded Knee massacre of 1890. We knew this could enliven a cultural youth movement on the rez through the arts, film, photography and music that got us both swept into skateboarding in the 1970s. Now this vision is coming true. In 2012, we built our first concrete Wounded Knee Four Directions Skatepark in Pine Ridge, South Dakota, with financial support from Jeff Ament and Pearl Jam, the Tony Hawk Foundation and Steve Van Doren of Vans, and built by Grindline Skateparks. In 2015, Wounded Knee Skateboards and the Stronghold Society, built a second skatepark in Manderson, South Dakota, and, with your help, hope to build many more. Although Andy Kessler has gone to the next level, his spirit and vision still lives in this project and all future projects involving the Wounded Knee Four Directions Skatepark Program, which is a program of The Stronghold Society, a 501(c)(3) non-profit organization. The profits from board sales will help us get boards to kids so they can skate these parks on the rez, and also to support contests and art projects that will surround the skatepark scene.”

Check out Up Mountain Switchel, a sustainable drink company making an American Heritage Beverage, which is made of three key ingredients: fresh ginger, raw organic apple cider vinegar, Berkshire mountain water and a touch of pure grade A sweet Vermont maple syrup. Ginger is one of the most widely used medicinal roots in the world. Its main active component, curcumin, is an anti-inflammatory used to fight cancer. Apple Cider Vinegar alkalizes the body, fights obesity and diabetes, and is used widely to cure almost any ailment you can think of. Maple Syrup is mineral rich, all natural, and has tons of calcium. Up Mountain Switchel, an organic, vegan, and gluten free thirst-quenching elixir, founded by Ely Key and Garrett Riffle, is available at www.drinkswitchel.com.