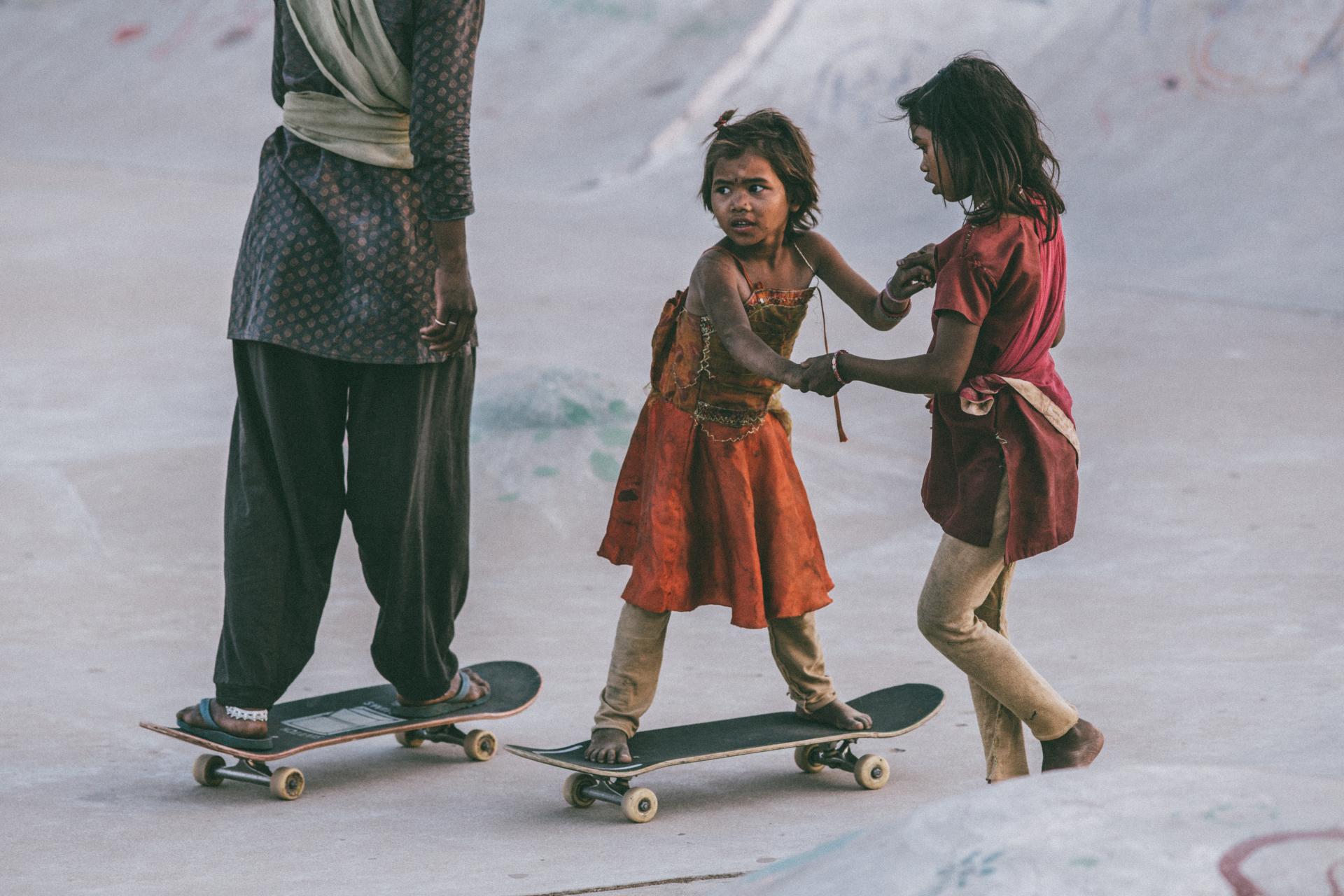 Skateistan’s newest campaign “It’s Her Turn” features a series of spirited interviews with girls at Skateistan, like Sara, Zarafshan, Sophea, and Natalie, as well as a powerful photo collection entitled Women by Women, which spotlights girls skateboarding around the world.

This special presentation of women and girls skateboarding photos, created by a group of brilliant female photographers, embodies the spirit of inspiration as it examines the importance of role models for young girls.

Through the imagery represented in Women by Women, you can travel visually from the vert ramps and concrete bowls of America to the indoor Skateistan skateparks in Cambodia and South Africa to the Janwaar Castle Skatepark in India, and on to the natural terrain of Afghanistan and into Kabul, the birthplace of Skateistan, which is a truly unique organization where women supporting women is paramount.

Olga Aguilar explained why she chose to participate in the Skateistan’s “It’s Her Turn” Women by Women photography project.

“I never expected to be invited, but I feel honored to be part of this. I did it because I admire all of the work that Skateistan does to promote skateboarding and empowering girls in that part of the world.”

When I asked Olga about some of her favorite photos, she chose to share a very special photo for this story. This photo of her daughter, Nina, who has grown up skateboarding, means a great deal to Olga and represents the passing down of skateboarding from generation to generation.

“I chose the picture of my daughter, Nina, because she has grown and learned through skateboarding over the years with help from organizations like Skate Like A Girl (Seattle) and her father, who is also a skater.”

2020 Oscar winning documentary, “Learning to Skateboard in a War Zone (If You’re A Girl)”, brought an international spotlight on Skateistan and the mental, emotional, sociological and economic gender oppression girls and women are subjected to there.

Through Skateistan’s creative curriculum of skateboarding, education, self empowerment, confidence and skill building, it’s a life changing experience for the girls who attend.

“People who say something against a girl skater don’t know that girls and boys have an equal right to skate.” – Mahdia*, Outreach student, Kabul

Those who run the centers and those that attend the school are not only inspiring one another; they are inspiring a movement. It’s Her Turn now.

To learn more or to donate to an amazing cause, visit Skateistan online at:

AN IMPORTANT MESSAGE FROM SKATEISTAN:

Who inspired you when you were younger? Who do you think of when you think about the next generation of female role models? These are some of the questions we’ve been asking throughout our current campaign, It’s Her Turn.

From day one at Skateistan, it’s been our priority to include and encourage girls. Through skateboarding and creative education, girls at Skateistan find a way to explore their interests, develop their skills and defy society’s expectations.

We are so grateful to those of you who’ve supported our campaign. Because of your support, girls like Sara, Zarafshan, Sophea, and Natalie can continue to grow within our programs, so that as they get older, they can help younger girls to follow in their footsteps.

Donate today to give girls a space where they’re supported, encouraged and celebrated.