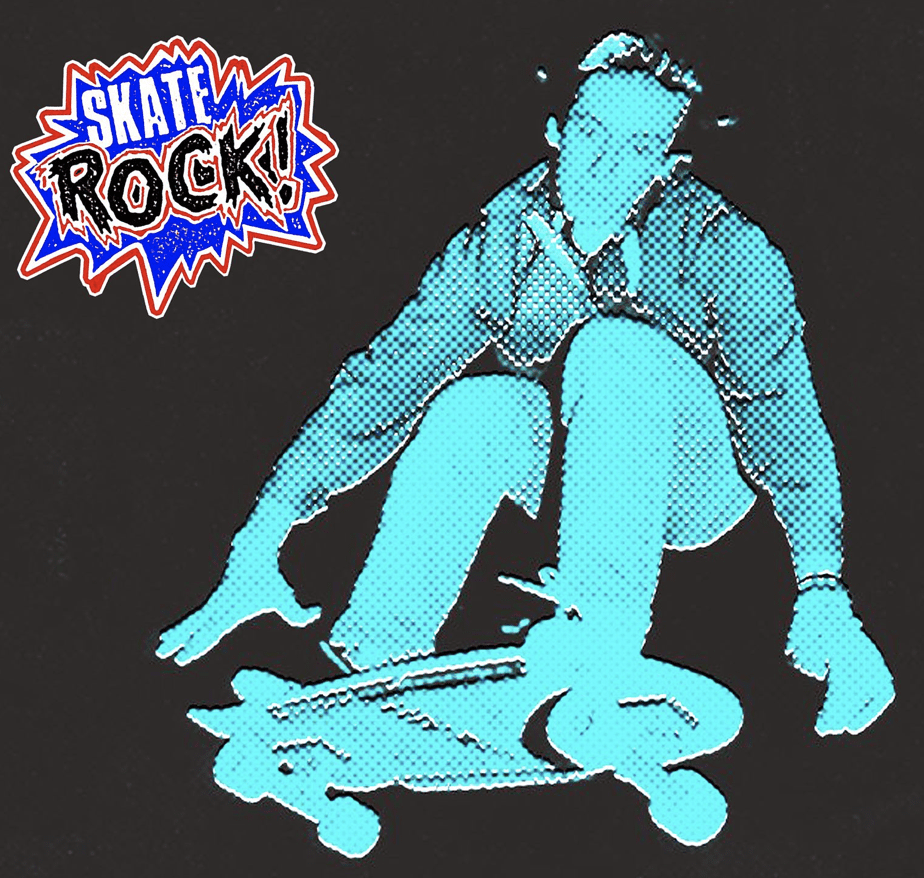 Skateboard culture stands of the shoulders of giants who have paved the way. The line up for this event is stacked with heavy hitters of early punk days.

Skateboard Hall of Famer, Morizen “Mofo” Foche, the OG photographer for Thrasher Magazine when it was a bifold paper, will be installing a litany of images of Cab, Hosoi….. back in the day. Don’t miss this singular opportunity to purchase this historical stuff!

Long before Slipknot went platinum and the X-Games became a nationally broadcasted sporting event, Drunk Injuns wore scary Native American garb and masks while helping pioneer skate rock, a genre that came about in the early ’80s that combined punk rock’s nihilism with the skater ethos. Despite doing very little recordings, the band’s legacy lives on through their sparce but epic shows. If you care at all about Old School Skate Rock, you don’t want to miss this!

These guys were huge back in the day. Their energy defined everything that an unsettled youth needed. Music and Skating!

Separated as they were from the dying New York and U.K. punk scenes and the ’80s punk hotbed in Los Angeles, JFA pursued their own brand of skatepunk that celebrated the suburban release sun burnt skaters experienced while carving swimming pools and desert pipes. The band demonstrates their adventurousness as well as their aggression: two qualities that have always existed in rare proportions for these old-school skatepunks. Surf elements, some keyboards, clever lyrics, and a zealous devotion to the skating ideals and lifestyle are what always separated this group, and earned them respect from punkers everywhere. ~ Vincent Jeffries, Rovi

Featured on tons of skate videos and skate documentaries. Rockin’ out live by the deep-end coping during the Masters Pool contest. Clay Wheels is no stranger to the true meaning of Skate Punk. Around renegade park, you could find a Clay Wheels sticker. The band features skate rock pioneer Ray Stevens II on bass and vocals(Los Olvidados, The Faction,Drunk Injuns,Odd Man Out), Jonny Manak guiatar and vocals(The Cliftons,Fang, The Depressives) and Eric Powers on drums/no vocals(The Careless Hearts,The Pimpsticks,Whiskey Sunday).

The newest generation of skate rockers! These kids kill! You won’t believe how much these youngsters blaze. The Devils Sliders consists of brothers Easton and Colter Romero from Santa Cruz, California. Easton 15 on drums & backup vox and Colter 13 on guitar & lead vox. Skateboarding, surfing, heavy jams, good friends and good times are what drives these kids to play. Music inspirations include Black Sabbath, Red Fang, Slayer, Bl’ast, the Sword, and Suicidal Tendencies to name a few.

PrevPreviousThe Faction with JFA at The Regent Theater in Los Angeles on February 7th
NextHigh Rollers: The Golden Age of Arizona SkateboardingNext