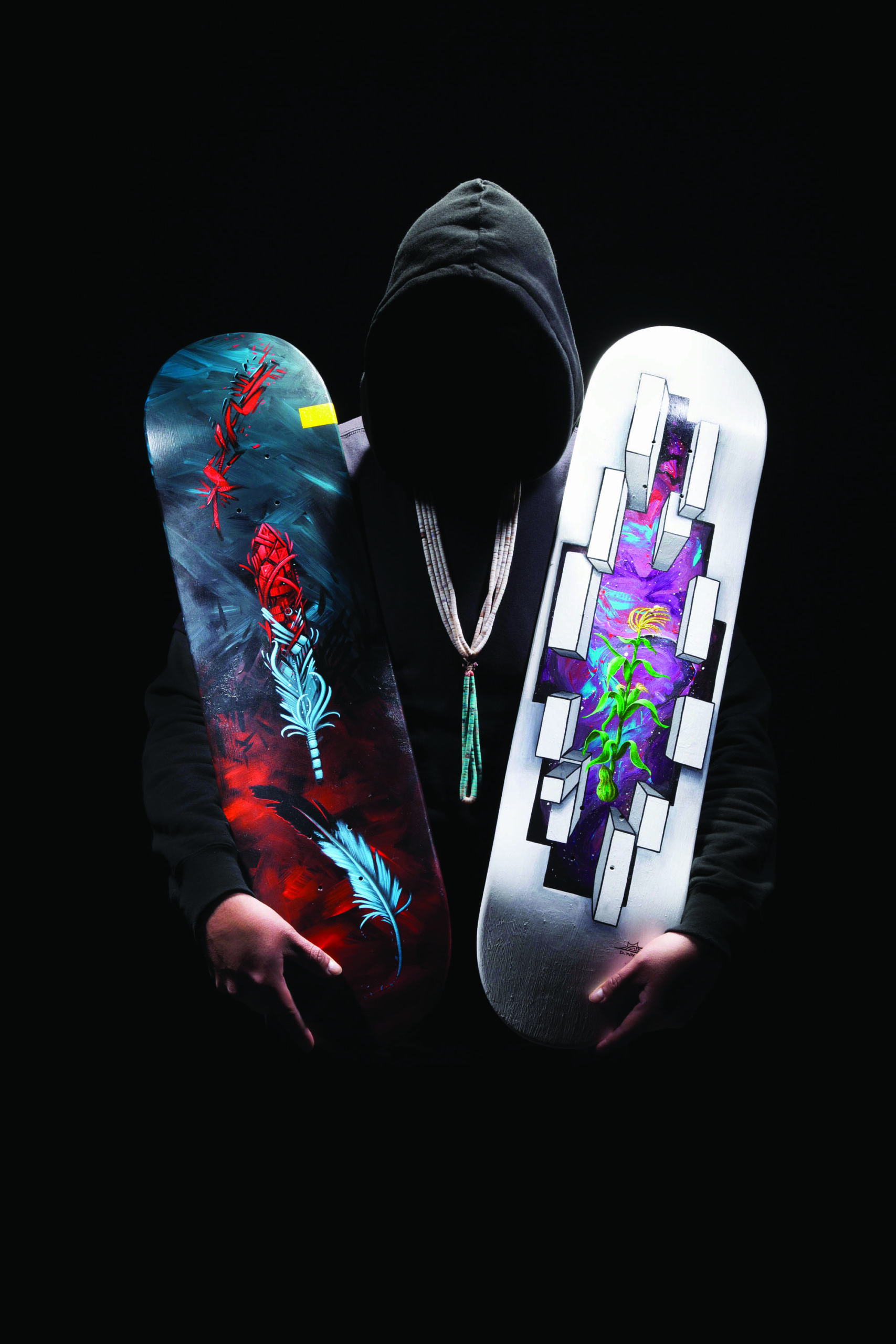 A unique presentation of artwork, entitled Pivot: Skateboard Deck Art, created by Native American artists utilizing skateboards as canvases will open on Oct 13, 2018 and remain open until March 31, 2019 at The Museum of Northern Arizona in Flagstaff, Arizona. This vibrant collection showcases multiple artists from various tribes and features interpretations of traditional and contemporary Native American artwork and graphics.

“We’re in a moment where we’re again losing our culture, but there’s also this subculture,” said Landis Bahe. “You’re going to see something very contemporary and very old school. Native art will probably not be the same.”

Months ago Koyawena and Bahe sent out 100 blank skateboard decks to the artists, who live throughout the Southwest. The chosen artists represent many backgrounds, including Zuni, Hopi, Navajo, Comanche, O’odham, and Latinx artists. By bringing these artists together, working on identical canvases, Pivot celebrates both the commonality and differences among the tribal traditions.

“Hopi and Navajo, we’ve become so separated, generation after generation of being taught certain things. This show is a pivotal moment for us because we’re all coming together,” said Bahe.

The artists also represent varying styles and techniques, from a traditional carver to a graffiti-style painter.

“Everybody is given the same canvas, then you’re going to have so many different results,” said Bahe.

The Museum of Northern Arizona is an appropriate home for this exhibition. Flagstaff is an important location in the artistic progression of Native American arts. It is a city where people from the Navajo and Hopi reservations come for education, work and supplies, and an important mixing zone for many cultures, where artists meet and cross-pollinate with artists from other traditions. The Pivot exhibition even includes a couple non-Native American artists, whose art has developed to reflect the influence of the Native American traditions.

Most of the art will be available for sale.

About the Museum of Northern Arizona:  Founded in 1928, the mission of the Museum of Northern Arizona is to inspire a sense of love and responsibility for the beauty and diversity of the Colorado Plateau through collecting, studying, interpreting, and preserving the region’s natural and cultural heritage. MNA works in collaboration with native peoples of the Southwest to protect and foster the cultures, traditions, and beliefs of the Colorado Plateau by encouraging artistic expression and supporting, empowering, and educating visitors about the region’s art and cultures. The Museum, located at 3101 N. Ft. Valley Rd. in Flagstaff, is accredited by the American Alliance of Museums. For more information, please visit http://musnaz.org/ 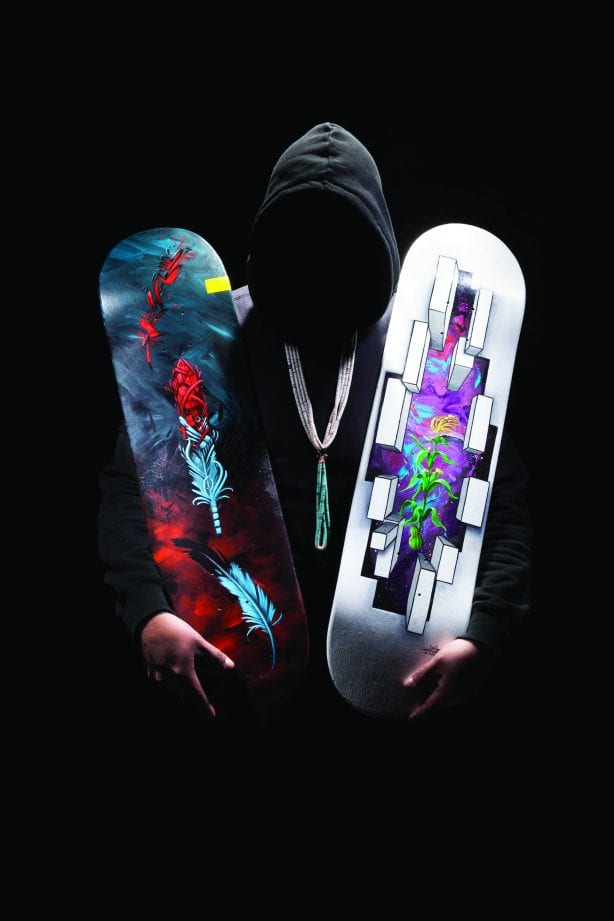