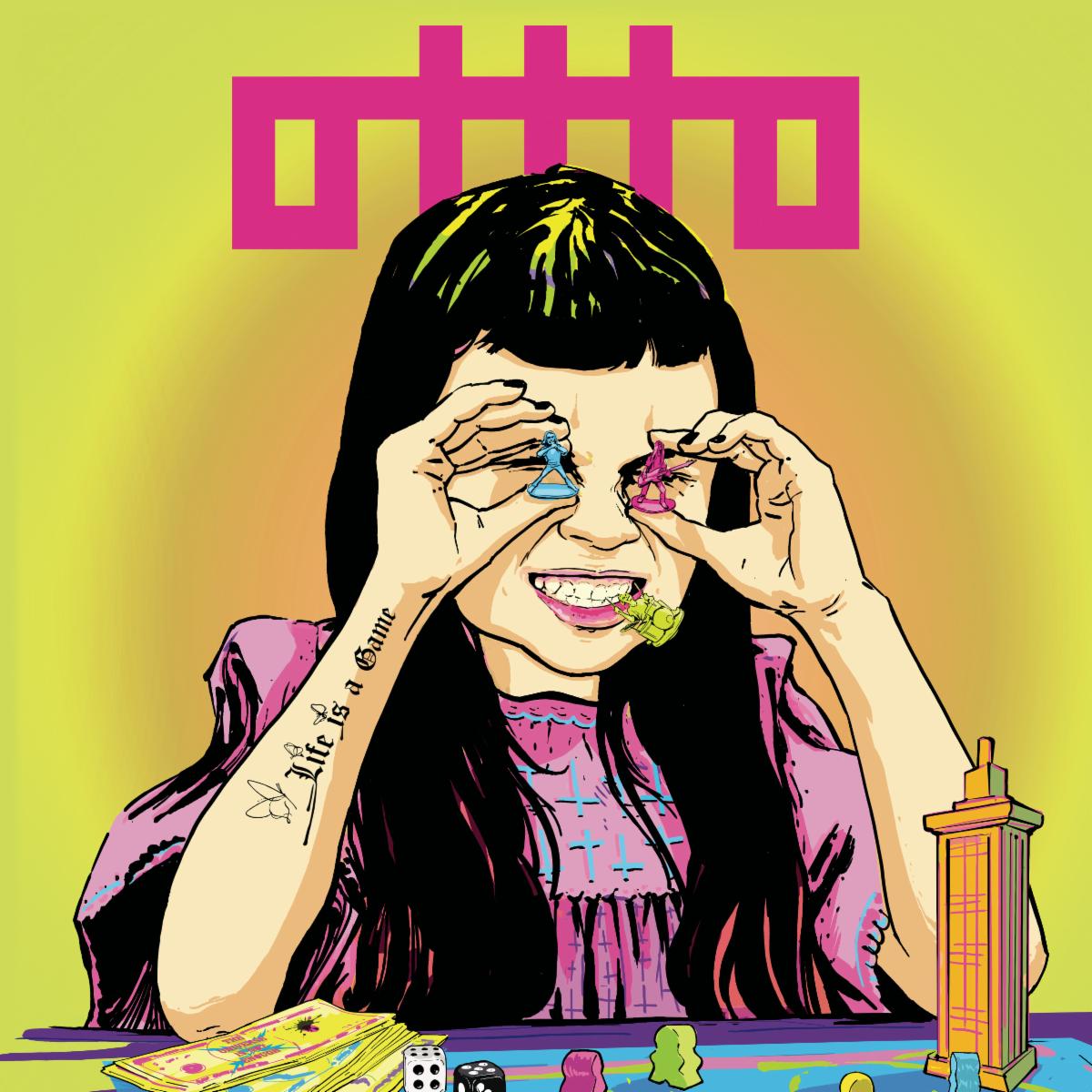 Juice has been championing OTTTO, since day one, simply because they ROCK. This powerful trio, featuring Triko Chavez (drums), Bryan Noah Ferretti (vocals/guitar) and Tye Trujillo (bass), brings a fresh thrash metal skate sound from the streets of Venice to the unsuspecting masses of the world. With Dogtown attitude and surf skate style, these three dynamic musicians punch out a unique sound and produce a live show that makes you want to skate hard and fast.

We were stoked to not only host the first OTTTO show ever at Juice HQ in 2018, but we also had the honor to host the crew as they released their first EP in 2019 and recorded the exclusive EP, Locos Live In Venice, at Juice HQ in 2022.

Now the OTTTO journey has come full circle with the upcoming release their debut full-length album, Life is a Game, on March 24, 2023, via ORG, and it’s time for another Juice HQ party with OTTTO, so you know where to be on March 26th, 2023, and bring your skateboard!

A preview of the 10-song collection arrives today with the release of “My Pain” and its accompanying video by Director Ali “Dr. Cosdem” Bilal (https://youtu.be/vTlRumyfaM8) featuring footage of Tye Trujillo skating the Venice Skatepark and much more.

“We’re excited for this heavy, groovy track to be unleashed!” says Triko.

“The vibe of this record was getting out of our comfort zone and being free,” explains Bryan of the Tim Harkins (Korn, Jerry Cantrell) produced album. “We were opening our eyes to what could be done. There were some cool harmonies, and we focused on the overall structure. It had a constant flow.”

Tye adds: “In 2020, our self-titled album included lots of tunes we had sitting around for a few years. With this record, the experience was different. We really took the time to find a vibe for each track.”

OTTTO released their self-titled debut EP in 2020, followed by multiple live outings, including slots at Lollapalooza and Bottle Rock, opened for Suicidal Tendencies, and saw Tye contribute the guitar parts for cultural phenomenon, Eddie Munson in “Stranger Things.” Most recently, the band issued the Record Store Day exclusive EP, Locos Live In Venice, which was recorded at the venerable Juice Magazine headquarters, right off of the Venice Beach boardwalk.

Here is the “Ride Low [LIVE] video recorded at Juice Magazine HQ on the Venice Boardwalk.

The band returns to the road this Spring, with several festival outings including Welcome to Rockville, and Sonic Temple Art & Music Festival.

May 19 Daytona, FL Welcome to Rockville

Album pre-orders, including a Revolver and indie retail exclusive vinyl variant, are available now via https://linktr.ee/ottto.