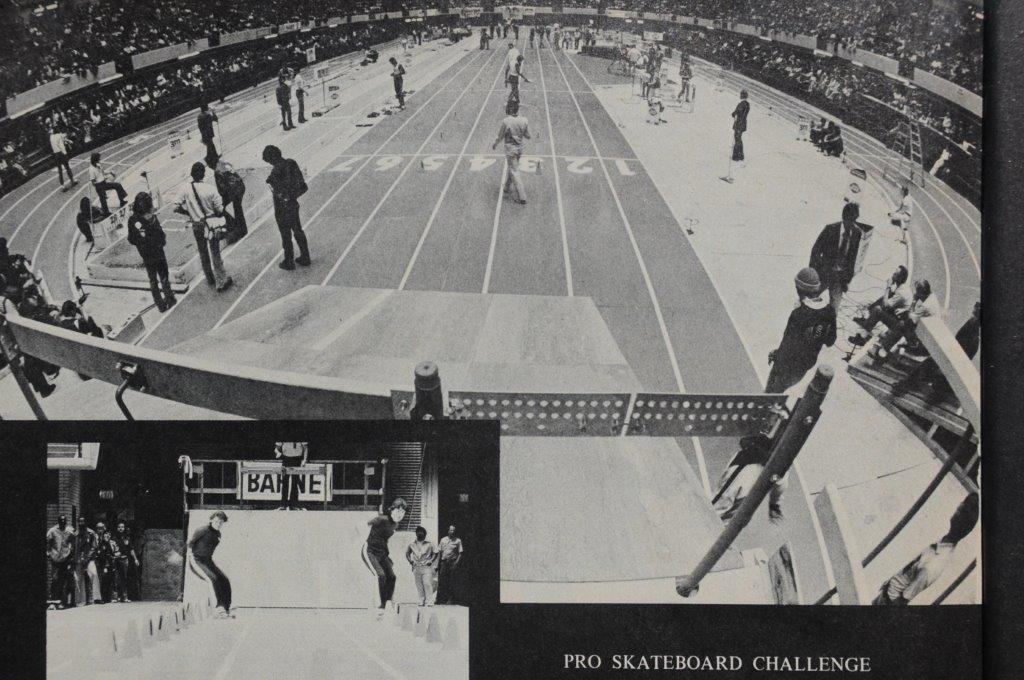 O’Mahoney Mondays: Skateboarding in the ITA

Skateboarding in the ITA

The International Track Association was the brainchild of Mike O’Hara whose previous accomplishments were the creation of the American Basketball Association and the World Hockey Association, among others. The ITA was formed after the Munich Olympics in 1972. The attraction for the athletes to the ITA was not only the prize money, but the freedom to pursue other commercial opportunities, like advertising, which was denied them if they stayed amateur. Mike approached the United States Skateboarding Assoication (USSA) and the World Skateboarding Association (WSA) and asked if we would like to give their audience a taste of skateboarding. One of my original goals for the sport of skateboarding was to make it Olympic quality. We could now be rubbing competitive elbows with Olympic Gold Medalists and, at the same time, skateboard professionals could make a living. We hooked up with Bill Bahne, his team and ramp and went on the road in 1976 to our first ITA meet in Salt Lake City, where 15,000 onlookers got a view of competitive skateboarding. We did freestyle, high jump, a head-to-head race around the track and a head-to-head race on the Bahne ramp. I got to hang with Brian Oldfield, who had just broken the world shot put record, and with pole vaulter, Steve Smith. Both of these guys saw me glide through LAX on my skateboard and immediately bought sticks. I’m sorry I never got the picture of Brian skateboarding through the Seattle airport with suitcase in one hand and a 16lb-shot put in its sling in the other. He would have blown Conan out of the water. At the Seattle meet, I got to race Paul Engh again and kept my Bahne Ramp record perfect. 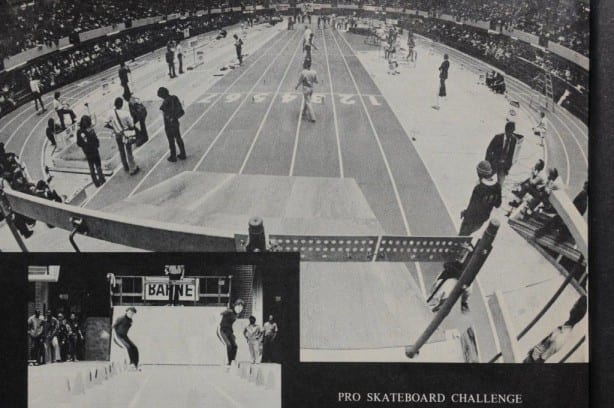 FIRST PAST VERT CONTEST-SUPERBOWL 1 so. bay 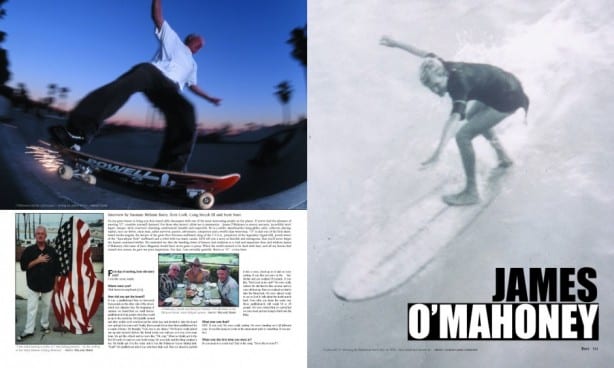 “O’Mahoney is one of the most interesting people on the planet. If you’ve had the pleasure of meeting “O”, consider yourself charmed. For those who haven’t, allow me to summarize… James O’Mahoney is ornery, sarcastic, incredibly intelligent, unique, witty, reserved, charming, understated, humble and respectful. He is a surfer, skateboarder, hang glider, pilot, collector, photographer, race car driver, stunt man, safari survivor, patriot, adventurer, competitor and a world class waterman. “O” is also one of the first skateboard media moguls, the keeper of the great Pete Peterson surfboard, king of the U.S.S.A., proprietor of the legendary Signal Hill, proud owner of the “Apocalypse Now” surfboard and a rebel with too many causes. He’ll tell you a story so fanciful and outrageous, that you’ll never forget the lesson contained within. He reminded me that the handing down of history and tradition is a vital and important duty. Here’s to “O” – a true hero.” – WORDS BY TERRI CRAFT 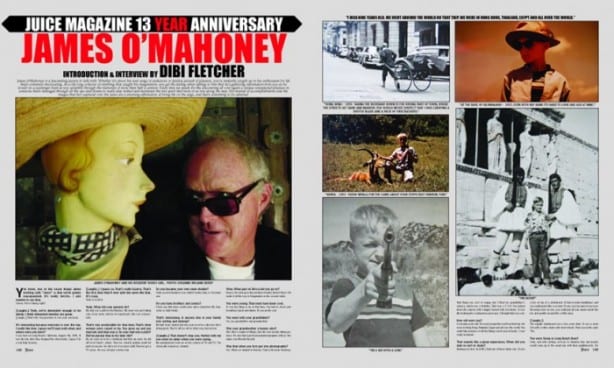 “James O’Mahoney is a fascinating person to talk with. Whether it’s about his vast range of endeavors or fearless pursuit of pleasure, you’re instantly caught up in his enthusiasm for life that’s extremely intoxicating. As a life long collector of anything that caught his imagination, you get the feeling when talking to him that he’s gathering information from you as he would on a scavenger hunt as you scramble through the memories of more than half a century. Every time we speak it’s like discovering all over again a unique unexpected pleasure in someone that’s managed through all the ups and downs to really stay stoked and maintains the free spirit that most of us lose along the way. His myriad of accomplishments and the images that he’s captured over the years are a stunning affirmation of living life on the edge, and that’s something to be admired.” – WORDS BY DIBI FLETCHER