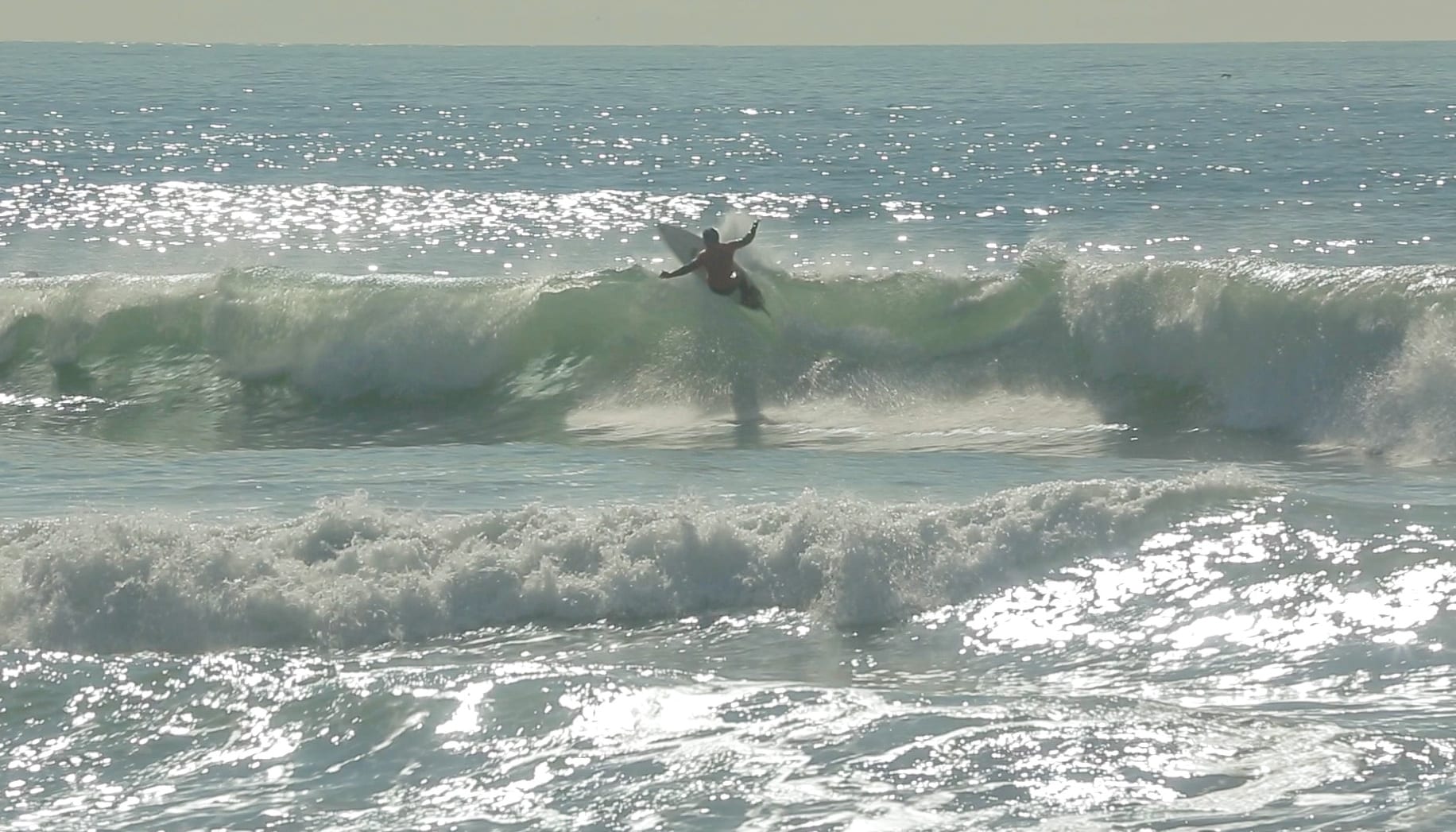 I was about 4 years old when I got my first foam surfboard in 1980 in Brazil. When I was 8, I got my first skateboard, a very narrow little cruiser with skate trucks with real hard urethane wheels. When I was about 12, I had this Brazilian sticker album called “SURF SKATE”. We collected stickers that we could buy at newsstands, showcasing surf and skate icons such as Martin Potter, Tom Carroll, Lincoln Ueda, Christian Hosoi and also explaining the name of the tricks as well as the brands at that time. I think that’s when I really understood how SurfSkate was a huge lifestyle movement around the world. I was hooked, and that certainly changed my life forever!

What does SurfSkate style mean to you and who has the best surf skate style?

We all know that surfskate is a lifestyle, but we hardly discuss what that lifestyle really means. For me, it’s a powerful knowledge. It gives us the ability to enjoy a physically and mentally healthy life not only because of what it literally does to our body, but for the perception and the vision that it gives to our minds. The ability to achieve such happiness by disconnecting ourselves from everything that society guides us to believe in, and simply enjoy life for what life really is, a radical ride! There are so many names to add to the list, but if I were to pick an icon for each, these would be my choices: for surf, Tom Curren, and for skate, Christian Hosoi.

That has to go back to the legendary Jay Adams and the Z-boys back in the ‘70s. As he has mentioned, skateboarders would ride like longboard surfers, just cruising, very mellow with tons of style. Another legend, Buttons, a surfer with a very radical and funky way to surf, really inspired Adams to take skateboarding to another level with sharp cutbacks and stylish tail slides. Both sports have always been intertwined. Surf was possibly the reason skateboarding started, but now, the coin has flipped. Skateboarding is influencing and changing surfing. Shove-its, crazy airs, switch stance and even kickflips are a few of the tricks surfers are taking from skateboarders.

It always has and it always will. The industry has evolved so much that now you are able to live a very comfortable life through surfskate, be it as an athlete or involved as a professional, or working in this field. It’s not only the financial opportunities, but the well being side of it. This lifestyle has changed so many people and brought life, health, hope and goals to so many, and support to so many families. It is important that we keep pushing that forward, not only promoting the sport through the brands and athletes they sponsor, but by educating others about it, and acting proactively to protect our children, our planet and our future.