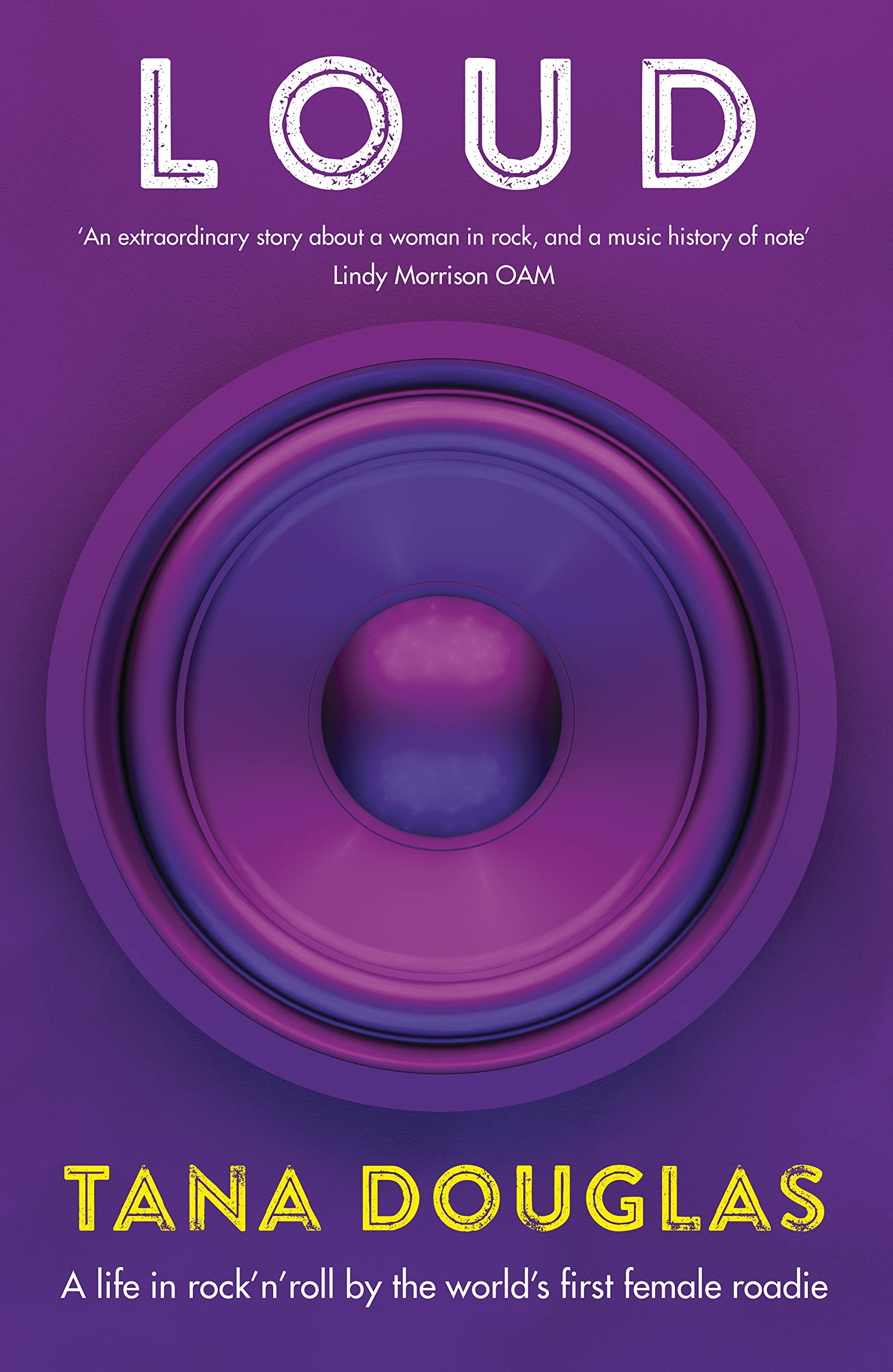 September 20th, 2022, get ready to turn it up to 11 and get yourself locked into the pages of Tana Douglas’ first book, LOUD, which is filled with introspective writings of her rock n’ roll journey through life, light and sound as she captivates you with tales from a road less traveled in music history.

From being the first female roadie for AC/DC, at age 16, to putting on shows burned into the history of music as some of the most significant of all time, Tana has seen and done it all. Douglas is a titan whose commanding presence changes the energy of a room when she enters, and she has worked alongside some of rock ‘n’ roll’s biggest names in a career spanning three continents and over three decades.

Once in a while you get the privilege to meet people of extraordinary accomplishments and, in rare cases, those people come along on your journey towards paving the road in the lexicon of creativity. Tana Douglas is one of these cultural juggernauts and the day that I met her, I immediately discerned the power of this unrelentingly driven woman and what she can do once a vision is realized.

Tana came into our life during a spectacular night at Juice Magazine Headquarters when the thrash metal trio OTTTO played their first record release party under the historical musical veil of Venice California’s rich and mystical grounds. Tana jumped right in and showed all in attendance how rock n’ roll’s first female roadie made so many historical shows run without a single skip with just her presence.

It would be fair to say that the world of Rock n Roll and Skateboarding share many similar attributes driven by danger and a ‘risk vs reward’ mentality that often lets the risk outweigh the reward and therein lies the magic of those who choose to drive the culture to the edge of the cliffs of possibility. Tana is like no one we have ever met and her magic is not something that can be revealed or explained; she just has it and knows how and when to use it to get things done.

Her path through the hardened grounds of concert production, working with some of the most battle tested artists in modern history, makes Tana an anomaly in the storied tales of roadies who run the engine of shows worldwide, and her new book is filled with endless antecdotes from all over the globe.

Tana’s tales from the road are vast and varied, as she has toured with everyone from The Who to AC/DC, to Santana to The Runaways to Suzi Quatro. Her stories of Iggy Pop insisting she meet his good mate, David Bowie, and then unexpectedly taking her leather jacket and wearing it onstage and then tossing it into a sea of strangers at a gig, or working an Elton John concert for the Royal Family at Windsor Castle followed by a curtsy for the Queen of England while standing tall in her Doc Martens, are just the tip of the iceberg of lore to be found in the pages of LOUD.

I recommend that you sign up pronto for the audio version of LOUD in order to listen to LOUD, as it’s meant to be heard, narrated by Tana Douglas, complete with her Australian accent, for the total package.

Tana Douglas ran away to the circus that was rock ‘n’ roll in the 1970s, taking a job with a young and upcoming band called AC/DC. While still a teenager she headed to the UK and later the US to work for a who’s who of bands and artists. Life on the road was exhilarating, hard work, occasionally surreal but never dull, particularly when you’re the only woman in the road crew…

Whether wrangling Iggy Pop across Europe, climbing trusses while seven months pregnant, drinking shots of JD with Bon Scott backstage at Wembley, or donning a tailor-made suit to do lights for Elton at Windsor Castle, Tana did it all.

LOUD is set to release on September 20, 2022, in the USA, but you may pre-order your print copy of the book now at Harper Collins , your local book store or all major online vendors, or get the Kindle version now on Amazon, or get the audio version now at Audible.com.