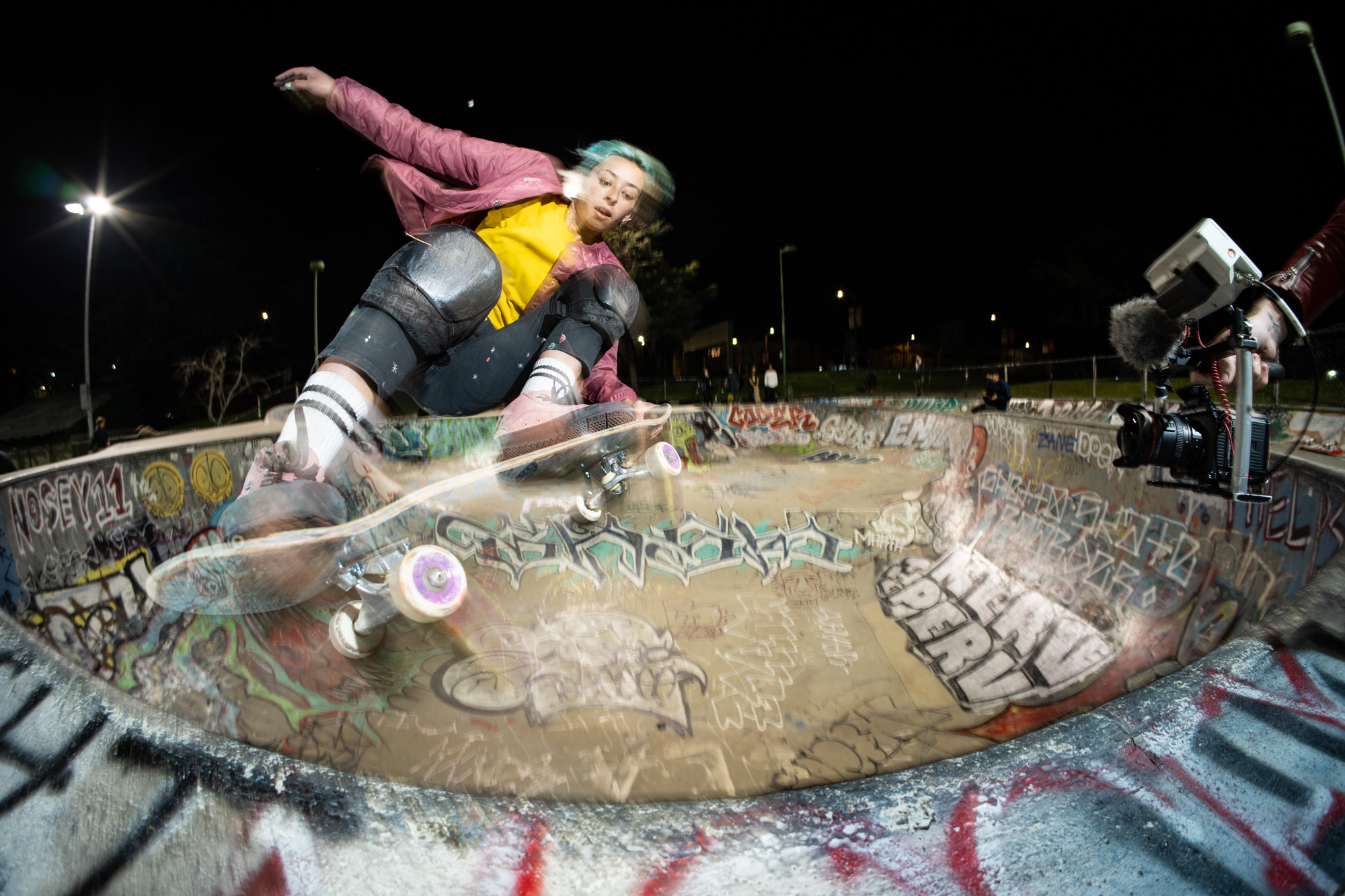 Vans shared the news about Onward, which was directed by Greg Hunt and filmed by master lensmen Chris Gregson and TJ Gaskill, by saying, “Lizzie’s first full-length edit in nearly five years highlights her one-of-a-kind style and solidifies her position among skateboarding’s best.”

Those who know Vans pro skateboarder Lizzie Armanto, know that her barrier-breaking approach to skateboarding has shifted the landscape. Her accolades, like appearing on the world stage to represent the sport, speak for themselves and make her a role model for skateboarders everywhere. Expanding on her list of accomplishments, Vans, the global leader in skateboarding for more than 50 years, is proud to unveil a fresh angle on Lizzie’s world-class skateboarding in a new film, Onward, directed by celebrated filmmaker Greg Hunt and filmed by master lensmen Chris Gregson and TJ Gaskill.

“It’s been incredible to see Lizzie overcome her injuries and get to where she’s at now,” Hunt said. “And it’s so much fun to work with Chris Gregson’s and TJ Gaskill’s footage. I’m really excited to see this come together.”

The goal was to create a film as visually exciting as Lizzie’s skating, adds Gregson, noting that they drew inspiration from her love for traveling, which is represented in the various locations Onward was filmed, as well as spending time with a close-knit group of her friends and fellow skateboarders. Featuring appearances from Mami Tezuka and Axel Cruysberghs, the film drives home Lizzie’s gratitude to the skate community and her ultimate support system of friends and family.

In anticipation of the film’s premiere, Lizzie shared the following about what the project has meant to her: “In the past, filming felt like I was trying to prove I was ‘good enough’. I feel like this part has been about proving that to myself, and that I am stronger than my injuries. Everyone involved in the project has been a huge motivator. We kept the crew small. My favorite thing is that everyone’s passionate about what they’re doing, and it’s been contagious.”

Earlier this season, Vans and Lizzie dropped a new, head-to-toe collection that leads with her first signature skateboarding silhouette, The Lizzie. The offering opens the aperture on what inclusive, all-gender footwear and apparel looks like, and reinforces that skateboarding should be open to everyone.

Tune in at 5 PM today at vans.com/lizzie for the global premiere of Vans Skateboarding’s Onward, featuring Lizzie Armanto.

You may also order Juice Magazine #78 to read a full-length interview with Lizzie Armanto by Indigo Smith, where Lizzie speaks about her life’s journey, the Mega Ramp, going to the Olympics, and her early days of skating and entering her first skate contest, “Skateboarding is a huge part of my life and I love doing it, and I think it’s one of the coolest things in the world. Once I went to that event, being around all that energy of people that were pushing themselves and just skating, and pushing their limits, it was contagious and I found the place I wanted to be.” Get Juice Magazine #78 here.