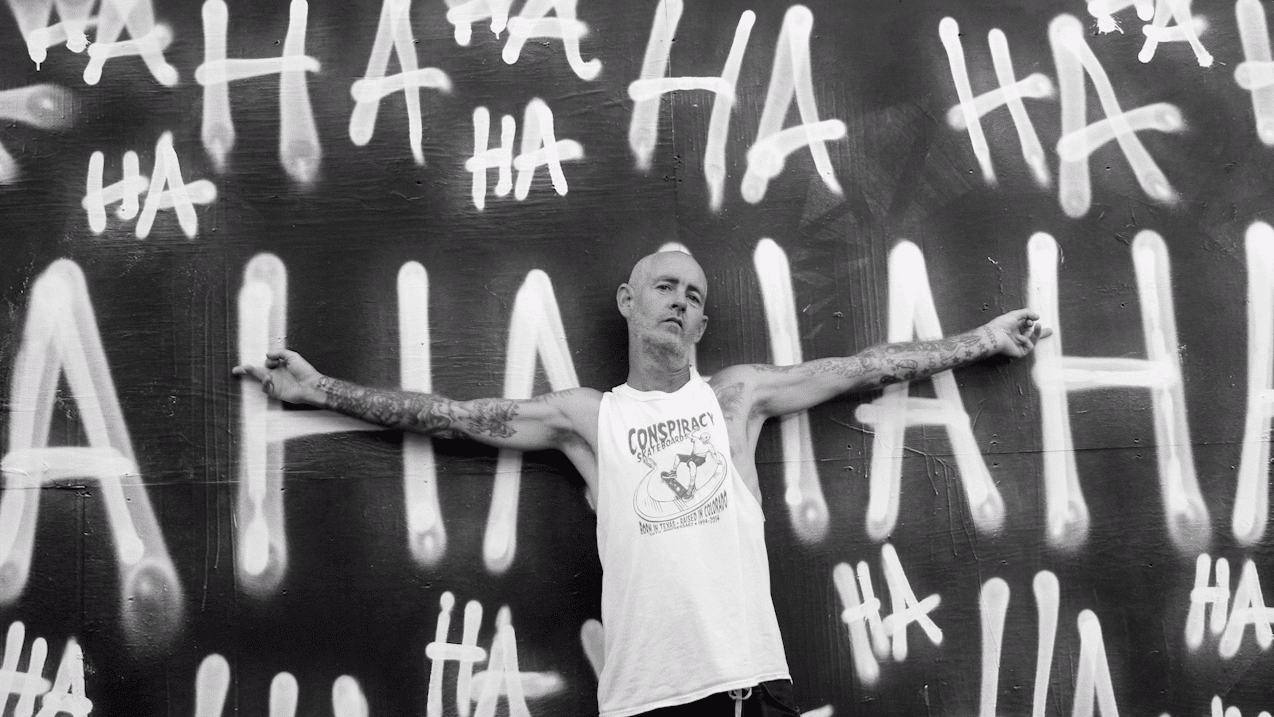 Danforth was rolling through LA and stopped in at Juice HQ where he ran into Jeff Ho and they both started swapping stories. Danforth wanted to hear Z-Boys stories and Jeff Ho wanted to hear Alva posse stories, so we had to turn on the camera and catch this casual conversation.

Bill Danforth, otherwise known as the American Nomad, is a blue collar skater who has spent his life sharing skateboarding with people all over the world. Danforth got his first skateboard in 1974 after being lured in by skateboarding’s freedom and lack of rules. He went pro for Madrid in ’86, which was soon followed by his infamous induction to the Alva posse. Through the Alva days, Bill Danforth managed to keep his sense of humor and lack of dreads intact with a steady supply of beer, chicken wings and frontside rocks. Danforth is a lifer who still pushes mongo and often says, “I didn’t start skateboarding to quit.” This is our great friend, Bill Danforth.

Jeff Ho is the founder of Zephyr and the Zephyr competition team A.K.A. the Z-Boys, as well as an inductee to the International Surfboard Builders Hall of Fame and a Skateboarding Hall of Fame Icon. Before the Z-Boys and the Zephyr shop days, Ho encouraged many to follow their dreams while he created one of the most honorable companies in the industry. Jeff has been working with Juice Magazine for over 20 years now and we are honored to have him on the team.

Juice Magazine is now LIVE 24 HOURS A DAY with a new web cam at Juice Magazine headquarters on the Venice Beach boardwalk in Los Angeles, California. The Juice Live Web Cam features all of the wild and creative life on the Venice Boardwalk, and also captures our new series of “Juice Live” shows including the “Juice Live News” and the Juice Magazine “Drop In” show, with hosts Dan Levy, Eric “Tuma” Britton, Jeff Ho and Jim Murphy talking with skateboarders, surfers, artists, photographers and musicians.