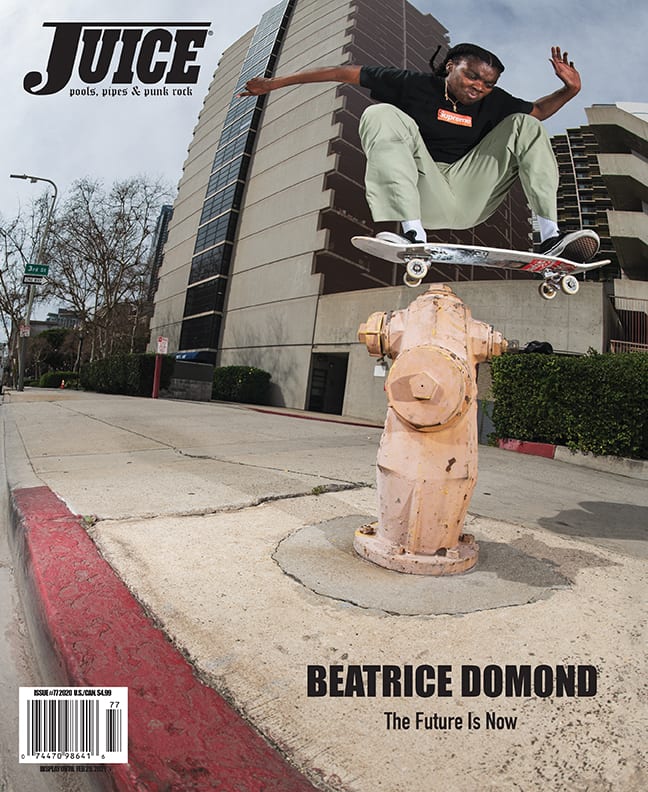 The Fakies interviews by the Fakies

Beatrice Domond is forging her own path on her terms. She is East Coast born and raised, learning to skate solo in Florida and then progressing to the concrete jungle of New York City. With sheer determination and a diehard passion for skateboarding, she became the first female on Supreme and Fucking Awesome and will soon have two new shoes available from Vans.

Beatrice is proof that the DIY mantra works, as she filmed and edited her own videos and sent them to filmer, Bill Strobeck, catching Jason Dill’s and Bill’s attention with her unique blend of talent. Her skateboarding has been showcased in the first Supreme video, Cherry, as well as the follow up video, Blessed. She has now published two books and is on the fast track to going wherever she wants as she lets nothing get in her way. Beatrice Domond is making skateboarding history, and her positive attitude and awesome personality is just as inspiring as her skateboarding.