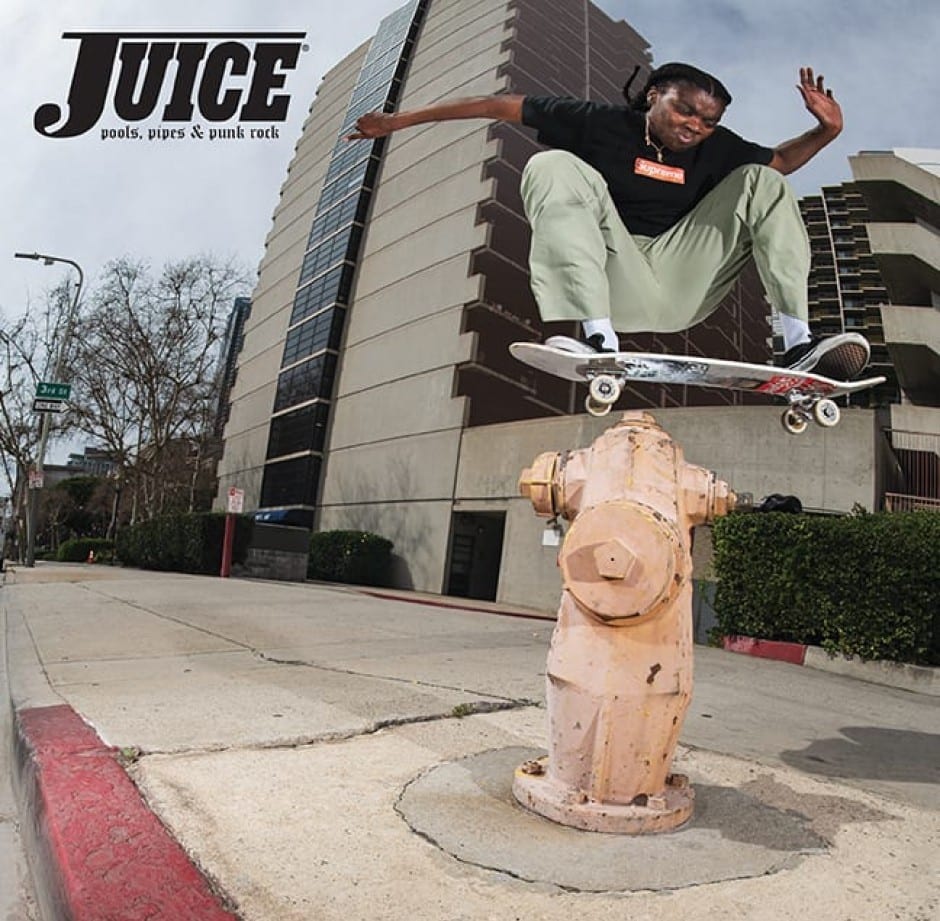 The Future is Now and we are so happy to announce that Juice Magazine #77 is available now! We are honored and grateful to have the amazing Beatrice Domond gracing the cover of this edition with an epic photo by Mike O’Meally!

As all generations of skateboarders continue to grow, adapt and contribute to keeping the fire burning, the new generation is coming in hot with many strong women leading the charge. Beatrice Domond is a great example of someone who skates for all the right reasons with pure stoke and positive vibes. Beatrice is setting the streets on fire and representing the now and future of skateboarding, and we’re stoked to feature her in the mag and on the cover.

Thanks to all of our advertisers, subscribers, supporters and our global skate community for making this edition of Juice Magazine happen. Subscribe now at juicemagazine.com. @juicemagazine #thefutureisnow

Beatrice Domond is forging her own path on her terms. She is East Coast born and raised, learning to skate solo in Florida and then progressing to the concrete jungle of New York City. With sheer determination and a diehard passion for skateboarding, she became the first female on Supreme and Fucking Awesome and will soon have two new shoes available from Vans.

Beatrice is proof that the DIY mantra works, as she filmed and edited her own videos and sent them to filmer, Bill Strobeck, catching Jason Dill’s and Bill’s attention with her unique blend of talent. Her skateboarding has been showcased in the first Supreme video, Cherry, as well as the follow up video, Blessed. She has now published two books and is on the fast track to going wherever she wants as she lets nothing get in her way.

Beatrice Domond is making skateboarding history, and her positive attitude and awesome personality is just as inspiring as her skateboarding.

Cover Quote: “The future is now.” by Nam June Paik.