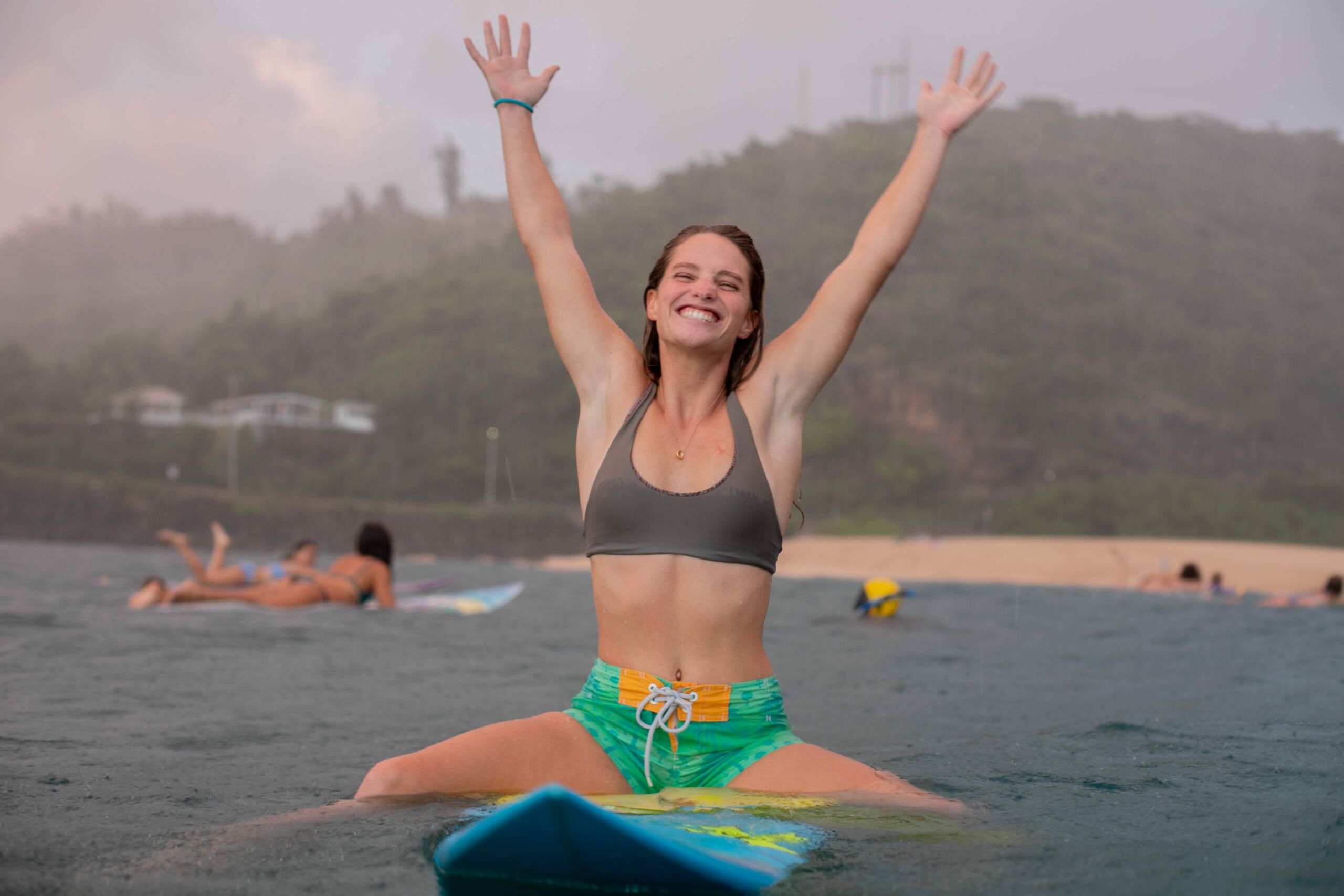 From October 1 to November 21, 2019, many will be hoping for big waves to hit Waimea Bay on the North Shore of O’ahu for the first all-women big-wave surfing competition, Queen of the Bay, sponsored by Red Bull.

“We wish to humbly showcase the raw beauty found in the giant surf of Waimea Bay, and to demonstrate the strength and grace of the women who ride her waves.” – Betty Depolito

The Women’s Waimea Bay Championship, which honors powerful women who have worked to break down barriers in surfing, was first founded in 2010 by Betty Depolito and partnered with Red Bull in 2017.

“I’m very excited that Red Bull Queen of the Bay is coming back,” said North Shore native big-wave rider Emily Erickson. “Fingers crossed we get the weather and waves we need to bring this to life at Waimea.”

“I’m super excited to be involved in a women’s event at Waimea. It will be an amazing opportunity to have another big wave event in Hawaii and I look forward to seeing all of the girls charge!” – Paige Alms

The North Shore is the mecca for not only big-wave surfing, but for the entire surf world and Waimea Bay serves as its grandstand. “It’s really important to me and the other girls to show what we can do. I have a lot of respect for Waimea Bay and the history of women’s surfing,” says Hawaiian surfer Makani Adric. “You get an adrenaline rush and it’s a dream to be surfing there.”

The contest will feature many of the top, most recognizable names in professional women’s surfing from around the world. More athletes will be announced in the coming weeks.

“We are honored to be bringing this big wave event to our community,” said contest director Betty Depolito. “We are remembering women who changed the perspective of what women should be. Through their memory we celebrate the current women big-wave surfers at Red Bull Queen of the Bay.”

For more information on this historic event, please visit redbull.com/queenofthebay.

Contest Director, Betty “Banzai” Depolito, has made an impact charging big-waves all over the world, including Waimea Bay, since 1979. “Banzai Betty” is a pioneer of women’s surfing videos, reporting, media and production. Depolito also has produced and directed many surf competitions like The North Shore Tow-In and The Pipeline Women’s Pro. She also produces the FlHi Girls Surfing & Sports TV show.

“Waimea Bay is where the passion begins for many big-wave riders. Finally, the women will have an opportunity to show their dedication and skill at the most famous big wave in the world.” – Wrenna Delgado