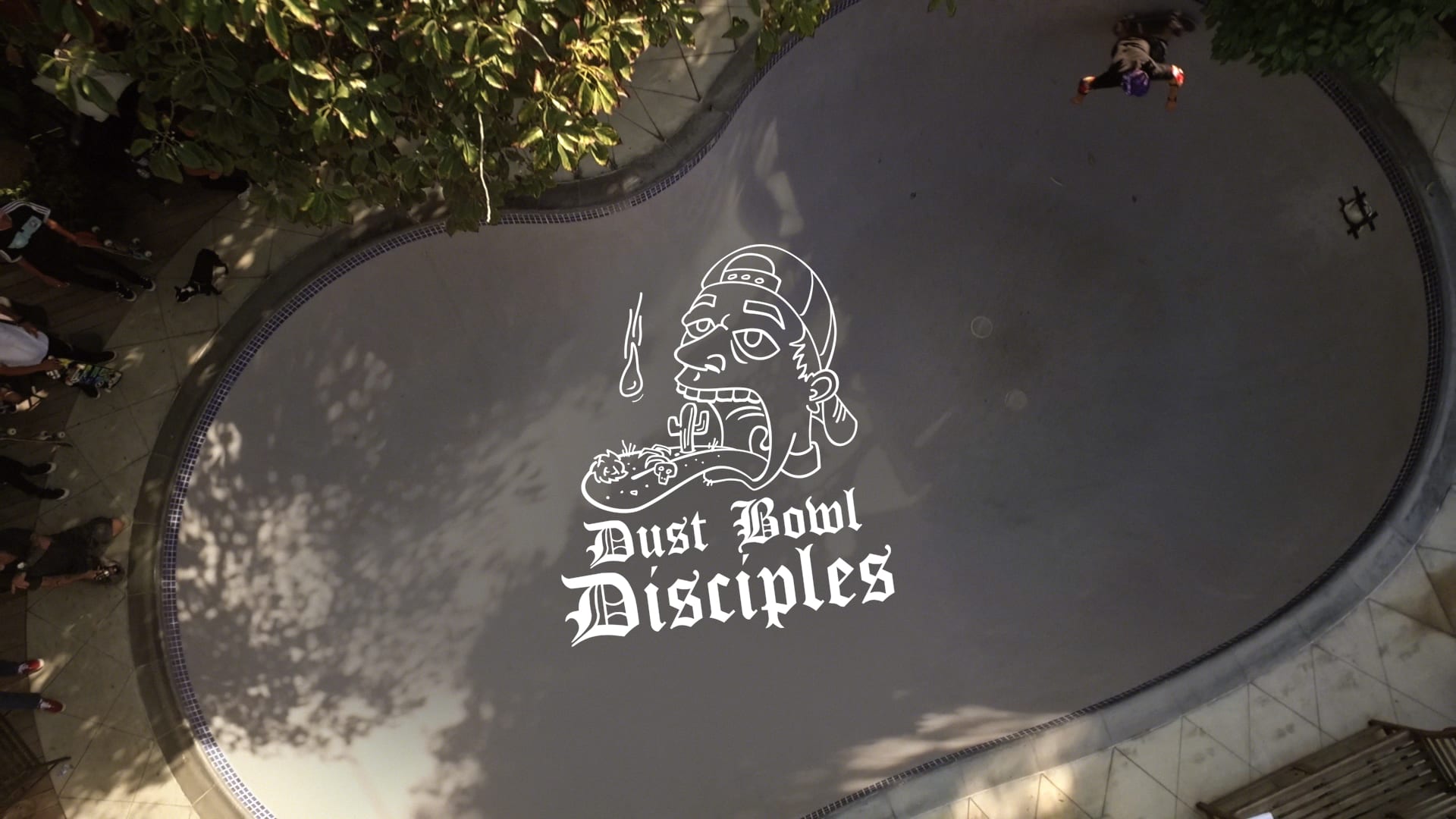 Dustbowl Disciples: Put a Ribbon on the Door if Pool is Available

Here is an excellent example of skateboarders Tony Hawk, Tony Alva, Steve Alba, Steve Olson, Arto Saari, Christian Hosoi, Coan Buddy Nichols, Nora Vasconcellos, David Gonzalez, Daniel Vargas, Vanessa Torres, Jenni Helms, Josh Henderson, Steve Bailey and Jack Fardell doing some solid grinding and crushing coping for a good cause. Take a few minutes and check out this video, drain your pool and leave a ribbon on your door if the pool is available to skate. Do whatever you can to help the Los Angeles Coalition for Water Conservation spread the word about conserving the water supply in Los Angeles and beyond. #ShredTheDrought

McGann | Zhang announced today the launch of “Dustbowl Disciples”, a project backed by The Los Angeles Coalition for Water Conservation (LACWC.org) to raise awareness around the Los Angeles drought and water conservation effort, and ultimately to affect change. “Dustbowl Disciples” links the current drought to the historic 1976 drought, where empty pools gave rise to the LA subculture of skating. The project, which includes several short films, a website (dustbowldisciples.com), social activations, and contests, connects iconic skaters and the skaters of today with the goal of raising awareness and affecting change around the LA drought.

This innovative project brings together Tony Hawk, 10 time X Games gold medalist who is widely considered one of the most influential skaters of all time; Tony Alva, the originator of vertical skating and one of the members of the original Z boys skateboarding team, which was documented in the film Dogtown and Z-Boys; Steve Alba, the Godfather of backyard pool skating; Christian Hosoi, one of the Top 5 Most Influential Skaters of All Time; Steve Olson, a member of the Skateboarding Hall of Fame and Arto Saari, Skater of the Year, 2001 for Thrasher Magazine. It also includes a host of other extremely well known and respected skaters such as David Gonzalez, Daniel Vargas, Vanessa Torres, Jack Fardell, Jenni Helms, Josh Henderson, Nora Vasconcellos, Coan Buddy Nichols and Steve Bailey. By spearheading this movement, “Dustbowl Disciples” aims to be a rallying cry to join together and help affect change through a variety of social efforts. The site also provides tips from Heal The Bay (healthebay.org) on water conservation, and encourages people to share their stories and document their conservation efforts with the chance to win a variety of skate-related prizes including skate decks signed by all of the participating skaters as well as ones signed exclusively by Tony Hawk.

“Pools are an important historical element to skate culture and an appropriate symbol for the drought. Bringing together some of the legends that started it all along with our next generation has been a great way to raise awareness to the issues surrounding the drought,” said Tony Hawk.

The campaign was created and produced by McGann | Zhang through their recently launched organization, The Los Angeles Coalition for Water Conservation, whose mission is to raise awareness around the critical state of the drought situation in LA County and beyond. The LACWC aims to elevate the conversation, raise funds, involve communities, create tools and offer practical, creative solutions to affect direct change. The LACWC’s first initiative, launched last month, was a broadcast campaign, which took a humorous look at the serious subject of wasting water.

“The drought is the most critical environmental issue we are facing here in LA and it’s imperative that everyone who lives here work together to improve this situation,” said Geoff McGann. “Our goal is to move this issue forward, and it was a true honor to work with these legendary skaters as we continue to find ways to bring this issue to the forefront and most importantly – make a difference.”

Based in Los Angeles and Beijing, McGann | Zhang is an agency whose mix of different backgrounds, non-stop drive, humility, a sense of humor, an understanding of pop culture and history, experience and imagination combine to create a unique way of looking at the world. McGann | Zhang’s employees have extensive experience in the teaching world in academic programs such as VCU Brandcenter, 72U and WK12, the distinction of having worked on some of the most iconic and thought provoking campaigns in history, and a deep-rooted commitment to improving the world we live in. Their clients include NYC Pride and Heal the Bay, and they are the founding partners of LAWC, The Los Angeles Coalition for Water Conservation.

PrevPreviousO’Mahoney Mondays: A Shoe for the Sport – Park Plus
NextTony Hawk’s Stand Up For Skateparks Benefit 2015Next