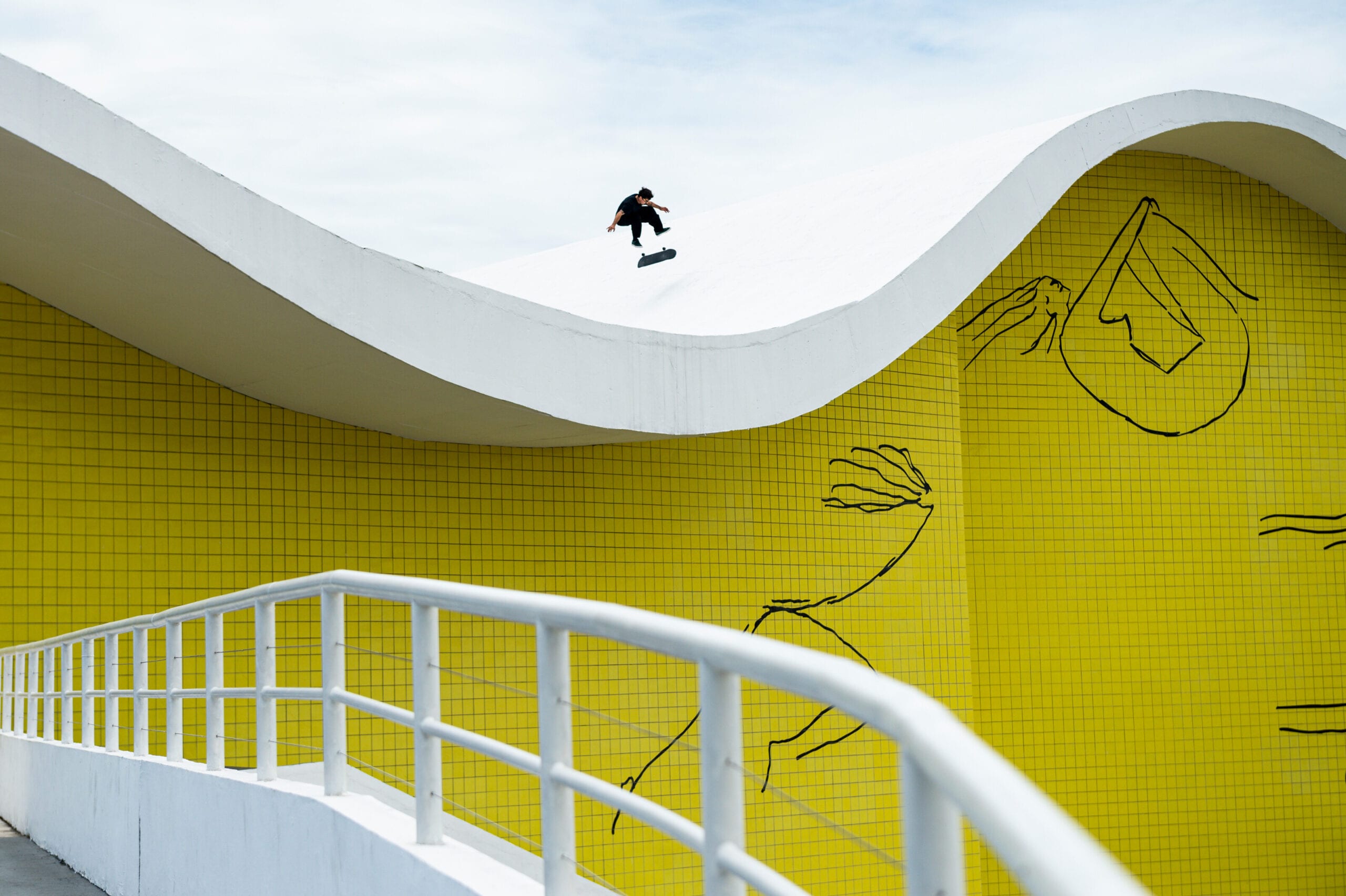 The irony of skating at buildings where it is normally illegal is not lost on Pedro Barros, who said: “We’re skating in memorials, skating in things where we never thought skating would be allowed. Security guards were here letting us skateboard and smiling with that and being happy. That was pretty insane to see. I always dreamed of skating on those skateparks that weren’t made to skate, but made 60 years ago.”

Barros and Peres were given permission by the Oscar Niemeyer Foundation, the result of which is a series of visually stunning shots on some buildings created before the sport even existed.

Carlos Ricardo Niemeyer, executive superintendent of the Oscar Niemeyer Foundation, explained: “The proposal from the beginning seemed to us an incredible idea. There is a strong identity between the universe of this sport and Niemeyer’s architecture and its values. Irreverence, freedom, the search for challenges, creativity in movement, all of this is in the essence of skateboarding as well as in Niemeyer’s work, made of free, beautiful and surprising curves.”

2020 marks the 60th anniversary of the inauguration of Brasilia, that Brazilian capital city that was built in just four years and designed by legendary architect Oscar Niemeyer.

To commemorate this anniversary and celebrate the visually-stunning city, RedBull wanted to share Concrete Dreams, a short film and image series that celebrates Brazilian architecture and its skateboarding culture.

The 15-min film produced by Red Bull, documents two of Brazil’s most notable skaters, who through permission from Brasilia, were granted a once-in-a-lifetime opportunity: ride 13 of the iconic landscapes designed by legendary architect, Oscar Niemeyer.

Niemeyer helped develop and build the city of Brasilia, so to pay tribute to him, Pedro Barros and Murilo Peres fulfilled their lifelong dreams of skating his structures, that have since defined worldwide modern architecture. Almost all of Niemeyer’s constructions are off-limits to the general public, which is what made this opportunity truly unique.

Head to RedBull.com or YouTube to stream Concrete Dreams, and watch the two Brazilians skate the curvy flowing, concrete-heavy architectures, including the iconic Brasilia Cathedral and National Congress Palace.

Check out the full story & more photography from the project here: https://www.youtube.com/watch?v=xceuWCtrdGA

Get the FREE Red Bull TV apps for all your devices: http://onelink.to/yfbct7