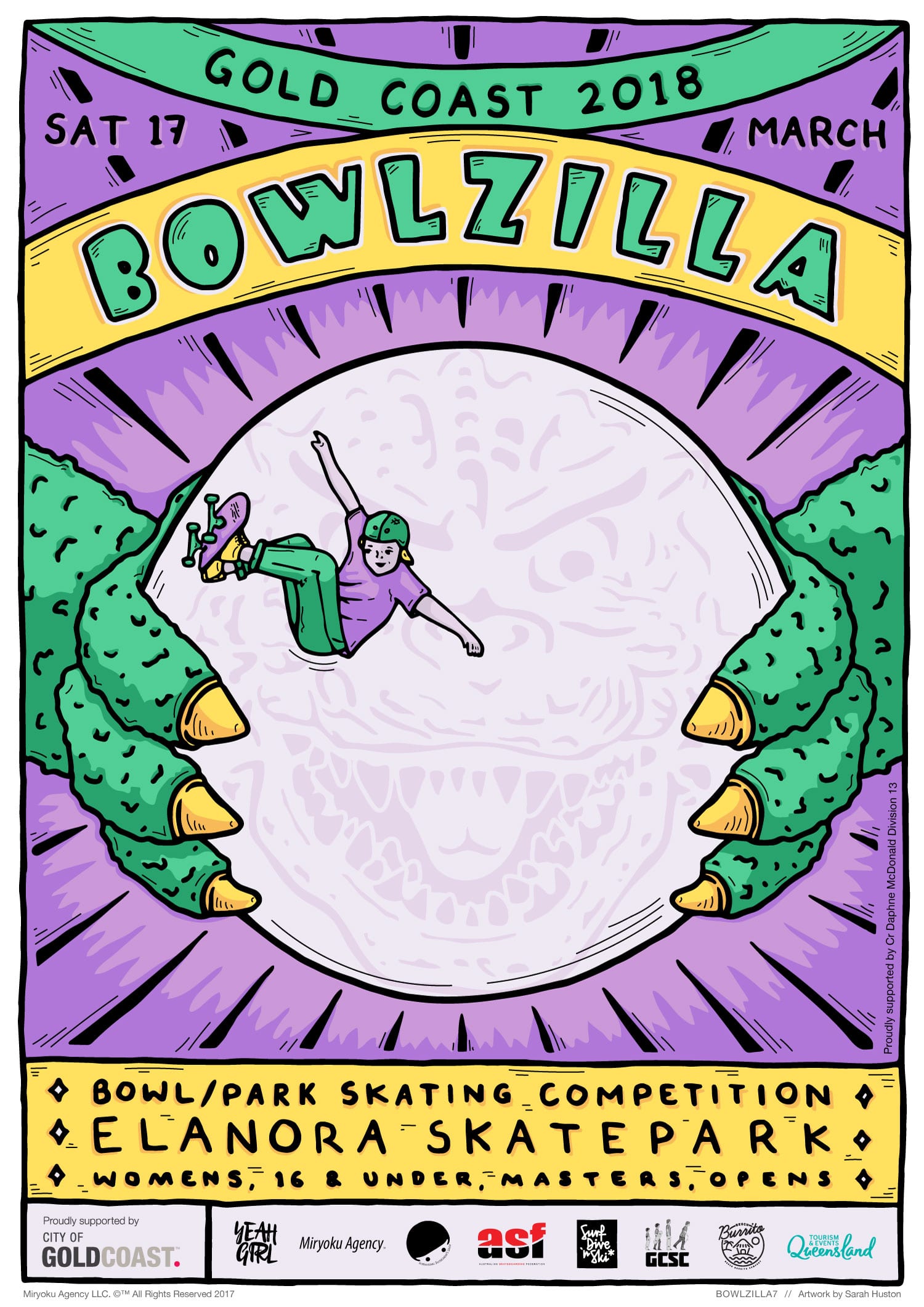 We are stoked to announce the highest paid Equality-in-Skateboarding event in Australian history… Check out this press release!

Yeah Girl and Surf Dive ‘n Ski have partnered up to assist BOWLZILLA in creating the highest paid Equality-in-Skateboarding event in Australian history. Australian Skatepark League launched 2017 with equal pay for the first time in Australia in both the Open and Women’s divisions and in 2018 BOWLZILLA Gold Coast gratefully acknowledges and raises that bar. As the international women’s skateboarding community grows stronger and blazes their own path, BOWLZILLA is proud to do its part in supporting them.

“To be able to work with BOWLZILLA and help to raise funds for an equal prize purse is an honor. It’s something that the women’s skate community has been constantly pushing for and it’s great to finally have events like BOWLZILLA, that support the push for equality and recognize the talent and dedication in women’s skateboarding.” Yeah Girl – Director; Sarah Huston.

The foundation all of this is built on is the incredible support and recognition of skateboarding by City of Gold Coast. CoGC has built more skateparks per capita than any other city in Australia, which has provided the best stage to produce an event like BOWLZILLA Gold Coast. This year Tourism and Events Queensland are facilitating the opportunity to promote and boast about that epic achievement and the fantastic community it represents.

The Queensland Government, via Tourism and Events Queensland, is proud to support BOWLZILLA which features on the It’s Live! in Queensland events calendar. Queensland, just the place to experience Australia’s best live events.

BOWLZILLA Gold Coast is not just a skateboard competition, it is a festival of skateboarding. As part of the festival this year there is; a girl’s learn to ride clinic with Yeah Girl, Gold Coast Skateboard Coaching and Surf Dive ‘n Ski, art shows, food and parties with Beach Burrito Company, Yeah Girl and Surf Dive ‘n Ski and loads of gathering and sessions at the many amazing skateparks the Gold Coast has to offer.

City of Gold Coast Councillor Daphne McDonald has given huge support to skateboarding on the Gold Coast through; funding facilities, upgrading and maintaining those facilities so they can support amazing events like BOWLZILLA Gold Coast and even supporting those events that promote the best of the Gold Coast community both near and far. “I am proud to partner with BOWLZILLA for the third consecutive year and sponsor the largest meet for skaters in Queensland at Pines Skate Bowl at Elanora. The growth of BOWLZILLA is really exciting as the Gold Coast sets the stage for this first class athletic and creative international event. BOWLZILLA is a festival bringing together, world champion and local skaters , music and art. An event for the whole of the Gold Coast community to enjoy.” City of Gold Coast – Councillor Daphne McDonald.

More and more riders from around the world are being drawn to this fast paced, exciting and fun part of skateboarding. With the growth in public skateparks around the world, which means easier and less restricted access to this type of skating plus how much fun it is, it is no wonder it is the fastest growing part of the community.

“BOWLZILLA Gold Coast is the biggest gathering of skateboard generations in Australia at a by skaters for skaters event. We are about our community 100%. The incredible support we receive from GCCC, TEQ, Yeah Girl x Surf Dive ‘n Ski, ASF and everyone else in supporting skaters as they want to be supported and represented is something we work very hard to honour year in year out. What we are achieving this year is a huge testament to our communities strength. Equality in Skateboarding has taken another step forward. ” Chad Ford; BOWLZILLA – Director. 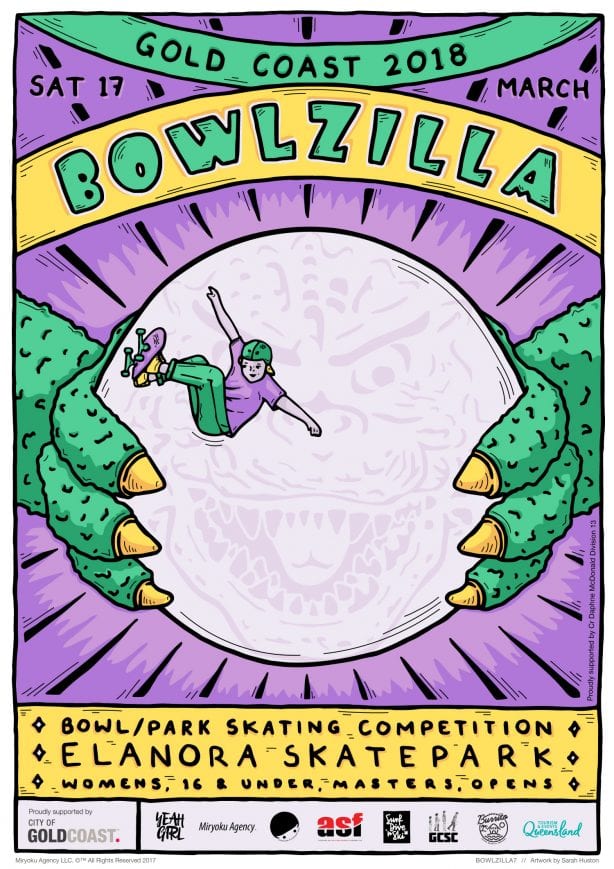