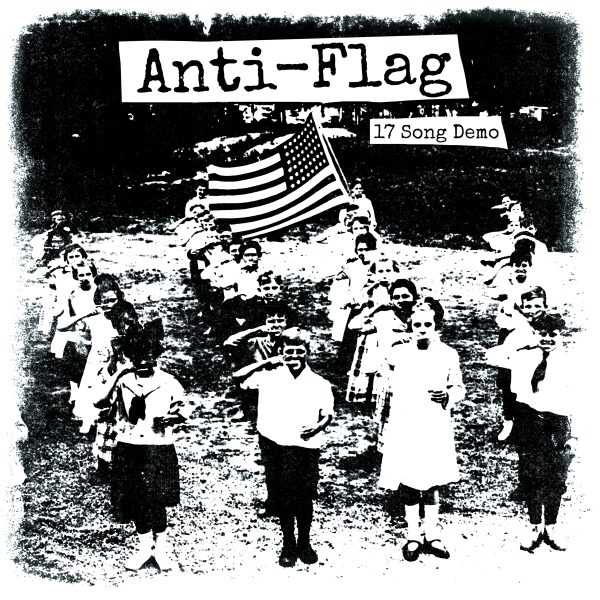 Anti-Flag has been creating and spreading powerful political messages through the underground roots of punk rock for decades, with a focus on unveiling persistent prejudices and slandering systematic oppression.

The early days of Anti-Flag, in Pittsburgh, PA, in the ’80s, were difficult, as band members steadily came and went. The band even called it quits a day after its first show, yet singer/guitarist, Justin Sane, and drummer, Pat Thetic, kept the ambition alive. In 1992, after adding Andy Flag on bass, Anti-Flag was re-formed, and the first rough recordings were composed.

The result was “17 Song Demo”, which was self-released on cassette tapes, and eventually landed the band a label deal with New Red Archives, leading to the audacious debut of Anti-Flag’s first album “Die For The Government.”

The same recordings that started the band’s journey of spreading awareness through punk rock are now being released on August 20th, 2021, after being locked away since the early ’90s. The songs on the demo are the original versions and will be available on digipak CD and silver or red-colored vinyl in a gatefold jacket. The “17 Song Demo” includes Anti-Flag classics, like “Drink Drank Punk” and “Red, White, & Brainwashed,” and 10 tracks yet featured on any albums.

The collection also includes a special 18th track – a ferocious cover of Mission Of Burma’s “That’s When I Reach For My Revolver” now available on all digital platforms.

17 Song Demo will be available everywhere starting August 20 on digipak CD and on vinyl in your choice of either SILVER or RED colored vinyl in a gatefold jacket!

1. They Don’t Protect You

4. Your Daddy Was A Rich Man (Your Daddy’s F*cking Dead)

18. That’s When I Reach For My Revolver